Home News Cops warned over a year ago about suspect in school hit-and-run that...

THE suspect in the school hit-and-run that killed Harley Watson had been the subject of complaints to police for several years, it emerged yesterday.

Neighbours of Terry Glover, 51, and parents of pupils said they told cops about him several times before Monday’s tragedy.

Cops are being investigated over claims that they did not follow up the complaints.

Essex Police referred itself to the police watchdog, the IOPC, over “previous contact” officers had had with Glover.

One neighbour said: “He has been reported to police before. If you get a lot of reports about the same person, you would think they would keep an eye on them. This could have been prevented.”

Police were last night quizzing Glover, who was arrested late on Monday, and investigating claims he tried to hit pupils outside another school just ten minutes before 12-year-old Harley’s death.

The lad’s heartbroken family paid tribute yesterday to their “helpful and lovely boy” and friends described him as a “little man with a big heart”.

A mass of tributes were laid at the gates of Harley’s school. 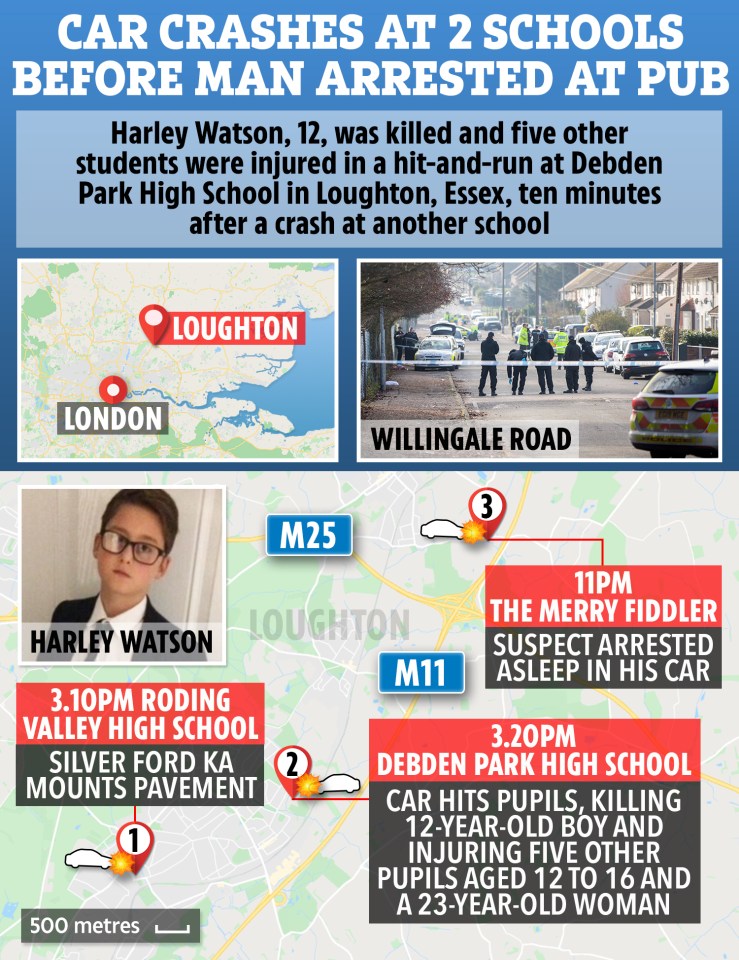 
Man held for murder of boy, 12, after school hit-and-run found asleep in car

Head teacher Helen Gascoyne said the school had been “devastated” by the death of one of its students and that pupils would be offered counselling.

Glover was arrested at the Merry Fiddlers pub, near Epping, Essex, late on Monday after the landlord spotted him sleeping in his car in a sleeping bag.

Cops lit up the car with floodlights and then smashed windows and dragged him out.

Who is Lewis Capaldi? Age, girlfriend and biggest songs

LOVE Island fans have been left furious at Jess Gale for mocking Nas Majeed’s height – and then falling for Luke Mabbott who...

MANCHESTER UNITED’S search for January reinforcements rumbles on after an embarrassing 2-0 defeat at home to Burnley in midweek. The Bruno Fernandes saga has...

Pancreatic cancer symptoms: Signs in your poo that could signal the deadly disease

Pancreatic cancer is mostly diagnosed in those aged between 85 to 89 years old, according to Cancer Research UK. Sadly, the survival rate...

SINCE the dawn of time, men have been worrying about the size and strength of their todgers. However, a top fitness expert and ‘biohacker’...

How to live longer: Five habits you need to eliminate to increase your life...

A healthy lifestyle is key in enjoying the later years in life. Don’t burden yourself with life-threatening diseases and cancers – look after...

AT&T to pay $60 million over claims about misleading ‘unlimited’ data...

Pancreatic cancer symptoms: Signs in your poo that could signal the deadly disease