Coleen Rooney shows off her sizzling curves in a leopard print bikini
Coleen Rooney looks forlorn as she picks up her daily coffee amid Becky Vardy battle
Coleen Nolan, 55, reveals she is messaging a 38-year-old man on social media

She recently returned from a sun-soaked getaway to Barbados with her husband and four children.

And Coleen Rooney showed off her holiday tan as she stepped out for a rare date night with Wayne, 34, at The Ivy in Manchester on Saturday night.

The WAG, 34, put on a leggy display in denim shorts which she teamed with a silky white blouse for the glamorous evening. 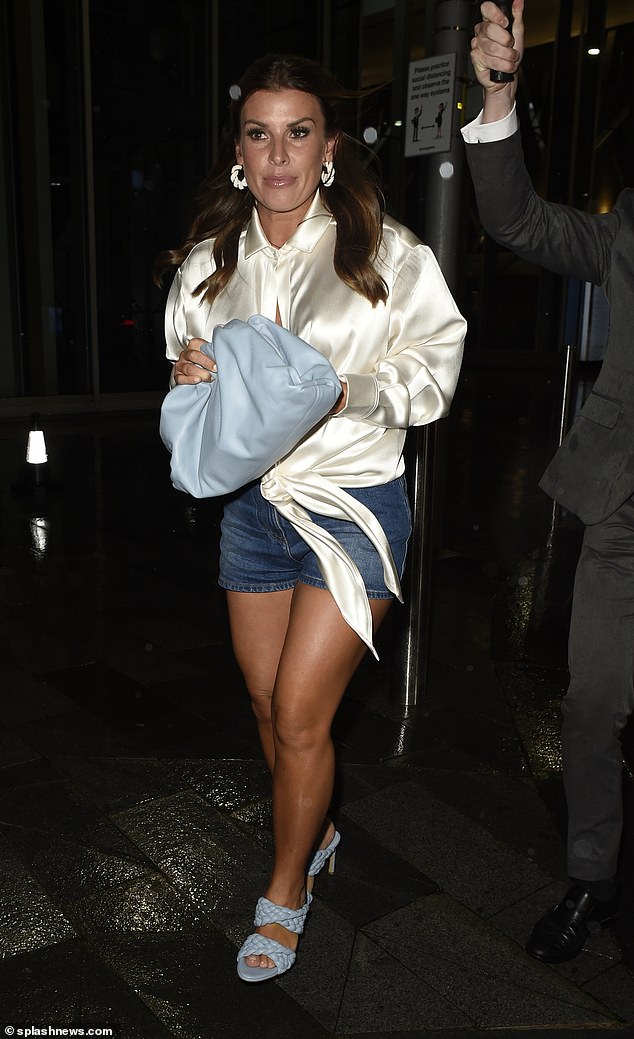 Tanned: Coleen Rooney put on a leggy display in denim shorts for a date night with husband Wayne at The Ivy in Manchester on Saturday

She wore her dark tresses loose over her shoulders and opted for a glowing makeup look.

Wayne looked casual in a green long-sleeved top and jeans as he joined his wife heading into the restaurant during a downpour. 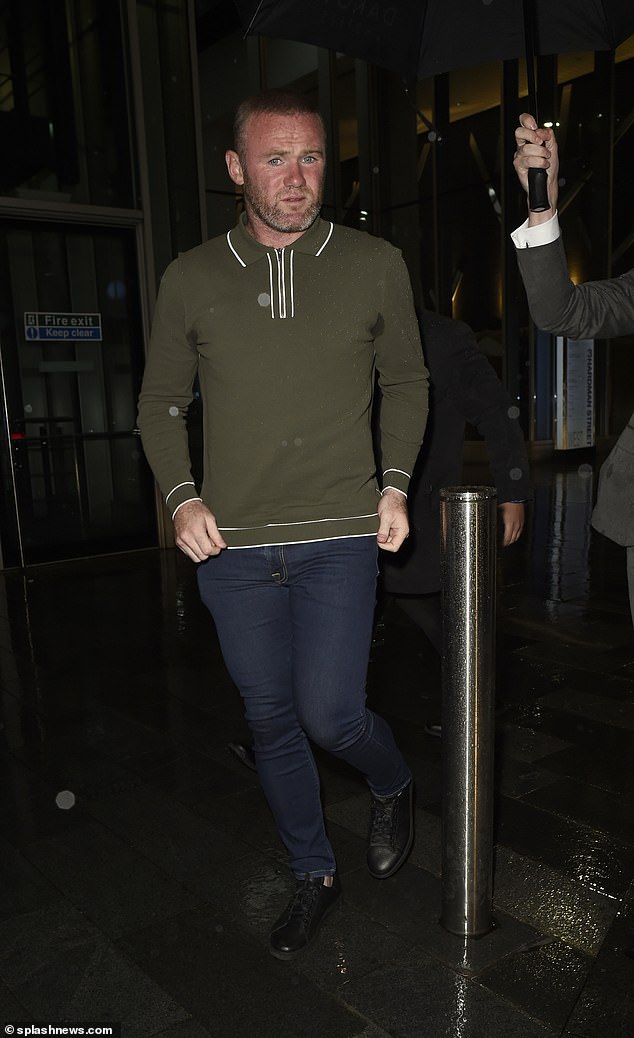 Trendy: Wayne looked casual in a green long-sleeved top and jeans as he joined his wife heading into the restaurant

Coleen had enjoyed several weeks in Barbados with her family, with current government rules stating those returning to the UK do not have to quarantine after travelling to the country.

On Monday, Coleen was spotted heading into the Barbados airport with her family, though husband Wayne was absent, having flown home earlier to begin pre-season training with his current club Derby County. 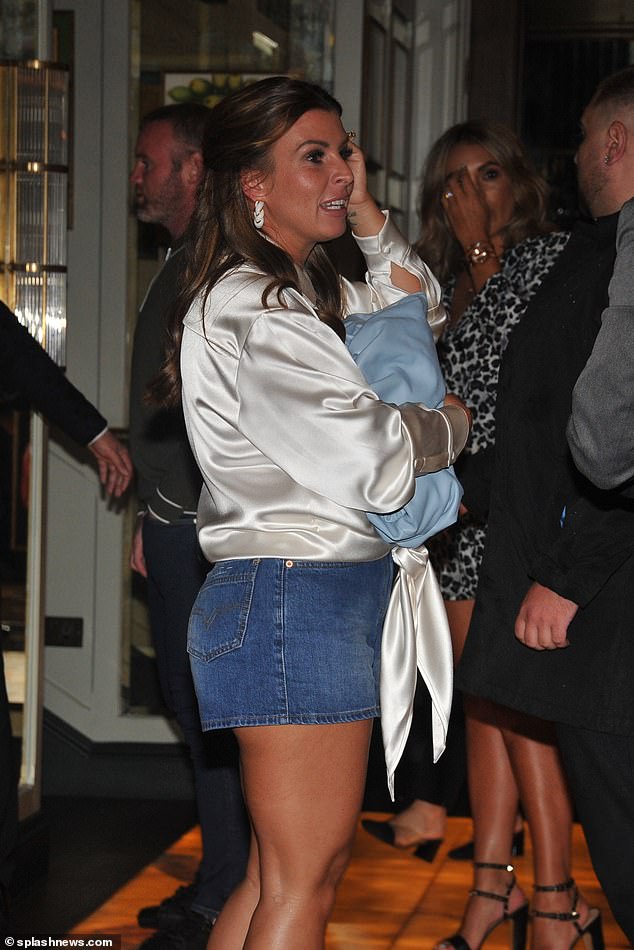 Radiant: She wore her dark tresses loose over her shoulders and opted for a glowing makeup look 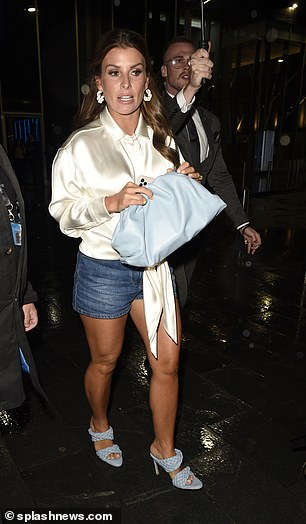 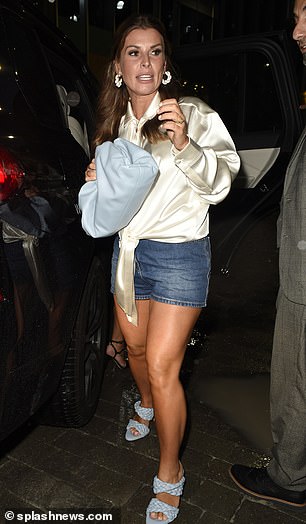 Legs for days: Coleen showed off her holiday tan as she stepped out for a date night with Wayne 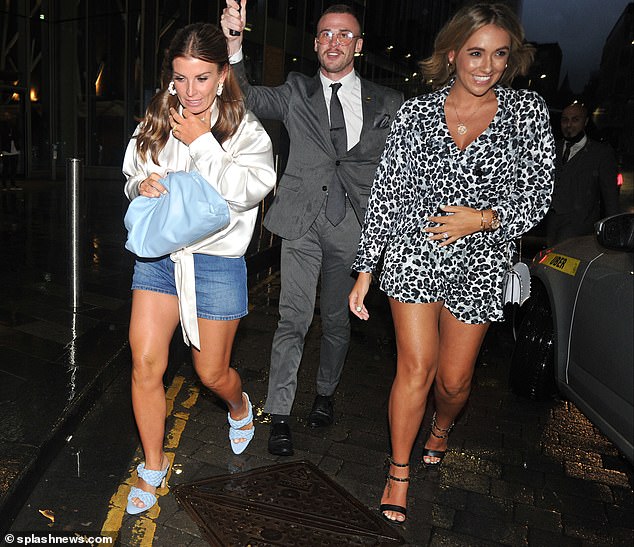 Bad weather: The couple were joined by several friends for the outing and were shielded from the rain by a man holding an umbrella 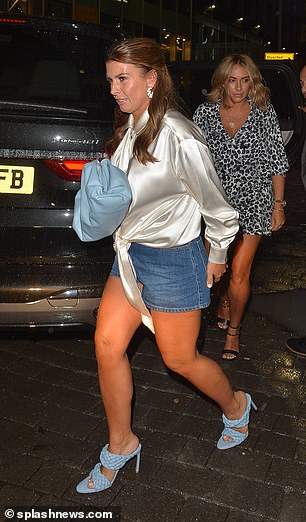 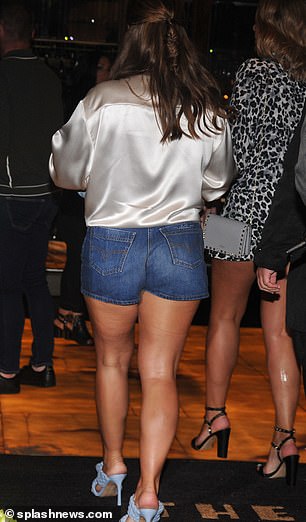 Night out: Coleen no doubt needed the night out after her recent drama with WAG Rebekah Vardy 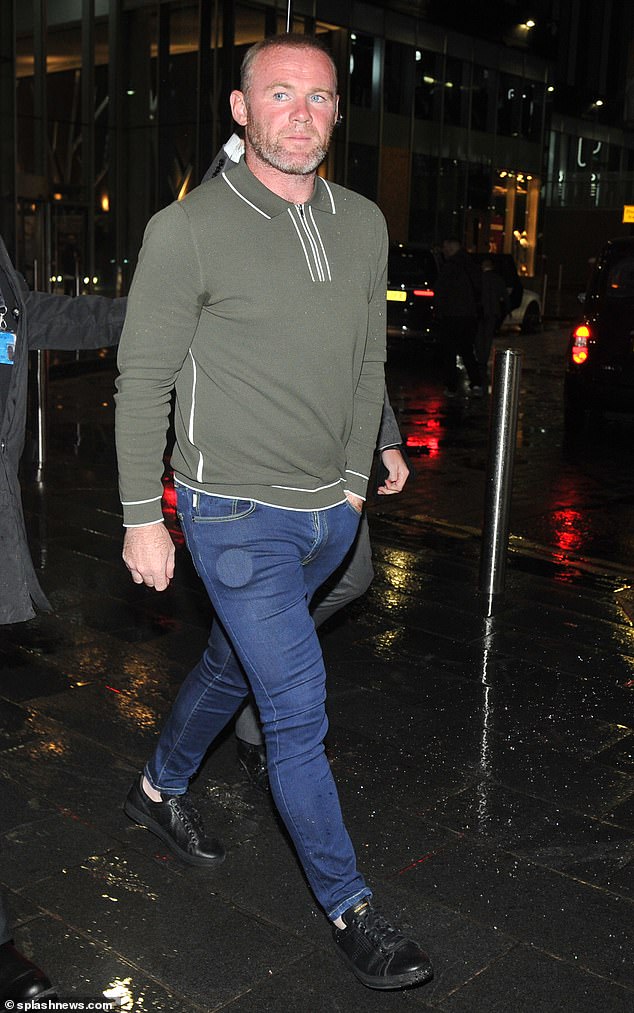 Stepping out: Wayne looked annoyed that he had been caught in the rain on Saturday 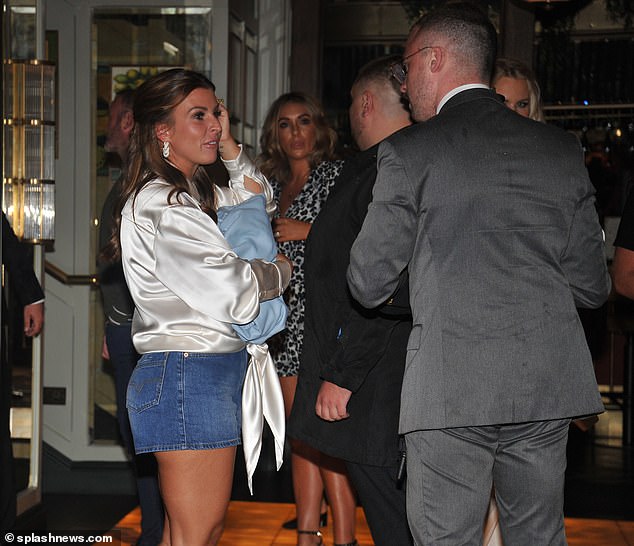 Friendly: Coleen stopped to chat to some friends as she headed into the restaurant in Manchester 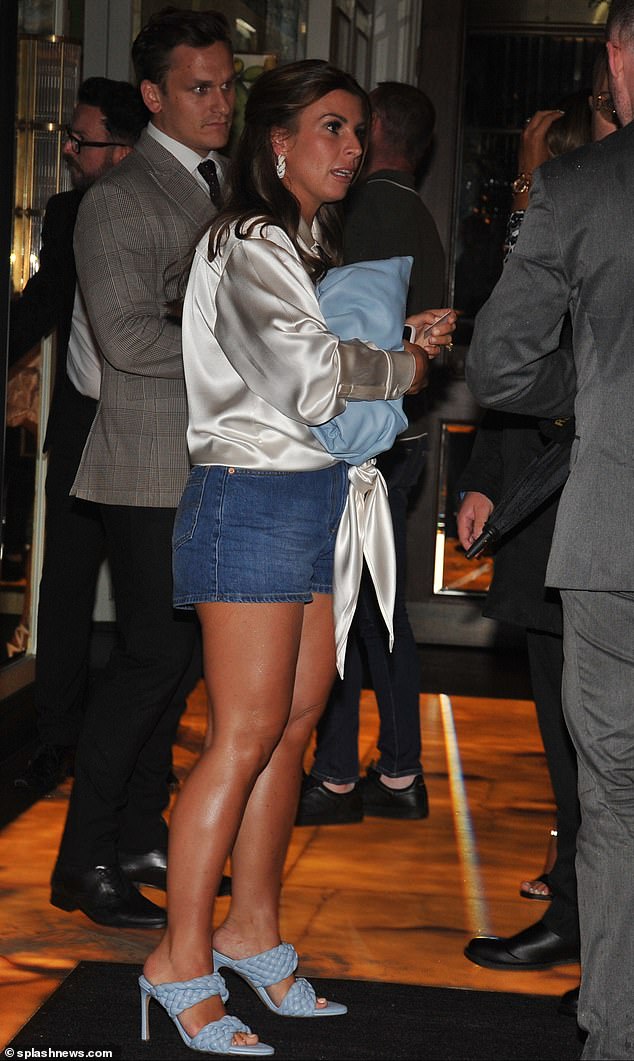 Date night: Wayne and Coleen were seen arriving at The Ivy in Spinningfields Manchester for dinner on Saturday 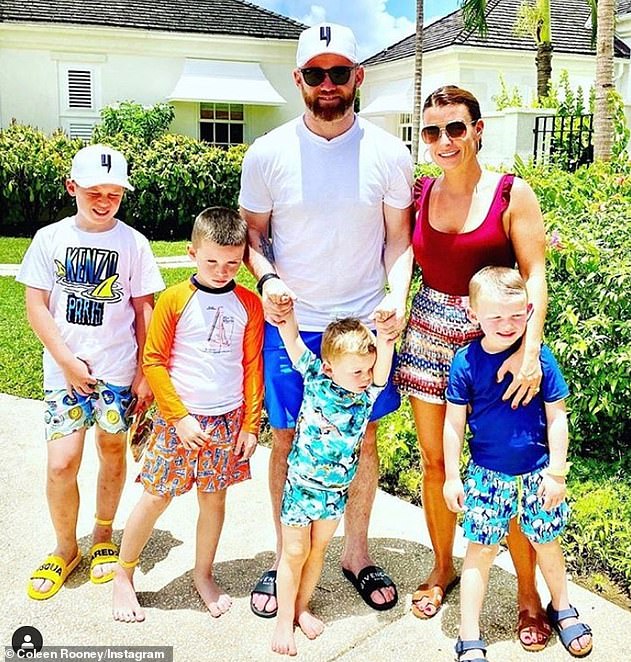 Fun in the sun: She recently enjoyed a sunny getaway to Barbados with her husband Wayne and their four sons Kai, 10, Klay, seven, Kit, four and Cass, two 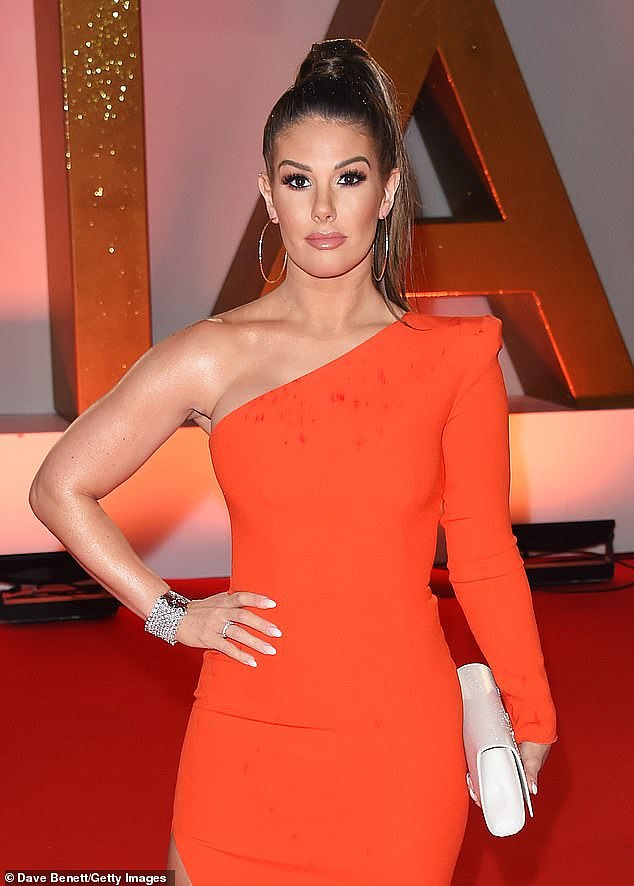 It’s war: Coleen was also accused of leaking stories to the press by Rebekah Vardy (pictured) earlier this month

Do you know the name of Daryl Braithwaite's biggest hit? 0