He’s the cheeky Brit who all the girls were hoping to see on the upcoming season of Bachelor in Paradise.

But a new trailer released by Channel 10 on Friday shows that Ciarran Stott’s stint in Fiji might not turn out how he hoped.

The dramatic footage shows the hunk being confronted over a ‘dark secret’ from his past before he storms off and tells everyone that he’s ‘going home’. 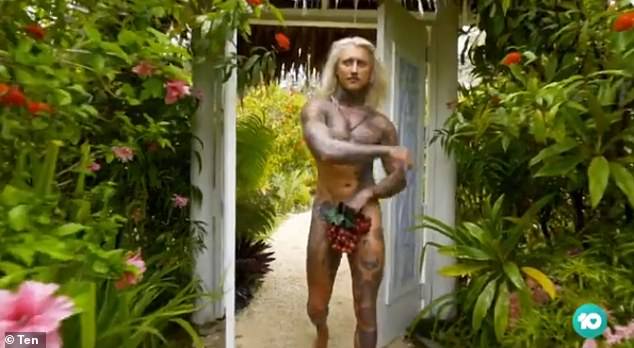 Exposed! A new promo for Bachelor In Paradise released on Friday shows fan favourite Ciarran Stott (pictured) reaching his  breaking point after he is outed as a potential love rat

The juicy promo opens with Ciarran entering the island as his typical cheeky self – completely naked except for a bunch of grapes covering his manhood.

‘I’ve come to paradise to find someone I can fall in love with who can be my best friend,’ he says, while the women fawn over him.

However, Ciarran’s ‘dark secret’ appears to go back to his time while dating Bachelorette Angie Kent last year. 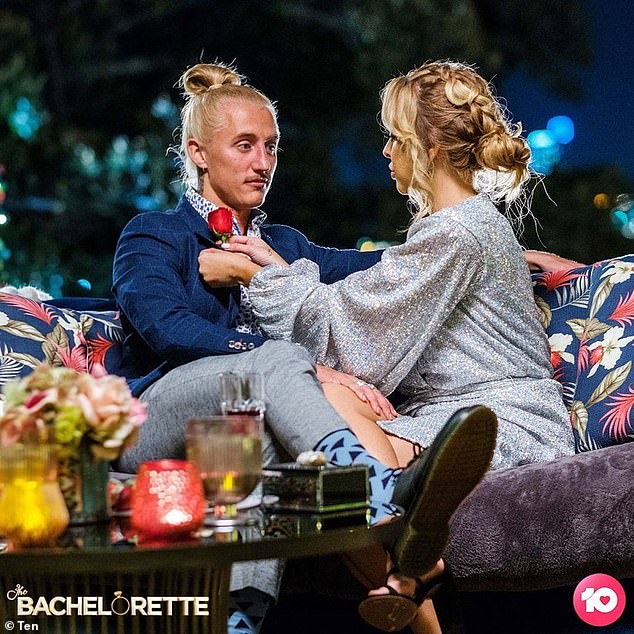 Does it involve Angie?  However, Ciarran’s ‘dark secret’ appears to go back to his time while dating Bachelorette Angie Kent and he abruptly left after his grandmother passed away (Pictured with Angie)

The heavily tattooed hunk ends up on the island with his ex-girlfriend Renee Barret, who appeared on Matt Agnew’s season.

After Ciarran abruptly left Angie when to his beloved grandmother passed away, rumours have plagued him and Renee that they hooked up.

And it appears that at least one of their Bachelor in Paradise co-stars believes something fishy is going on and is about to call him out for being a love rat. 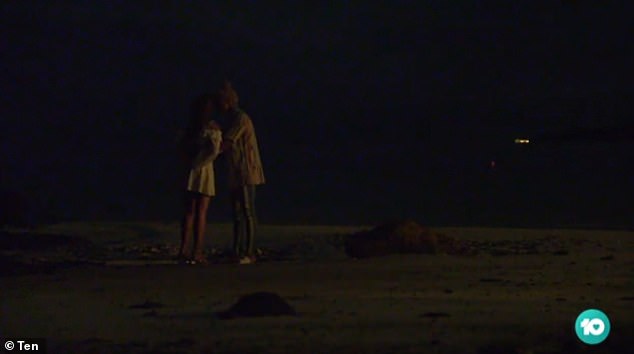 Juicy! The footage then cuts to one of his co-stars confronting Ciarran in a dark corner on the beach away from the other contestants

‘I want to get to know the truth about his past relationship,’ one of the women says off-camera.

She adds: ‘I’ve heard there is still something going on.’

‘Nobody knows what he did, there is just so much he’s lied about,’ she concludes. 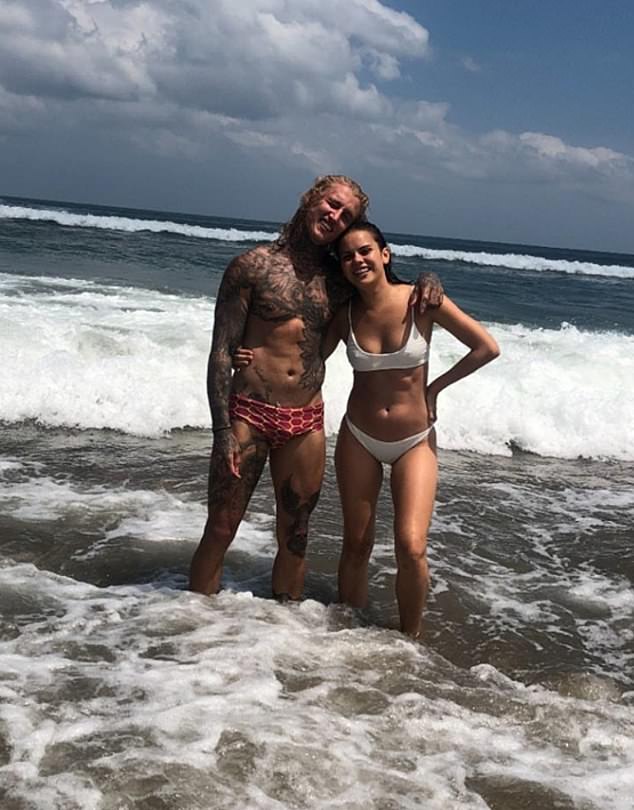 ‘I want to get to know the truth about his past relationship,’ one of the woman says off camera about Ciarran, who is on the island with his former girlfriend Renee Barrett (Both pictured)

The footage then cuts to one of his co-stars confronting Ciarran in a dark corner on the beach away from the other contestants.

‘None of these people know that while you were in the mansion you…’ she says.

Next, Ciarran dramatically throws down his napkin and walks out of a dinner party. 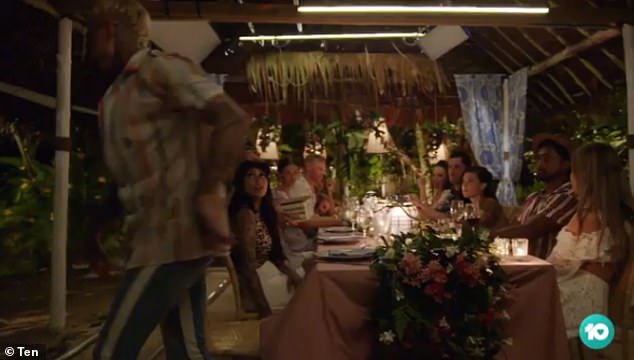 ‘I’m going home, I’m done,’ the tattooed hunk tells stunned onlookers as he storms out of a dinner party

Ciarran recently revealed he is afraid he is going to get the ‘villain edit’ when the show airs next month.

He told the Manchester Evening News in April that while he doesn’t regret his time on the show, his public image may well be tarnished when it goes to air.

‘I think I’ll go from the sweetheart of Australia to the bad boy of Australia so that won’t be good,’ he said.

‘My ex-girlfriend [Renee Barrett] was on there as well, which isn’t ideal, and I just thought I was on Love Island so was trying to get with every bird possible,’ he added. 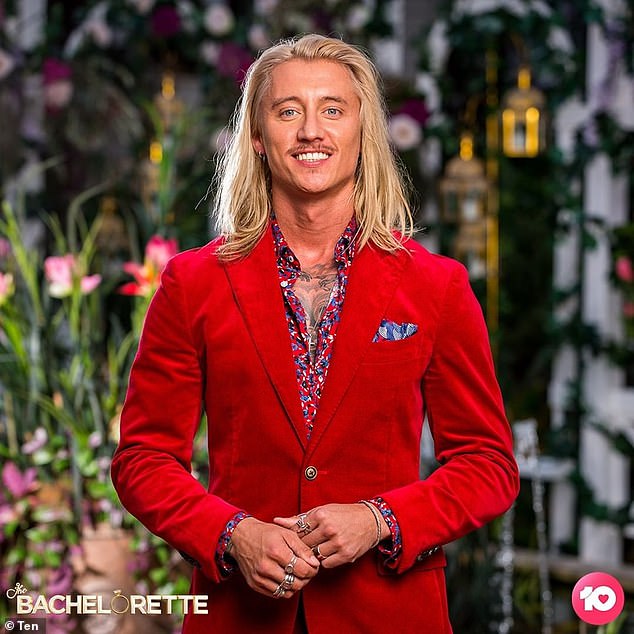 ‘I’ll go from sweetheart to bad boy’: As fans count down the weeks until Ciarran Stott (pictured) debuts on Bachelor in Paradise, the heavily-tattooed hunk is convinced he’ll get a ‘villain’ edit