Ciara shares 'fitness game plan' ONE MONTH after having baby

Ciara is giving herself a goal to get back in shape after giving birth to her third child – son Win Harrison Wilson – just last month.

The R’n’B chanteuse posted a snap of herself on Monday, declaring that she had 48lbs left to lose and is about to embark on a new fitness ‘game plan.’ 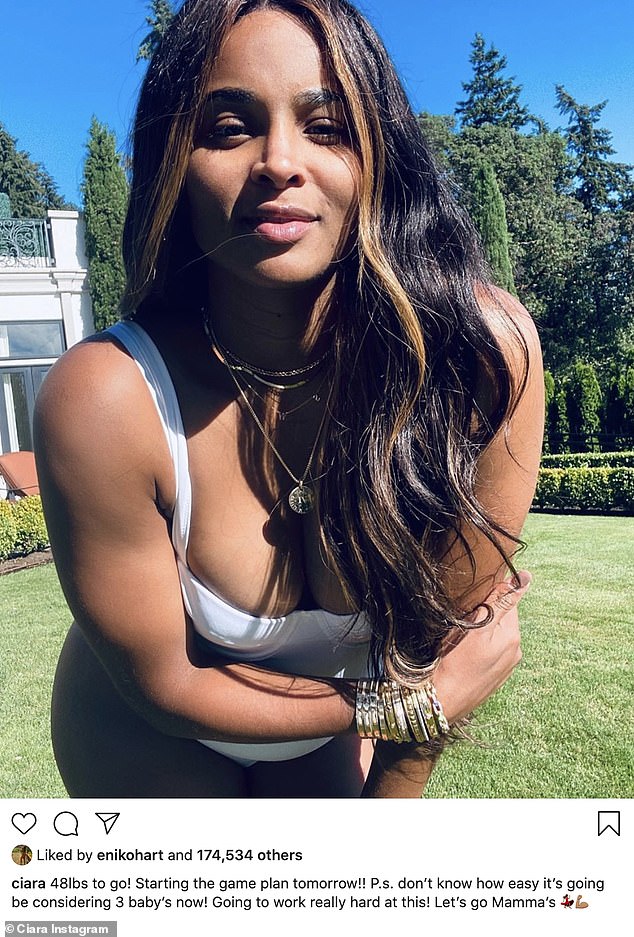 Working hard: Ciara declares she has 48lbs left to shed ahead of new fitness ‘game plan’ just a MONTH after giving birth to son Win

Ciara – who is married to Russell Wilson – also has a daughter Sienna Princess Wilson, three, and a son, Future Zahir Wilburn, six, from her previous relationship with rapper Future.

Even when heavily pregnant, Ciara was keeping up a very active lifestyle. 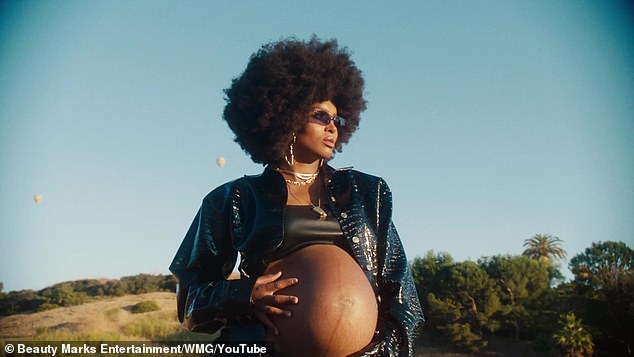 Bump and grind: The singer worked throughout her pregnancy, showing off her baby belly in the video to her song Rooted

She put on a fiery performance in the video to her latest song Rooted, which featured her dancing vigorously with her bump on full display.

The singer was promoted the song throughout July all the way leading up to the birth of her new son.

Both Ciara and Russell excitedly took to Instagram following the birth, revealing that their baby boy had come out weighing 8lbs 1 oz. 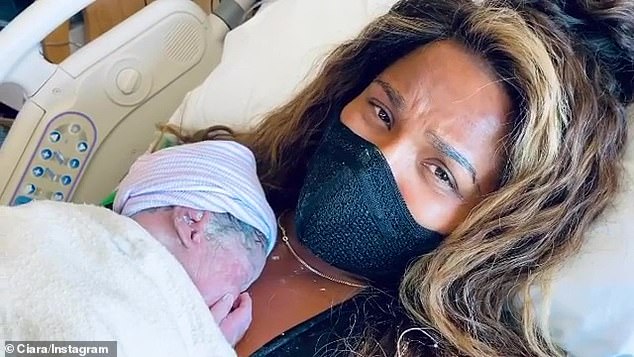 Birth: The singer welcomed her third child in July

The NFL star also uploaded a picture of himself beaming as he lay shirtless on a sofa in Ciara’s hospital ward to do skin-to-skin with the baby.

Ahead of the birth, he appeared on Jimmy Kimmel Live! and told guest-host Joel McHale he was unsure if he would be able to attend the birth of his son.

The NFL training camps are scheduled to open next week, and if Ciara had given birth after that point, coronavirus concerns may have kept Russell from the hospital.

‘I think she needs me in the hospital! You know, she last time, she grabbed my hand, she almost broke my hand,’ he remembered. 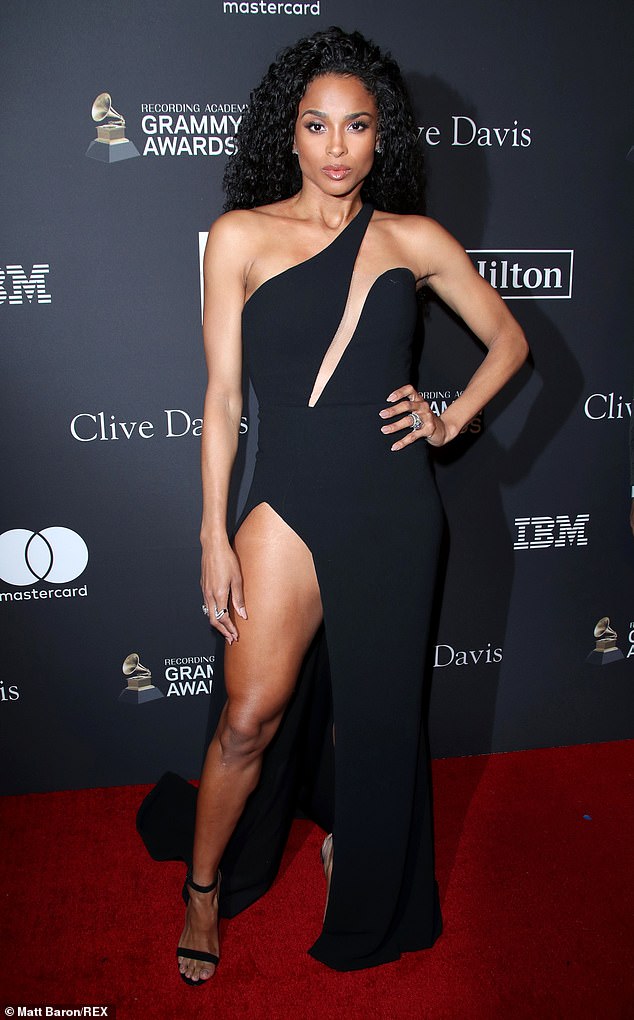 Goals! Ciara in February last year at a Grammy party

‘And she was squeezing my right hand, I said: “Baby, baby, baby, other hand.” So she grabbed my left, so you know, hopefully she’ll know this this time,’ he quipped.

Ciara announced her latest pregnancy with a breathtaking Instagram snap taken on a beach during a trip to Turks And Caicos.

The couple are devout Christians who abstained from having sex during their romance until they married in 2016 at Peckforton Castle in Cheshire, England.

Best supplements for men: The herbal extract that boosts fertility and heart health 0

Jenna Dewan reveals the challenges of balancing a newborn, a toddler and self-care in the pandemic 0