For chaps like me, nothing beats the sight of a soaring Spitfire: CHRISTOPHER STEVENS reviews last night’s TVBy Christopher Stevens fo


For chaps like me, nothing beats the sight of a soaring Spitfire: CHRISTOPHER STEVENS reviews last night’s TV

By Christopher Stevens for MailOnline

The Battle Of Britain

The Secret She Keeps

To us chaps of a certain age, which I certainly am, there is no sight more glorious than a soaring Spitfire overhead.

Naked can-can dancers could lead the Loch Ness monster down the runway with Elvis Presley riding on its back and we wouldn’t spare the parade a glance.

So my initial response was one of undiluted envy as Kate Humble introduced The Battle Of Britain (C5) from the passenger cockpit of a restored two-seater Supermarine Spitfire.

It was impossible to begrudge Kate her good fortune.

She was so plainly overawed to be flying in this veteran of World War II. 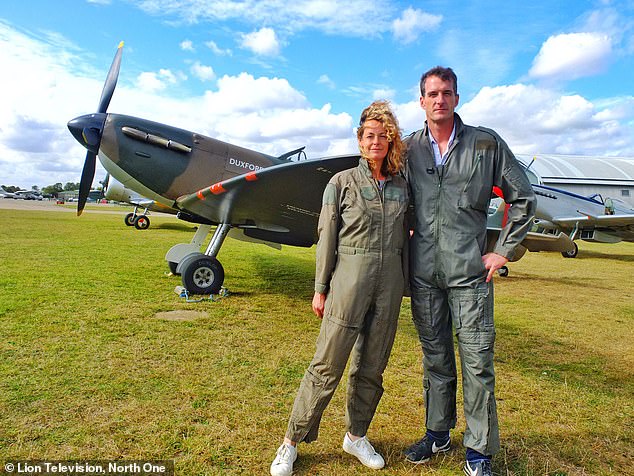 Pictured: Kate Humble and Dan Snow with Spitfire at Duxford Airfield on The Battle Of Britain: 3 Days That Saved The Nation

It was like no flight she’d ever known, she shouted over the engine noise: ‘It’s so loud and I feel so exposed.

‘I’m feeling every part of being in the air, I kind of feel like I’m a bird.’

This was the first of a trio of documentaries, subtitled Three Days That Saved The Nation, and focusing on key moments in the aerial war that defined Britain’s resistance to German invasion, 80 years ago.

The opening programme examined events not only over the Kent coastline, but across the country on August 15 — the one day above all that inspired Winston Churchill to pay tribute to ‘the Few’ who held back the Nazi blitzkrieg.

As Kate and co-presenter Dan Snow explained, the heroes of the Battle of Britain were not only the pilots who, heavily outnumbered, flew constant sorties to turn back the Luftwaffe bombers.

They were also the ground crew and the personnel in underground operations rooms and bunkers.

These included Women’s Auxiliary Air Force clerk Joan Fanshawe, who was just 19 when she was assigned to ‘special duties’ in the war room 60ft below the West London streets, where a map covered a table as big as a tennis court.

Joan was a ‘plotter’.

Her job was to slide wooden blocks across the map with a pole like a snooker cue, according to the top-secret radar reports.

Each block represented a squadron of aircraft.

It’s staggering that, with a system barely more complicated than a game of Battleships, RAF Fighter Command was able to fend off Hitler’s airborne terror squads as they attacked in waves from France, Germany and Norway.

Almost as extraordinary was the matter-of-fact bravery revealed in the teenage Joan’s diary, when the survival of her country relied on her and a handful like her.

By uncovering her story, with other accounts of the very young and otherwise ordinary people who were the heroes of the hour, this enthralling series casts a new light on those ‘Few’ to whom we owe so much.

There are no heroes in The Secrets She Keeps (BBC1), the Australian psychodrama starring Laura Carmichael as a pathological liar so intent on becoming a mother she fakes a pregnancy. 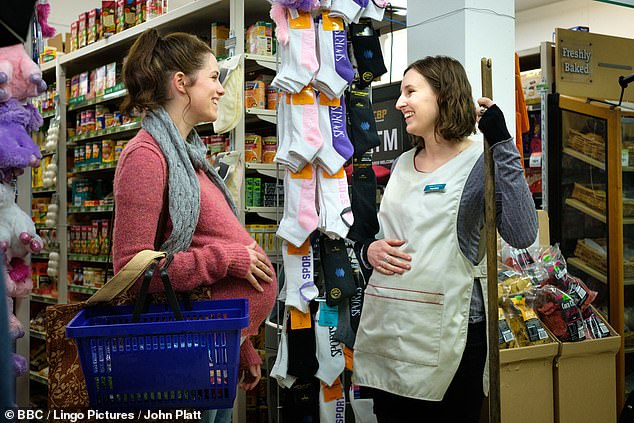 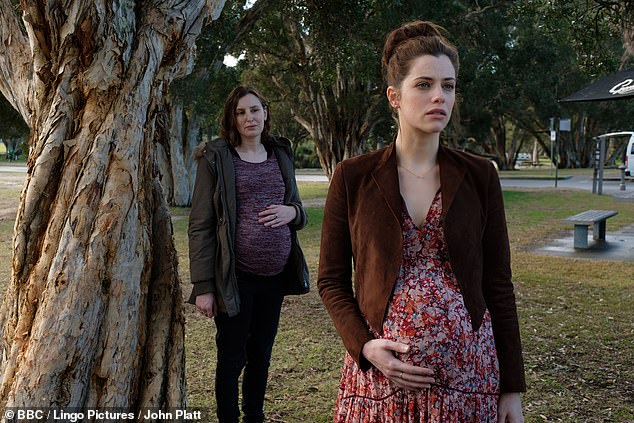 Exactly how this will help her fulfil her obsession isn’t yet clear — but since she spends every night spying on the house of mum-to-be Meghan (Jessica De Gouw) and we left her studying the ground plans of the hospital where Meghan will give birth, we can form a pretty good guess

Exactly how this will help her fulfil her obsession isn’t yet clear — but since she spends every night spying on the house of mum-to-be Meghan (Jessica De Gouw) and we left her studying the ground plans of the hospital where Meghan will give birth, we can form a pretty good guess.

After a lurid first episode, tracing a complex criss-cross of deceit and falsehoods, the danger was that this tangled web would just become a messy knot.

So far, though, the threads have stayed taut. Sooner or later, someone will get strung up . . . but whether that’s scheming Agatha, unfaithful Meghan or her slimy husband Jack, it’s impossible to predict. This drama has me in its snares.

These Piri Piri Prawns By Uncultured Cafe Are a True Party-Starter, Tried It Yet? 0

Beauty salons open: When can I have my eyebrows waxed? 0

JetBlue CEO: There's a lot of pent-up demand for travel 0

This CEO has flown 33 times and spent 160 nights away this year. Here's his safety routine 0

Aldi garden deals: Supermarket launches a range of plants and succulents from just £2 0