And Christine McGuiness appeared to still be in good spirits as she sent out ‘positive vibes’ in an Instagram post on Saturday.

The model, 32, looked sensational in a chic black swimsuit as she leant forward and held a manicured finger to her lips. 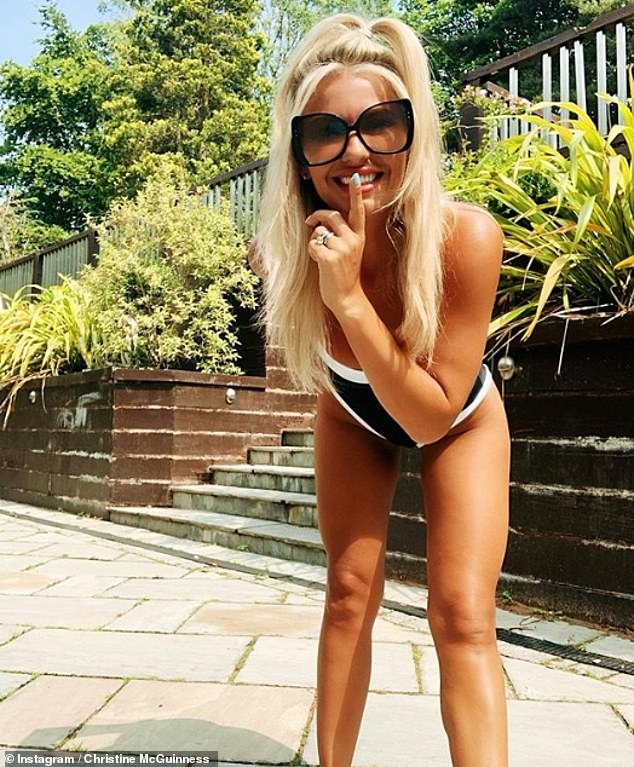 Looking good: Christine McGuinness, 32, looked sensational in a chic black swimsuit as she leant forward and held a manicured finger to her lips for an Instagram snap on Saturday

Christine flaunted her toned and tanned legs in the snap and accessorised with a pair of oversized sunglasses to keep the sun out of her eyes.

She let her long blonde tresses cascade over her shoulders and completed her ensemble with a slick of pink lipstick.

The mother-of-three captioned her post: ‘Ssshhhh. I found the secret to happiness. Sending every positive, happy, fabulous vibe your way, have an amazing day’ (sic).

It comes after the model wife of Paddy McGuinness celebrated her football team’s big win by dancing in the street and singing along to You’ll Never Walk Alone. 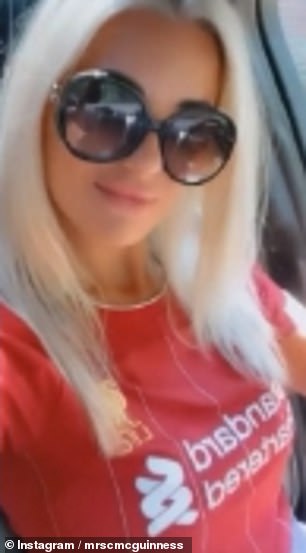 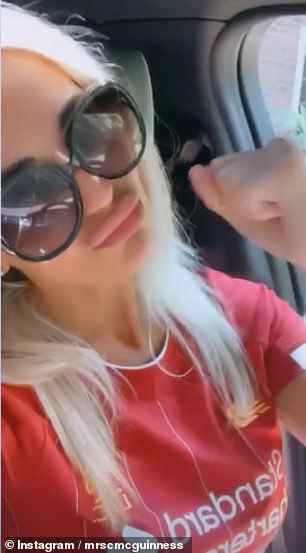 Winners! The mother-of-three had reason to celebrate this week after her football team won the Premier League and she filmed herself jamming out in her car to You’ll Never Walk Alone

Christine is a former Miss Liverpool and is clearly relishing the city’s success as they claimed their first league title in 30 years.

However it hasn’t all been easy for the beauty after her husband cheated death last week after crashing a £250k Lamborghini supercar while filming Top Gear.

Christine reassured fans that Paddy was fine, taking to Instagram to post a statement claiming that the ‘Lambo got it much more than he did’. 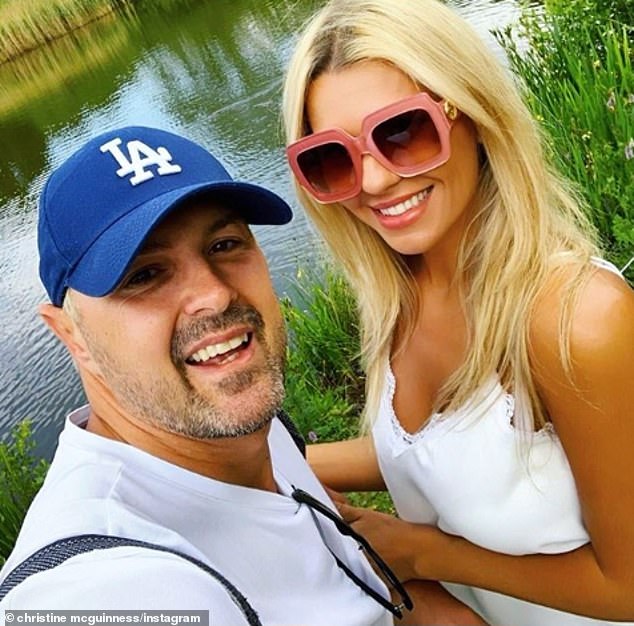 Christine shared a loved-up snap with Paddy, presumably taken before the crash, where he lost control of the 1990 Lamborghini Diablo in North Yorkshire when skidding on oil at a slight curve in the road.

Christine added: ‘As far as I’m aware this was a minor incident and he’s absolutely fine, the lambo got it much more than he did!

‘People are dying all over the world, please don’t worry his family, his friends and his fans. He’s all good.’ 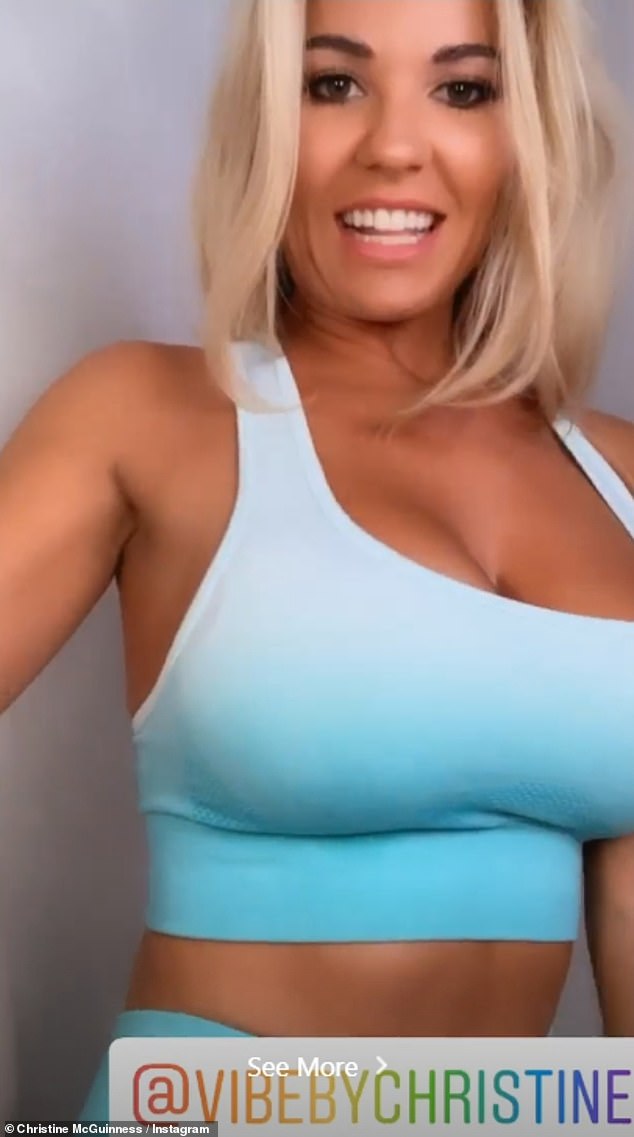 Wow! Christine has also been promoting her fitness brand recently and put on a VERY busty display in a plunging blue sports bra and leggings from the collection

Loading...
Newer Post
Jets' Adam Gase wants Jamal Adams 'on our team': 'He's been one of our best players'
Older Post
How Diana hijacked charity lunch with bombshell speech 'she knew what was about to happen'

LIVE COVERAGE: Coronavirus deaths surpass 200,000 in the US 0

DNC Convention speakers: What to know about Bill Clinton 0