Christian Bale sports a bristly beard as he takes to the water for another morning surfing sessionBy Dailymail.com Reporter Published

Christian Bale beat the heat with one of his regular AM trips to the beach Friday.

The Dark Knight actor, 46, was ready to catch some waves, seen with his surfboard under arm while in Malibu.

He strolled along the shoreline before finding the perfect spot to wade into the water. 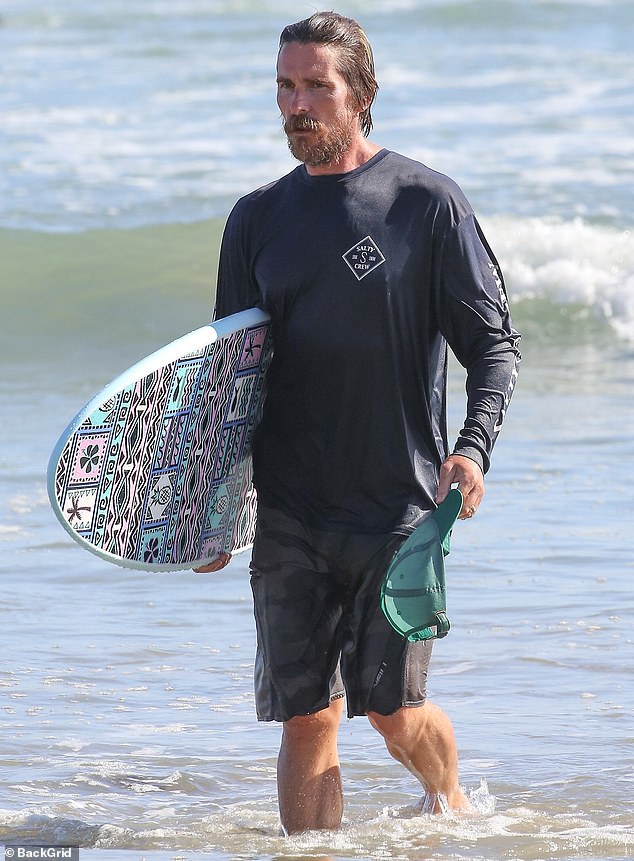 Surf’s up! Christian Bale enjoyed some beach time  in Malibu on Friday

Christian had a bristly beard and long hair, slicks back by the ocean.

Protecting himself from the sun’s harsh rays, the method actor kept on a longsleeve rashguard which was paired with swim trunks.

He kept a teal dad hat in his hand, opting to take it off instead of risk losing it to the waves. 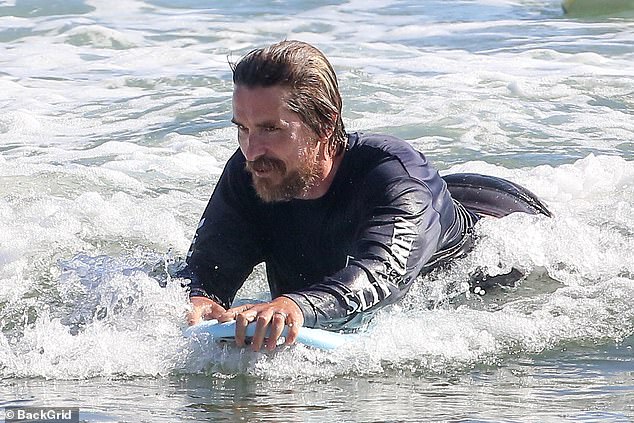 Making waves: The 46-year-old star has been making a habit of his daily surfs 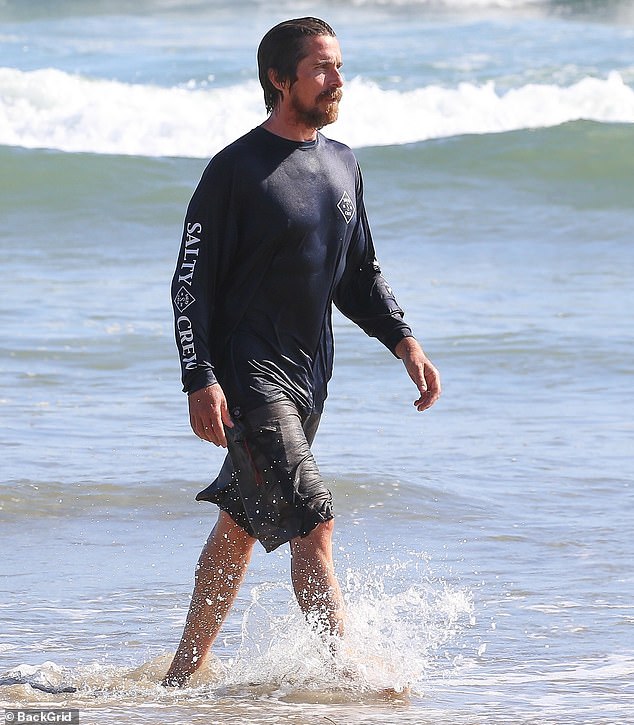 Sweet spot: He strolled along the beach before finding the perfect spot to wade into the water

It looked like Bale was solo for the day, not seen with who son Joseph, who he’s been teaching how to surf recently.

In addition to Joseph, Christian and wife Sibi had a 14-year-old daughter named Emmeline.

While quarantine has kept the talent hunkered down with his family during the pandemic, he has some exciting new projects on the horizon. 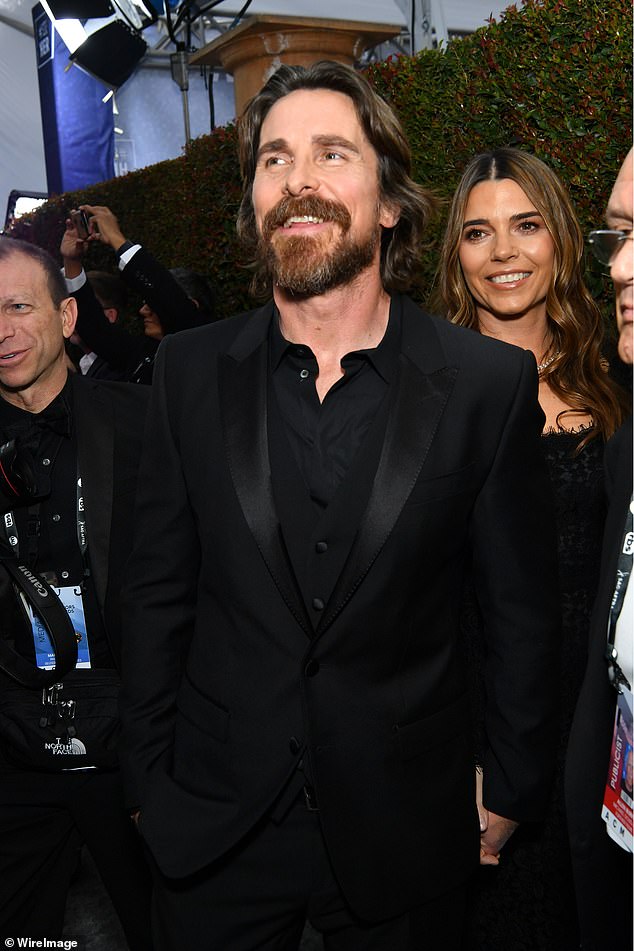 Happy pair: Bale and wife Sibi were snapped at the SAG Awards in LA earlier this year

The A-lister – who played Batman in 2005’s Batman Begins, 2008’s The Dark Knight and 2012’s The Dark Knight Rise – is next set to return to the superhero genre playing a villainous role in the forthcoming Thor: Love And Thunder opposite Chris Hemsworth.

The actor appears in the film’s ensemble cast that includes Tessa Thompson and Natalie Portman.

Thompson in March told Entertainment Tonight, ‘Christian Bale is going to play our villain, which is going to be fantastic,’ she said, adding that she’s excited after reading the script from writer/director Taika Waititi.

While it’s first time in the MCU, Bale has shown he can play the bad guy effectively: In one of his most iconic roles, Bale portrayed serial killer Patrick Bateman in the 2000 film American Psycho leading man. 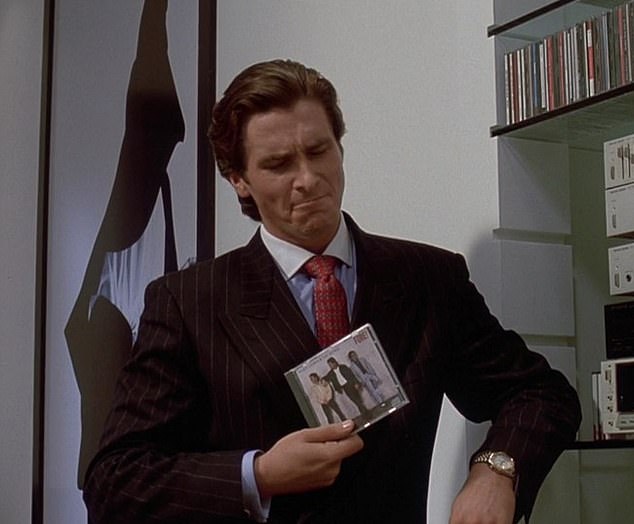 Do you like Huey Lewis & The News? Bale showed off his chops as a villain playing Patrick Bateman in American Psycho

Scott Tweedie announces he WON'T be leaving E! network despite both his shows being axed 0

How to sleep: Expert reveals special diet to stop your partner from snoring 0