Chrissy Teigen shows off burgeoning baby bump in flowing maternity top... as she steps out for flowers with daughter Luna in LABy Geor

She surprised fans with her shock pregnancy reveal in husband John Legend’s music video Wild last week, and now Chrissy Teigen is showing off her bump.

The supermodel was pictured shopping in Los Angeles on Wednesday with her four-year-old daughter Luna.

The mother-and-daughter pair appeared to be picking up some flowers, as Chrissy, 34, displayed a hint of her burgeoning baby belly, dressed down in jeans and a white flowing maternity top. 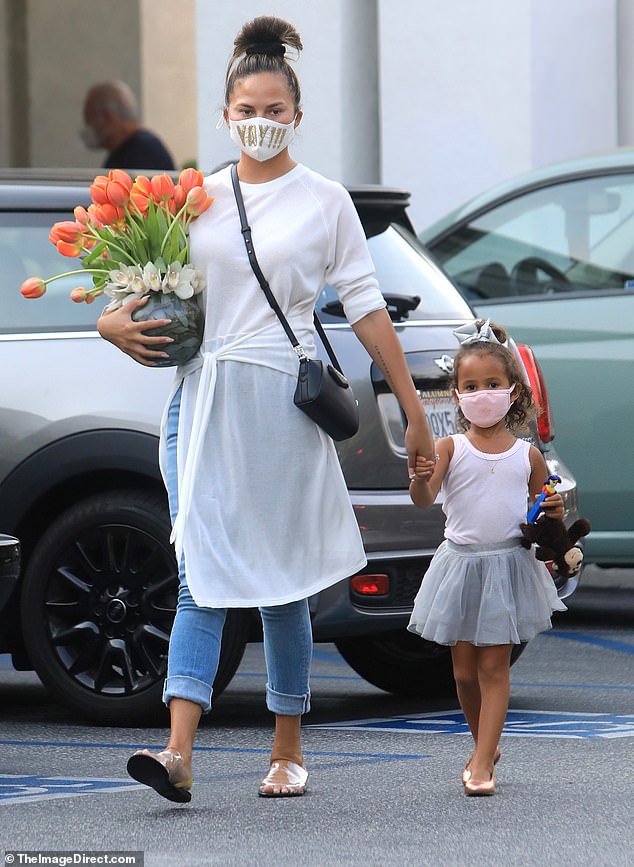 Her little flower girl! Chrissy Teigen shows off her burgeoning baby bump in white maternity top as she steps out with daughter Luna in LA on Wednesday

Earlier this week, Chrissy’s husband John described the news as a ‘quarantine surprise.’

‘We’re very excited,’ Legend told Craig Melvin on Today earlier this week. ‘It was a surprise – a little quarantine surprise, I guess you could say.

He added: ‘We’re very excited and we’re grateful for all the well wishes that we’ve gotten from people all around the world.’ 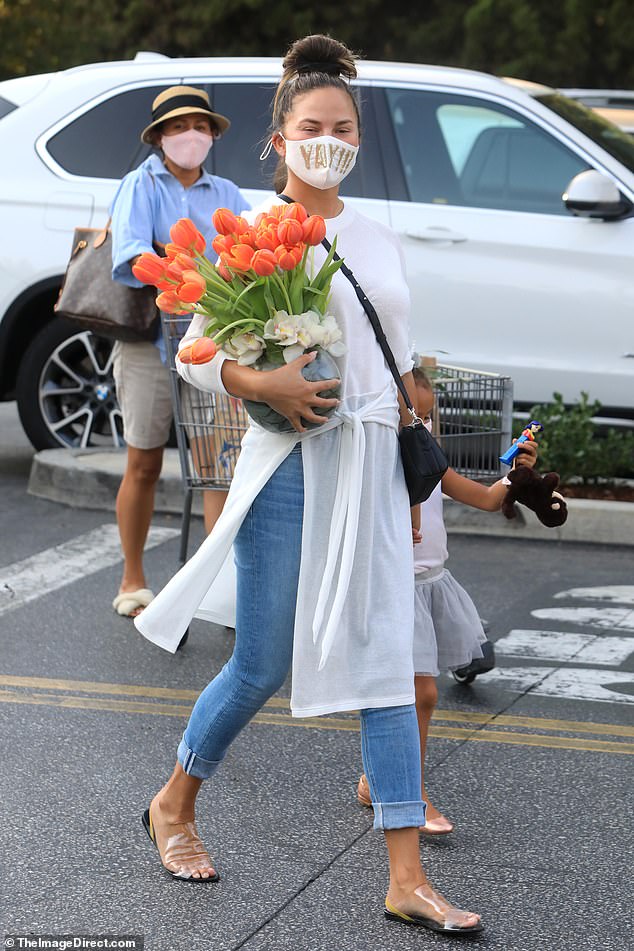 Masked up: Chrissy showed off a face mask that had ‘YAY!!!’ written across it 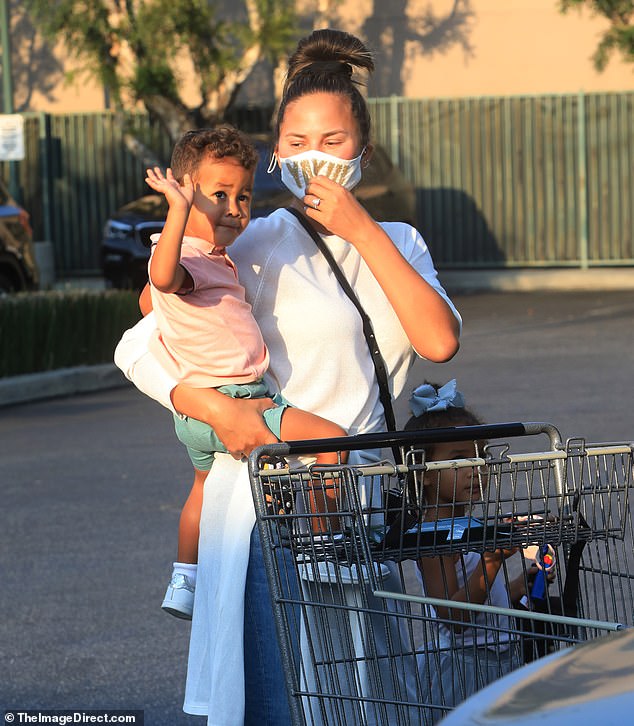