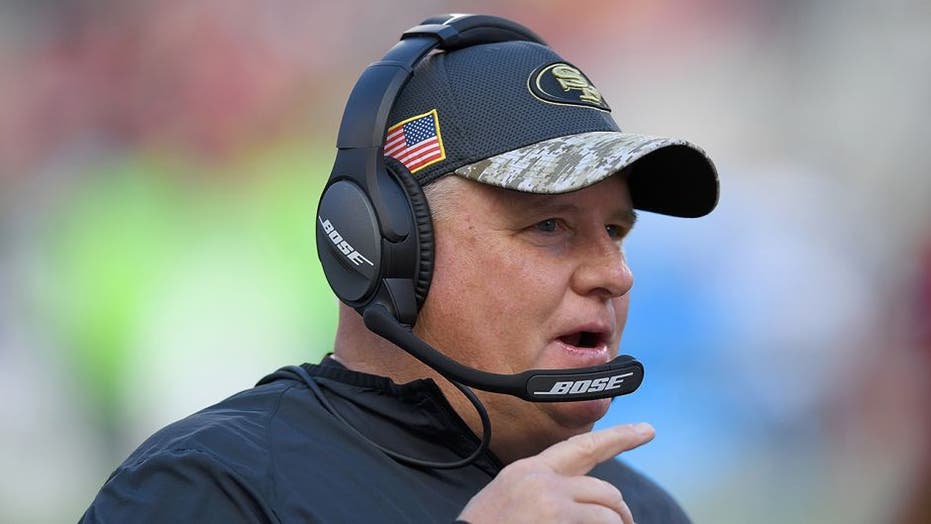 Former San Francisco 49ers coach Chip Kelly was praised Saturday for his ability to keep the team together in 2016 when Colin Kaepernick protested during the national anthem.

Jeremy Kerley, who was a wide receiver on that team, told TMZ Sports that Kelly allowed Kaepernick to address the locker room about why he chose to kneel.

REDSKINS OFFERED AN ASSIST FROM HARLEM GLOBETROTTERS OVER NAME-CHANGE CONSIDERATION

“It kind of removed all doubts and stuff in the locker room and we just bonded, like we were close and it was fun.”

Kaepernick created a firestorm when he chose to kneel to protest against police brutality and racial injustice. The 49ers went 2-14 that season.

The former Nevada quarterback threw for 2,241 passing yards and 16 touchdown passes. He hasn’t played since that season. Kerley said he believes Kaepernick has what it takes to still compete in the NFL.

“To play with Kaep — a lot of people forget, Kaep was a ballplayer,” he said.

Juice detox diet: How to lose half a stone in a week – and keep it off 0

Black protesters in Portland struggling to have their voice heard 0