Home News Chicago woman in her 60s is SECOND confirmed coronavirus case in US...

A CHICAGO woman in her 60s is the SECOND confirmed case of the deadly coronavirus case in the US as 61 others are checked.

The woman traveled to the affected region of Wuhan, China, back in December as over 60 people are being evaluated here. 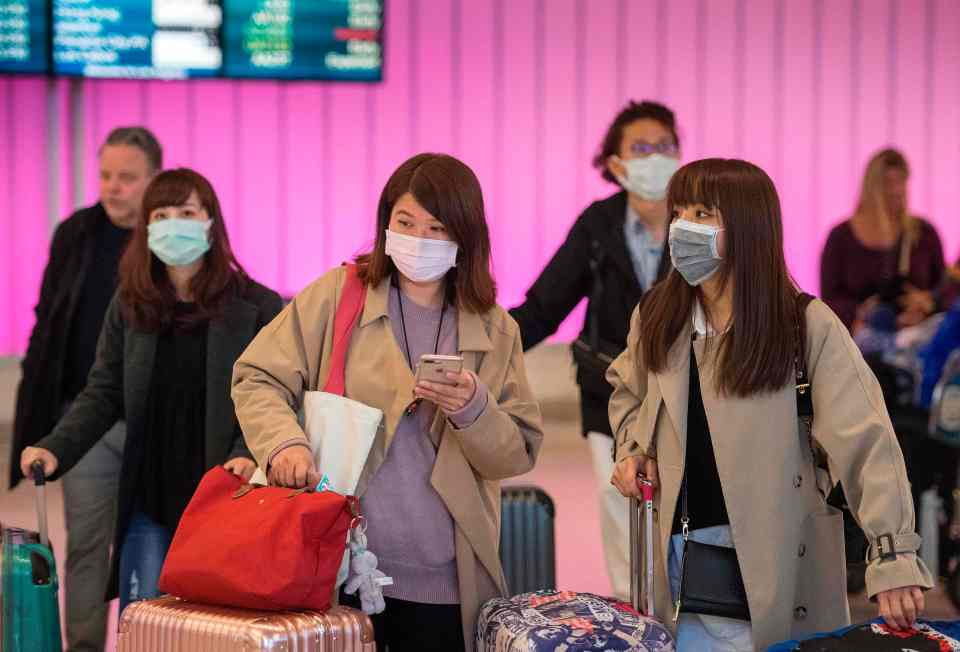 According to Illinois health officials, she was hospitalized with flu-like symptoms where she remains in a stable condition.

Dr. Nancy Messonnier, director of the CDC’s National Center for Immunization and Respiratory Diseases confirmed the news at a Friday press conference.

Messonnier said: “We understand that some people are worried about this virus and how it may impact Americans,”

“The immediate risk to the U.S. public is low at this time,” Messonnier said amid widespread panic about the disease.

Currently there are 63 people people in the country who are being looked at to see if they have the dreaded virus.

Eleven of these cases have tested negative but came back as positive for coronavirus.

The CDC in Atlanta is testing samples but experts are trying to to get those tests to states to expedite the process.

The news comes after passengers in Texas and Los Angeles were treated after showing “disturbing” symptoms consistent with the outbreak.

A passenger arriving into Los Angeles International Airport from Mexico City was hospitalized and quarantined.

Aperson in Texas who recently traveled to the virus’ “ground zero” of Wuhan, China is being isolated at home.

The Texas patient was undergoing tests and the results would be announced to the public, Officials at the Brazos County Health District said Thursday, according to Click2Houston.

Neither the person in Texas nor the passenger who arrived at LAX on American Airlines flight 2546 on Wednesday evening have been identified.

The LAX passenger was intercepted by Los Angeles firefighters and police and taken immediately to a local hospital, where officials conducted a “decontamination process”.

The development comes just one day after Los Angeles County public health officials warned it was “very possible” that the area would see at least one coronavirus case given the number of people traveling between Southern California and China.

LAX is among three US airports that began screening passengers entering the US from Wuhan, China, where more than a dozen deaths have been reported and thousands of others may have been infected.

As of Thursday, three cities in that region are on lock-down as officials scramble to contain the outbreak.

The first US case of coronavirus – which has killed 17 people and sickened more than 600 across at least 10 countries – was confirmed on Tuesday.

That patient – a Washington state man in his 30s – is currently being treated by a robot in a guarded bio-containment room at Providence Regional Medical Center in Everett as doctors are monitoring 16 people he came into contact with in the US during the five days before he was diagnosed.

The patient is a US resident who travelled to the region but not visit the meat and fish markets where authorities believe are a source of the outbreak. He was screened on 17 January.

The latest potential US case arrives on the heels of a warning from Los Angeles Department of Public Health officials that the county could see a possible coronavirus patient as the area sees an increase in travellers from China amid Lunar New Year celebrations.

What we know so far about the coronavirus outbreak

John Wiesman, secretary of health for Washington State said none of the people who were in close contact with the patient have displayed symptoms of the flu-like illness.

But he added: “I would expect at some point we’re going to have more cases in the US.”

Wiesman explained that people had to be within six feet of a person with the virus for a prolonged period to be deemed to have been in close contact.

The 16 individuals under observation are not being asked to go into isolation unless they develop coronavirus symptoms, Wiesman said.

“We don’t believe you are infectious until you have symptoms,” he said.

The infected man is thought to have sought medical advice after learning about the virus in the media and recognising the symptoms.

Officials confirmed he had not travelled to the fish market in the Wuhan region, which is where the virus is thought to have originated.

Four people who flew into London from Wuhan could be Britain’s first coronavirus victims have been taken to hospital with flu-like symptoms.

Wuhan and two other cities, Huuanggang and Ezhou, with a combined population equivalent to New York, Los Angeles and Chicago are in lockdown.

The Sun reported over the weekend airports in New York, Los Angeles, and San Francisco will begin screening passengers arriving from Wuhan for the illness.

The US president said of the latest virus victim: “It’s one person coming in from China. It’s going to be just fine.”

Speaking on the sidelines of the World Economic Forum in Davos, President Trump said “we do have a plan”.

Health Officials in hazmat suits check body temperatures of passengers arriving from the city of Wuhan at the airport in Beijing, China[/caption]

A masked passenger arrives at Beijing from Wuhan[/caption]

The CDC added that they expect more confirmed cases in the coming days after the first patient was diagnosed.

Nancy Messonnier, director of the CDC’s National Center for Immunization and Respiratory Disease said older people across the US could be at risk of the disease, and added that officials are prepared to respond quickly.

She added: “This is an evolving situation and, again, we do expect additional cases in the United States and globally”.

Chinese officials faced a race against time to contain the deadly new virus, which has flu-like symptoms.

The outbreak has caused havoc as thousands prepare to travel for the Chinese Lunar New Year.

Coronavirus is an airborne virus, spread in a similar way to colds and the flu.

It is incredibly contagious and is spread through contact with anything the virus is on as well as infected breath, coughs or sneezes.

In 2003 an outbreak of a similar virus, SARS, killed more than 900 around the world within weeks.

The virus may have already spread to Hong Kong, South Korea and Taiwan.

Wuhan itself has the feel of a ghost town as the authorities banned all travel on public transport in and out of the city and inside it.

Normally bustling streets, shopping malls, restaurants and other public spaces in the city of 11 million people were eerily quiet

In the wake of the outbreak Asian stocks dropped sharply, while European markets also stumbled.

There are concerns that the new coronavirus spreading in the world’s second-largest economy could hurt tourism and ultimately economic growth and corporate profits.


Boy, 3, tried to save sister from 'lullaby killer mum' & fought as she smothered him

CAUGHT WITH PANTS DOWN

Dr Peter Hotez, a vaccine scientist at Baylor College of Medicine in Houston, said a team of scientists in Texas, New York and China, are also working on a vaccine and are optimistic of success.

“The lesson we’ve learned is coronavirus infections are serious and one of the newest and biggest global health threats,” he said.

“Every virus has its challenges, but coronaviruses can be a relatively straightforward vaccine target.”

Medics carry a patient into the Jinyintan hospital, where patients infected by a mysterious SARS-like virus are being treated, in Wuhan[/caption]

Experts in Wuhan, where the virus was first spotted, discuss the next steps[/caption]

The virus has cold-like symptoms[/caption]

There are fears the virus could spread across the globe[/caption]

Teacher fired after homophobic comment about boy with two dads

REIGNING European champions Liverpool travel to Madrid for the first leg of their last-16 clash with Atletico. Diego Simeone’s side will be hoping to...

DORTMUND host Paris Saint-Germain in the first leg of their UEFA Champions League round of 16 tie. PSG are still struggling to win their...

UK Employment Minister Mims Davies was upbeat in her analysis, commenting: “As we embark on a new chapter as an independent nation outside...

What is a Palindrome, what are the dates and what does...

Your car’s steering wheel is 19 TIMES dirtier than a toilet...