Caprice has revealed that she lost more than a stone amid the 'stress' she endured during her stint on Dancing On Ice at the start of the year.The


Caprice has revealed that she lost more than a stone amid the ‘stress’ she endured during her stint on Dancing On Ice at the start of the year.

The model and socialite, 48, sensationally quit the ITV skating show in February after allegedly falling out with her professional skating partner Hamish Gaman, 37.

And in a new interview with OK!, the star has admitted: ‘I actually ended up losing 16lb but I’ve put 6lb back on. I’m still down from a size 10 to an 8 though. 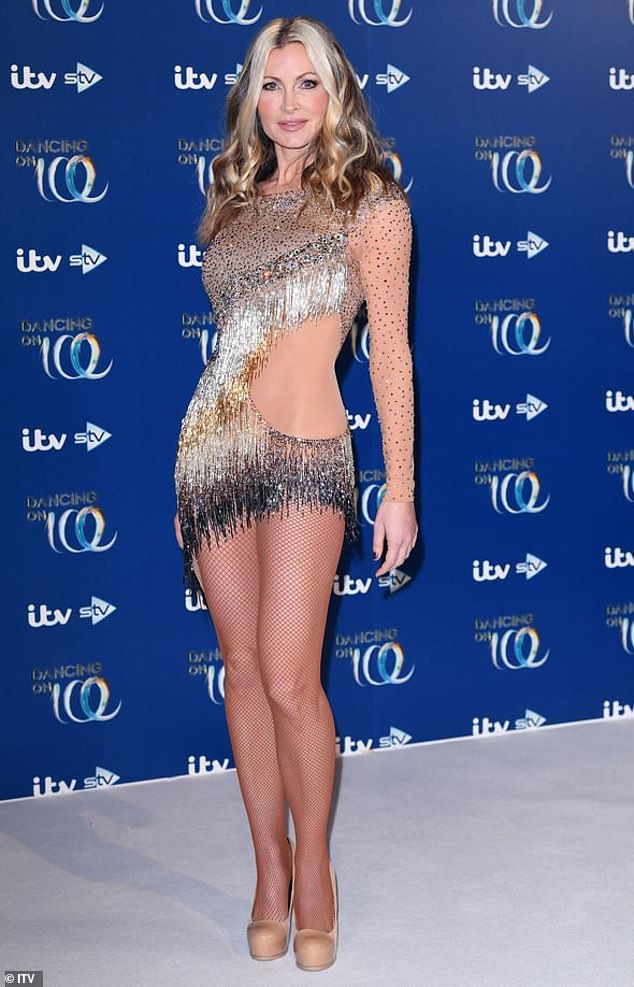 Weight loss: Caprice has revealed that she lost more than a stone amid the ‘stress’ she endured during her stint on Dancing On Ice earlier this year. Pictured on the show in January

‘I’m now doing this great class called Barrecore. It’s the most amazing exercise I’ve ever done. It’s using your own body weight and staying at certain positions for a very long time. I do it every day.’

When asked by the publication if she believed her weight loss could be attributed to stress from her rocky stint on the show, she replied: ‘Yes, I think it all was.’

After she abruptly parted ways with Hamish, Caprice teamed up with skater Oscar Peter for just a single episode before it was announced that she’d left the show. 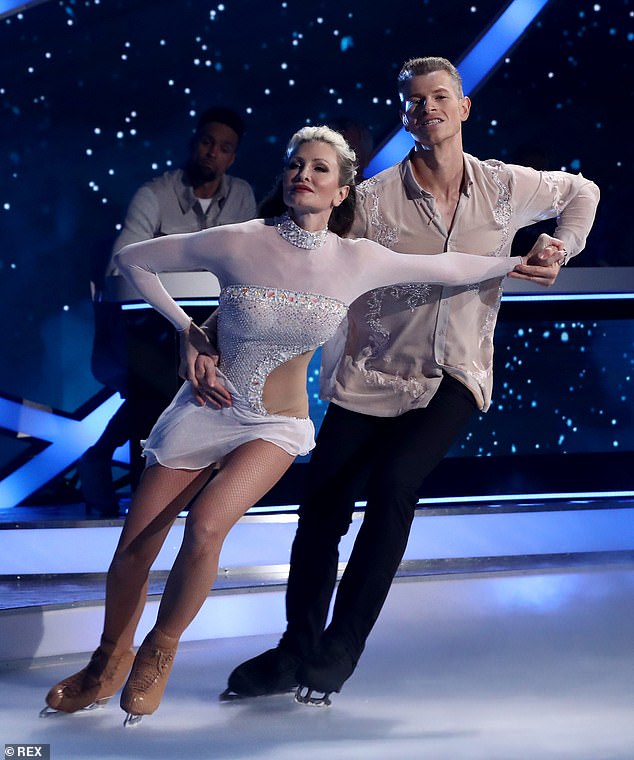 Before the drama: The 5ft 9 star quit Dancing On Ice early in February this year, amid an alleged row with her skating partner, Hamish Gaman – which she has strongly denied

Following her departure from Dancing On Ice, she told The Sun: ‘There is no duty of care. In America, they have to have it or they get sued.

‘It’s just thinking about other people, it’s just common decency, I think, when it comes to these kind of destructive shows. We have to have a soul at some point for God’s sakes.’

However, ITV refuted the claims in a statement, which read: ‘We take our duty of care very seriously. We have always been fully committed to ensuring that everyone involved on Dancing On Ice is fully supported.’

A spokesperson for the broadccaster added: ‘We take allegations of bullying very seriously but found no evidence on Dancing On Ice and we strongly refute any suggestion to the contrary. We’re very proud of the team, both on and off screen.

‘They produce a fantastic show and we are committed to ensuring that everyone who works on the programme is fully supported.’ 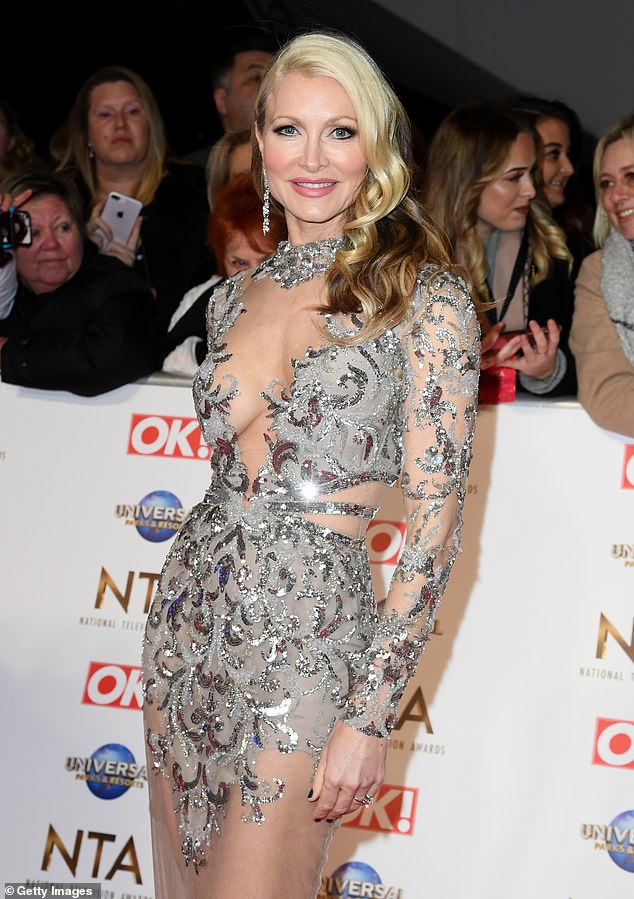 Rumours: The model’s time on the show was cut short amid allegations of backstage bust-ups

Caprice had previously spoken out about the weight loss she experienced while on the show, admitting that it deeply concerned her TV producer husband, Ty Comfort.

‘With all the stress, I went down to the skinniest I’ve ever been – just 8st 9lbs,’ she told Closer magazine back in May. ‘I was just skin and bone. I looked gross and my husband really didn’t like it.

After putting in the work, she’s planning on stripping off for her milestone birthday next year. She said: ‘I’ll do a naked shoot to mark my 50th birthday.

‘It’s hard to believe I’ll be that age, but I’m not scared. I’m embracing it. Look at how amazing J-Lo is at 50 – she’s smoking hot. I’ve got my kids, my amazing husband, a thriving business, and I’ve grafted my whole life to earn it all myself.

‘I was insecure in my twenties but now the bulls**t doesn’t affect me and I know what my priorities are. I’ll be better than ever at 50!’

As well as ensuring she is healthy during the current COVID-19 pandemic, Caprice said she is missing her Botox sessions and can’t wait to get it again when lockdown is officially over.

She said: ‘I haven’t had Botox in five months and I can’t handle it. I’ve also got roots in my hair and I’m not sure I suit au naturel.

‘I’m having Botox as soon as lockdown is lifted – I only have a bit around my eyes. I don’t want any extreme plastic surgery, though. I don’t need it… Yet!’ 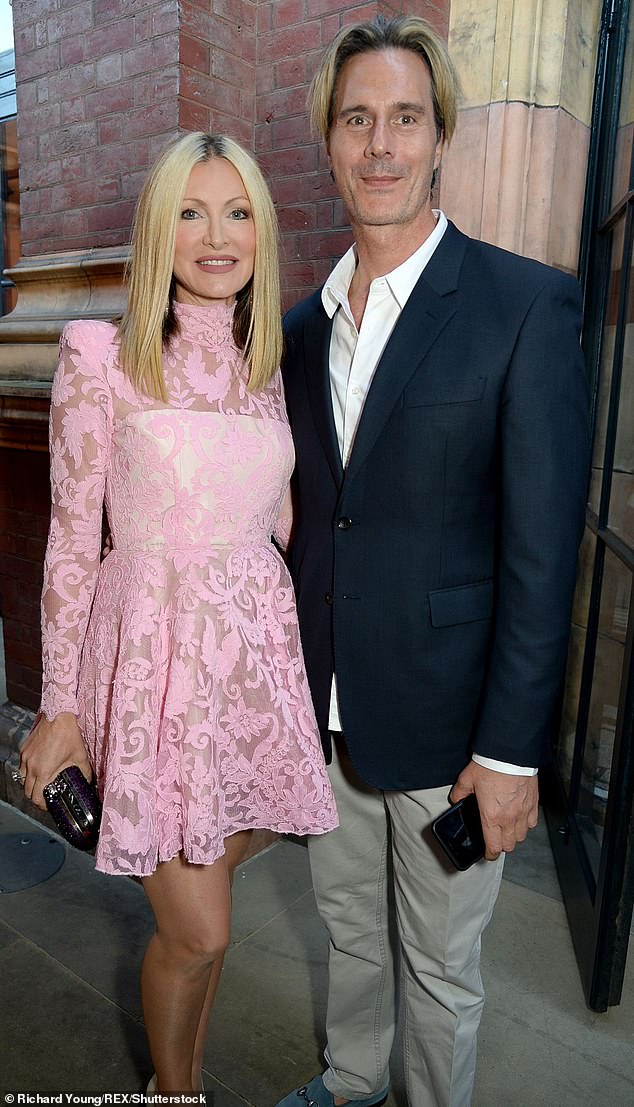 Husband: Caprice had previously spoken out about her weight loss while on the show, admitting that it concerned her TV producer husband, Ty Comfort. Pictured in June 2018

In December, Caprice finally married Ty in a secret ceremony at a London registry office, but she said her second wedding will definitely be bigger next year.

She said: ‘We’re going to have a major rager in Ibiza! We’re going to take over a whole hotel and fly all our friends and family out. I love the ’90s – so we’ll have all the bands playing from that era.

‘It’s going to be a second wedding, Ty and me celebrating ten years together, and my 50th. It will be a blast!’

She did claim that she and Ty are having more sex than ever in lockdown and said it’s ‘essential otherwise he goes nuts.’

The pair met almost a decade ago and share two sons, Jett and Jax, six, but Caprice says she’ll never let her sex life with her millionaire financier, 53, husband slip despite from feeling tired due to homeschooling their children.

She said: ‘I’ve got to keep my sex life up, otherwise my husband goes nuts! It’s essential.

‘Normally, I want to rip Ty’s clothes off all the time. I fancy the pants off him, but homeschooling and cleaning the house is so exhausting – sometimes I spend all day in my PJs.

She continued: ‘You can’t be lazy, though, because once you let it go, it never comes back! I make an effort to dress up twice a week for a date night. It makes you feel human again – you have to look after yourself in this crazy time.’ 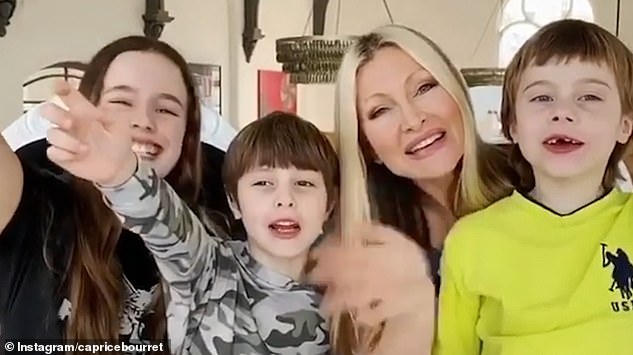 Us: The couple are parents to Jax and Jett, six. Ty has a daughter from a previous relationship