They’ve been isolating together in New York during the coronavirus pandemic.

And it appeared that Brooklyn Beckham and his girlfriend Nicola Peltz were ready to travel again as they arrived at JFK Airport in New York City on Thursday.

The couple, aged 21 and 25 respectively, both donned matching black face masks as they made their way inside the terminal. 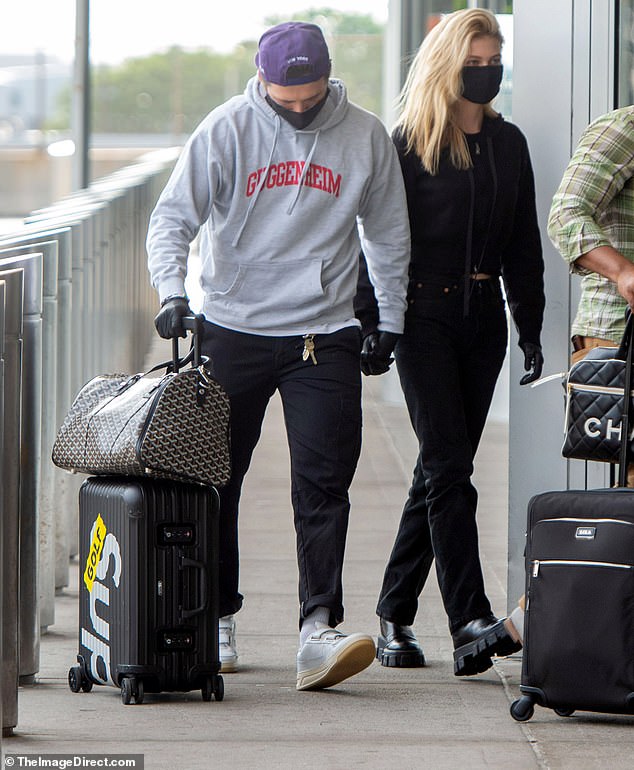 On the move: Brooklyn Beckham, 21, and his girlfriend Nicola Peltz, 25, both donned matching black face masks and gloves as they arrived at JFK Airport in New York City on Thursday

Brooklyn opted for a comfortable ensemble for his journey and wore a grey sweater with ‘Guggenheim’ written in red across the front as well as some black trousers.

As he arrived at the airport the model rolled a small Superdry suitcase with a large Goyard holdall carefully balanced on top.

The loved-up couple ensured to stay safe as they travelled during the coronavirus pandemic by keeping their face coverings on and also opting for black gloves. 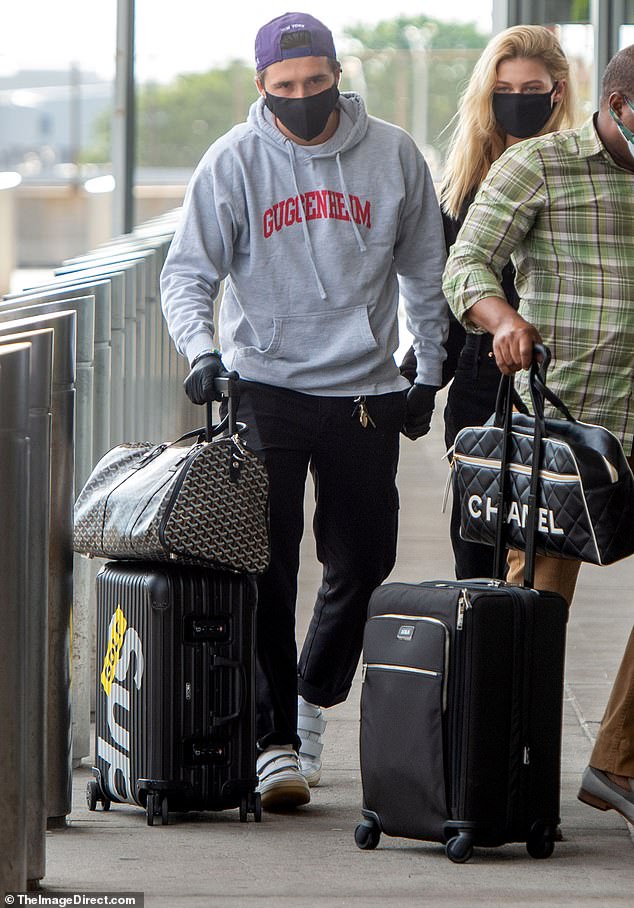 Relaxed: The model opted for a comfortable grey sweater and black trousers for the flight

The pair have been isolating together in New York with actress Nicola having moved in with celebrity offspring in March following just four months of dating.

The 21-year-old set up home in the States after ending his internship with iconic photographer Rankin.

Brooklyn was linked to a string of women before meeting Nicola, following his split from model Hana Cross, 23, including Canadian actress Natalie Ganzhorn, 21, and brunette actress Phoebe Torrance, 25.

Smitten: Brooklyn and Nicola shared a sweet kiss in an Instagram post shared to the model’s account on Sunday where they both wore a charity t-shirt designed by his mother

However the model now appears to be completely loved-up with Nicola and last week the couple marked Pride Month by wearing his mother Victoria’s charity T-shirt to mark Pride Month.

Twinning in their tops, the pair appeared besotted with each other as they enjoyed a smooch in a field.

Brooklyn’s mother, Spice Girl turned fashion designer Victoria Beckham, 46, has written about how much much she is missing Brooklyn during lockdown in the UK. 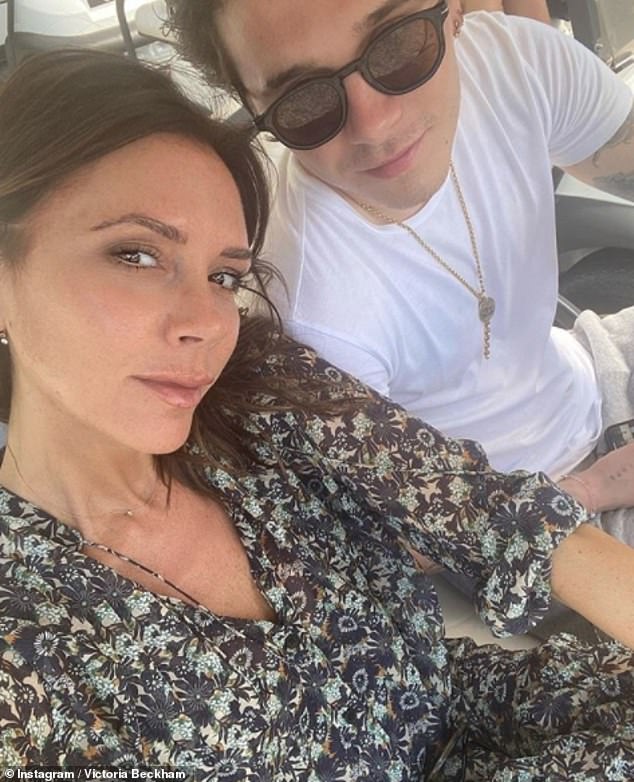 Mother and son: Brooklyn’s mother Victoria Beckham has written about how much she was missing Brooklyn as she and the family remained in the UK during lockdown

Phoebe Burgess dons a $15,600 ensemble as she enjoys a stroll in Bondi 0