A BRITISH oil tanker held in Iran has reportedly started moving towards Dubai.

The Stena Impero had been seized in July after Britain impounded Iranian tanker Adrian Darya 1 off Gibraltar.

Footage showed balaclava-clad Iranian commandos abseil onto its deck as they seized the vessel.

But Refinitiv ship-tracking appears to show the vessel has now exited the Bandar Abbas port in southern Iran this morning.

It is expected to head to Port Rashid in the United Arab Emirates, about 155 miles away.

Stena Bulk reported this morning the tanker was “preparing for departure from Bandar Abbas”.

It comes after the Iranian Foreign Minister confirmed they were preparing for the vessel’s release last week.

A statement read: “We are preparing for the release of the detained British tanker and legal proceedings are nearing completion.”

They had earlier released seven out of 23 crew members for “humanitarian reasons”.

I PREDICT A RIOT

In response Boris Johnson ordered the Royal Navy to accompany all British-flagged vessels through the Strait of Hormuz. 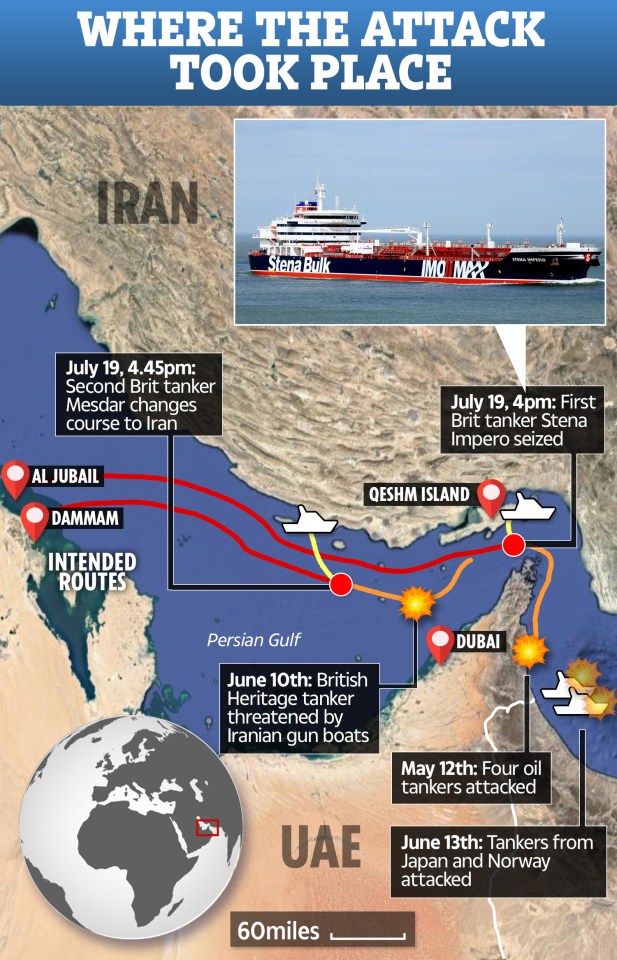 Contestant on 90 Day Fiance arrested for ‘kidnapping ex, 30, and smashing her head against the floor’

John Boyega admits secret Star Wars script he lost after leaving it under his...

What Lampard said after Chelsea paired with Man Utd in Carabao Cup fourth round...

A CONTESTANT on 90 Day Fiance was arrested for allegedly kidnapping his ex-girlfriend and smashing her head against the floor. Geoffrey Paschel, 42 –...

HARVEY Weinstein’s bid for a mistrial has been rebuffed after it was alleged one of the jurors had written a novel about older...

(CNN) — For as long as I can remember, I have struggled to explain to people where I'm from.Americans know of the Soviet...

SAINSBURY’S is the cheapest supermarket for branded goods, says a study. Consumer group Which? compared online prices across six major supermarkets throughout the year. Getty...

The pound has been riding high. A UK election surprise could...

Why is Eden Hazard not playing for Real Madrid vs Real...