Verdict: A hurricane of silliness

Over in that parallel universe without Covid-19, the 73rd Cannes Film Festival would be drawing to a close this weekend and I would be making my way home, square-eyed but happy, after seeing two, three, sometimes four films a day, for ten days.

Instead, I’m locked down, trying to keep you informed of the best new releases on streaming platforms. As it happens, there are rich pickings coming soon. June is bursting out all over with original offerings. But since this is a lacklustre week, I thought I would instead review a trio of classics by way of tribute to Fred Willard, the big friendly giant of American comedy, who died last week, aged 86.

In the UK, Willard wasn’t a household name. But if you’ve seen the Anchorman movies, or Rob Reiner’s masterly 1984 parody of rock documentaries, This Is Spinal Tap, then you will have known his face and laughed at his deadpan one-liners. He was also a fixture on American TV, in hit shows such as Everybody Loves Raymond and Modern Family.

Above all, Willard was an improvisational genius, never more hilarious than in a series of largely-improvised ‘mockumentaries’ made by Christopher Guest. 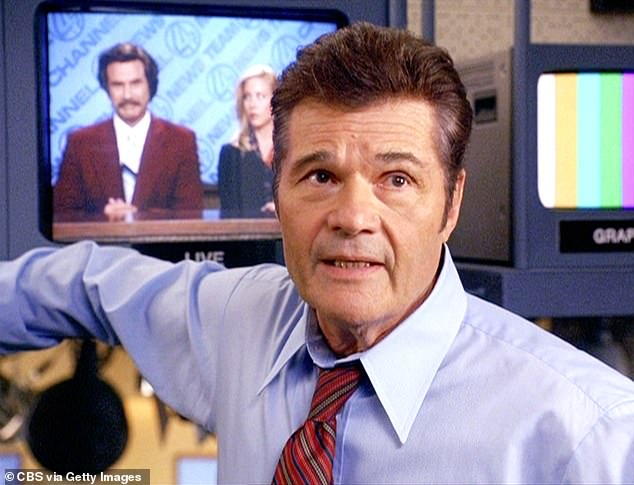 If you’ve seen the Anchorman movies, or Rob Reiner’s masterly 1984 parody of rock documentaries, This Is Spinal Tap, then you will have known Fred Willard’s face and laughed at his deadpan one-liners

Each one is a true feast of comic observation and cherishable silliness, and this week, my family and I have been cheerfully gorging on them.

If you’re able to access Amazon Prime, then you can, too. In the absence of an actual antidote to the coronavirus, I can’t recommend a better tonic.

Best In Show (2000) is incomparably funny. It’s a glorious spoof of dog shows and the kind of owners who treat them as more important than life itself, while attending to their pets’ needs like the anxious servants of a demanding monarch.

For example, Parker Posey plays the barkingly highly-strung Meg, who becomes hysterical when her pug’s favourite cuddly toy, Busy Bee, goes missing. While knowing that sort of thing would yield plenty of comedic material, Guest, in planning the movie, was unsure how the third act, the Crufts-type show itself, would unfold. It had to look credibly real, but how could they make that as funny as everything else?

The answer was to let Willard off the leash as TV co-commentator Buck Laughlin, an affably stupid tuxedo-wearing sports anchor, out of his comfort zone and making ever-more inappropriate suggestions to the resident dog-show expert played by an admirably po-faced Jim Piddock. 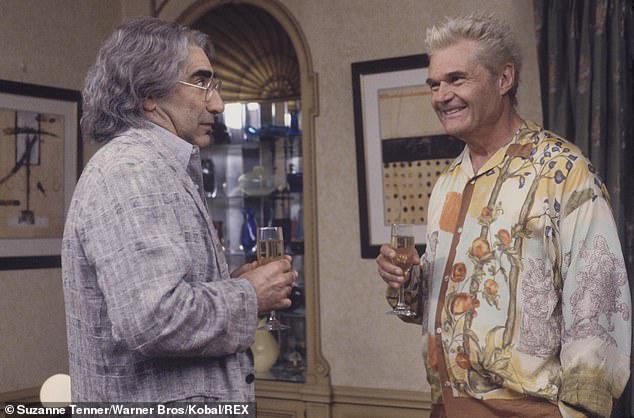 Willard was an improvisational genius, never more hilarious than in a series of largely-improvised ‘mockumentaries’ made by Christopher Guest

Wouldn’t it be a good idea, he says, to dress up the contestants? Wouldn’t the bloodhound benefit from a Sherlock Holmes twinset of deerstalker and pipe?

He is peroxided music producer Mike LaFontaine in the equally brilliant A Mighty Wind (2003), a kind of folk-music version of Spinal Tap, in which three semi-successful 1960s folk acts re-form to celebrate the life of their late manager, Irving Steinbloom.

LaFontaine interrupts a rehearsal to suggest to The New Main Street Singers that their wholesome sea shanty could do with some literary gravitas, inspired by the ‘pirate captain’ Moby Dick who ‘chased a big whale’, then proposes that they might all be drenched with water mid-song.

‘Even the ladies,’ he adds, cue a suggestive whisper into the ear of the group’s leader (John Michael Higgins). It is all the funnier for being entirely improvised.

T he same comic actors — Willard, Higgins, Posey, Piddock, Harry Shearer, Bob Balaban and Eugene Levy among them, as well as Guest himself — pop up repeatedly in these mock documentaries, which is part of the fun of watching them in close proximity.

In Waiting For Guffman (1996), Willard plays one of the residents of Blaine, a small Missouri town known as ‘the stool capital of the world’, who are staging a musical to mark the sesquicentenary (the 150th anniversary, as if you didn’t know) of Blaine’s foundation by the eponymous Blaine Fabin (who smelled salt in the air and thought he’d reached the Pacific).

Guffman is the Broadway producer they invite along to consider a New York transfer, their dearth of talent notwithstanding. The film is marginally less hilarious than the other two, but still a joy. Whether you’ve heard of Willard or not, you won’t regret a triple-header this weekend.

Here are the penultimate ten in the list of my 100 favourite English- language films — let me know at [email protected] if you agree or, better still, disagree.

Enduringly enchanting, and for my money the greatest screen fantasy ever made. It is also the most-seen movie of all time, yet missed out on Best Picture at the 1940 Academy Awards, pipped by director Victor Fleming’s other contender, Gone With The Wind. 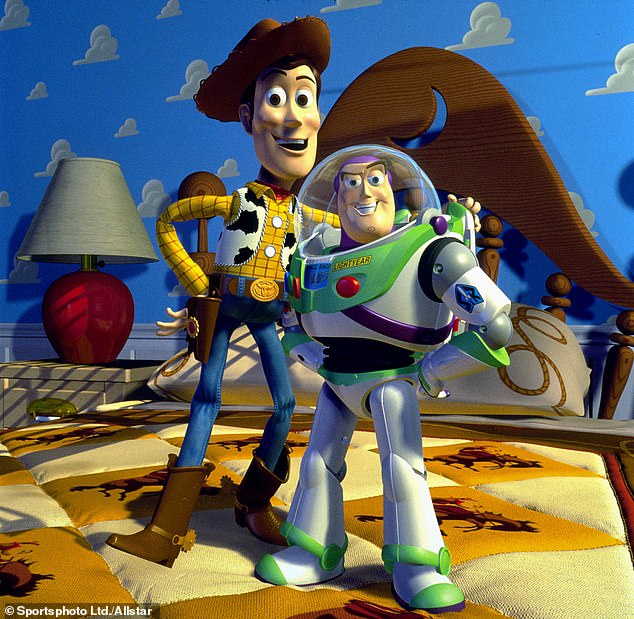 The animation that launched Pixar, so a film of cultural significance as well as wit, charm and enormous fun. What a joy it was to meet Woody, Buzz Lightyear and co 25 years ago

Steven Spielberg is giving us his remake later this year. If it is even half as good as this exuberant, pitch-perfect adaptation of the Broadway musical, itself of course inspired by Shakespeare’s Romeo And Juliet, it will be worth seeing. And this one did win Best Picture.

The best-ever Ealing comedy, the best-ever Alec Guinness film, and the perfect treat for a lockdown afternoon, as chippy charmer Dennis Price knocks off eight distant relatives (all played by Guinness) in dastardly pursuit of an inheritance.

Here’s a clue to what’s not in my top ten — this, for me, is the finest film of our century so far. Daniel Day-Lewis is extraordinary as ruthless oil man Daniel Plainview, in Paul Thomas Anderson’s thrillingly singular period masterpiece.

OK, so it’s not everyone’s cup of tea (a drink with jam and bread). But I’m not ashamed to admit that I adore every cheesy minute, or that I queued for over an hour at last year’s Venice Film Festival to hear Julie Andrews reminiscing about it.

I just re-watched it for the first time in a decade, anxious in case it hadn’t dated well. Good news! Despite being black and white, it’s utterly evergreen. Bogart, Bergman, romance, suspense, even comedy — for me it vies with The Adventures Of Robin Hood as the quintessence of Hollywood’s Golden Age. 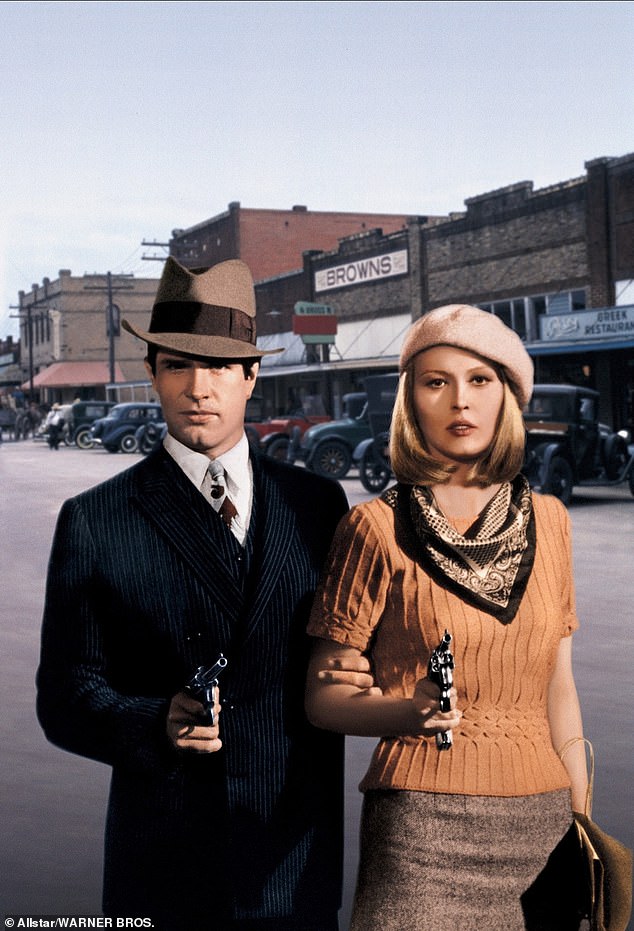 Arthur Penn’s picture changed the cinematic landscape. Ineffably stylish, incorrigibly violent, and one of the greatest movies of all time

I feel proud that one of my sons, travelling through South America, dragged his friends 200 miles out of their way to see Butch and Sundance’s alleged graves outside a remote Bolivian town. That’s because he’d practically been weaned on this unsurpassably entertaining western.

The animation that launched Pixar, so a film of cultural significance as well as wit, charm and enormous fun. What a joy it was to meet Woody, Buzz Lightyear and co 25 years ago. No Pixar film will ever displace this in my heart, not even Toy Story 2.

At 84, and with his mighty reputation undermined by horrible (and unproven) allegations, Woody Allen is still churning out movies. There’s a new one coming next month. But he’s never topped this wonderfully funny and idiosyncratic romcom.

Yes, it romanticised two killers, unforgettably played by Faye Dunaway and the film’s producer, Warren Beatty (who originally wanted Bob Dylan to play Clyde). But Arthur Penn’s picture changed the cinematic landscape. Ineffably stylish, incorrigibly violent, and one of the greatest movies of all time.

Loading...
Newer Post
Louisiana man charged after swim in Bass Pro Shop aquarium: reports
Older Post
And the winner is… After a ten-week countdown, Brian Viner reveals his favourite movie of all time

Linda Nolan marks the end of her chemotherapy treatment 0

Leonard leads Clippers past Doncic, Mavs to reach 2nd round 0

Michael Jackson's siblings and daughter Paris, 22, pay tribute to him on his 62nd birthday 0