BORIS Johnson’s election hopes got a boost yesterday as it emerged that the Brexit Party has not put up candidates in a further 38 non-Tory-held seats.

It gives the Conservatives a clear run at Labour in three marginals and opened the way for them to run opposition parties close in another six.

The Brexit Party will not contest Dudley North, where Labour has a majority of just 22, or Canterbury where the Tories trail by only 187.

And it is not standing in Lanark and Hamilton East, where the SNP has a 226 majority over the Tories and 550 people voted for Ukip in 2017.

It also will not contest Bristol North West — a bellwether seat the Tories held comfortably until the last election — or a further five Scottish seats where Conservatives trail Labour and the SNP by fewer than 4,000 votes.

Experts say the Tories only need nine seats more than they got in 2017 to win a majority.

It comes after leader Nigel Farage agreed the party would not take on 317 sitting Tory MPs. It’s not known why the party left the 38 seats uncontested.

Mr Farage suffered another blow yesterday as it emerged his candidate for Tory target Tynemouth in the North East of England lives in Australia.

Ed Punchard, 62, has been based in Freemantle, Perth, for the past 30 years. 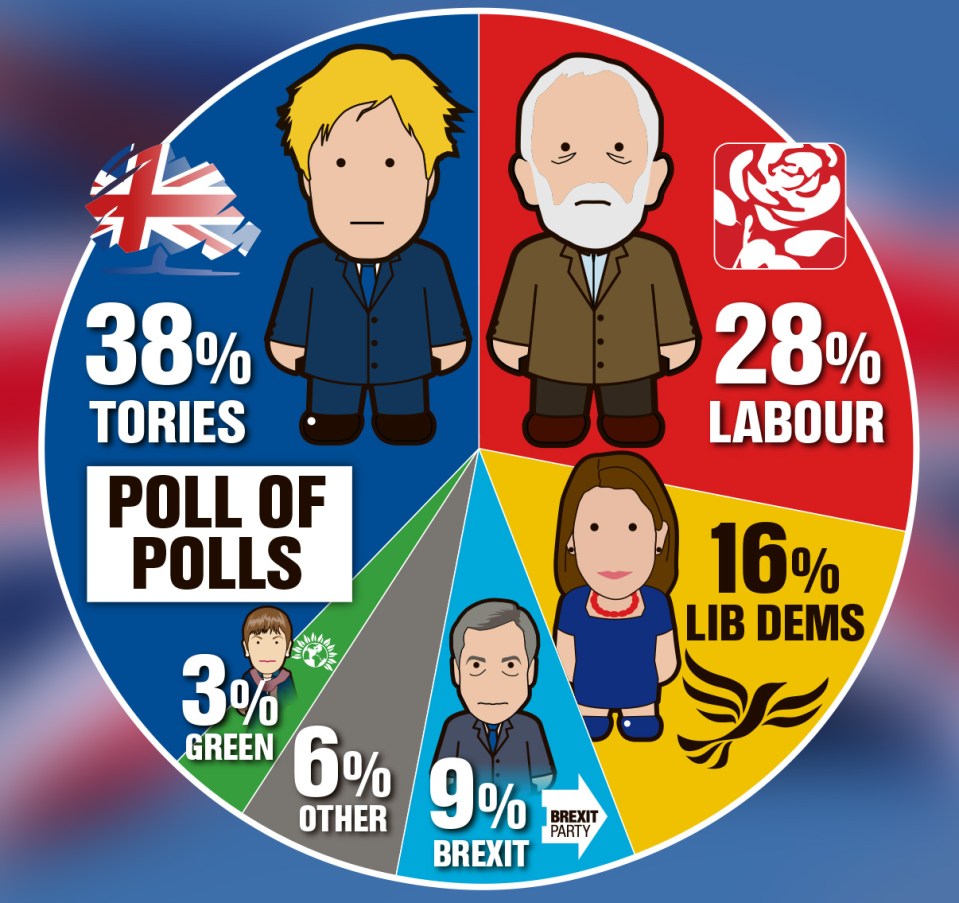 
How many children does Boris Johnson have and who are they?

Mr Farage accused MEP Rupert Lowe, who pulled out of Dudley North at the last minute, of double-crossing him.

But Mr Lowe said there had been “no inducements” and he had discussed it with party chairman Richard Tice.

Ulrika Jonsson takes to Instagram to launch blistering attack at her own BOOBS by saying they ‘get on my t*ts!’

Beaming Meghan Markle visits women’s charity in Canada as she sets up home while...

Strong and stable, long walks… the Theresa May story isn’t quite Keef’s

KSI and Logan Paul’s incredible body transformations since YouTube days as they prepare for...

Ulrika Jonsson takes to Instagram to launch blistering attack at her own BOOBS by...

ULRIKA Jonsson has lashed out at her own boobs — saying they “get on my t*ts”. The Swedish-born TV host, 52, told how she...

Meghan Markle posts Instagram pics of her charity work in Africa BEFORE she met...

Samsung appears to have skipped a bunch of numbers since its last smartphone launch. S10, S10+ and Note 10 were some of last...

IT’S FOR the good of English football that the number of home-grown managers has shot up to 11 in the Premier League. Only three...

CORONATION Street viewers are convinced that Jade will now blackmail Fiz into seeing Hope after she was attacked. During tonight’s episode Jade revealed she...

How to lose visceral fat: Eating fatty fish every week could...

Ulrika Jonsson takes to Instagram to launch blistering attack at her own BOOBS by...

Meghan Markle posts Instagram pics of her charity work in Africa BEFORE she met...