Big Brother's Makosi claims she was treated 'differently' by producers

'I was angry about their villain edits': Big Brother's Makosi claims she was treated 'differently' by producers because of 'the colour


‘I was angry about their villain edits’: Big Brother’s Makosi claims she was treated ‘differently’ by producers because of ‘the colour of my skin’

Big Brother icon Makosi Musambasi has claimed she was treated differently than her fellow housemates by producers because of the ‘colour of my skin’.

The Zimbabwean reality star, 39, who finished in third place on the 2005 edition of the series, spoke about the depiction of black women on TV in a new interview.

Following the franchise’s Best Ever Shows edition which aired earlier this month, the TV presenter reflected on her stint, admitting she doesn’t regard their ‘villain edits’ as any more responsible than the show’s audience’s perception of her. 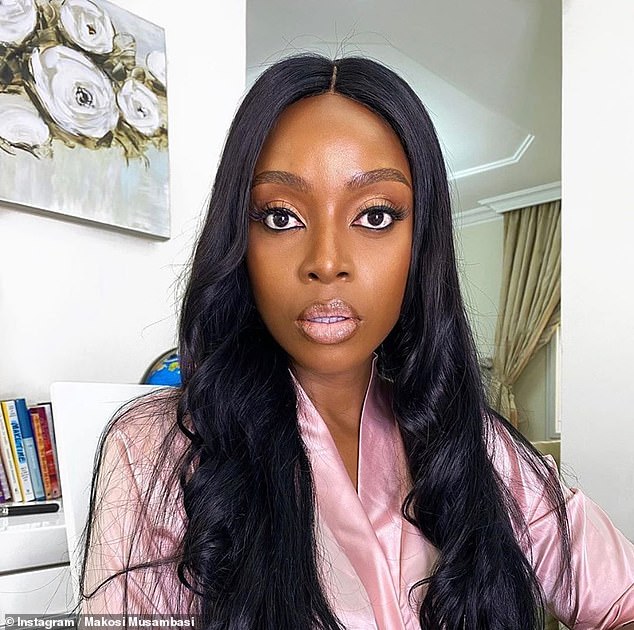 ‘I was angry’: Big Brother icon Makosi Musambasi has claimed she was treated differently than her fellow housemates by producers because of the ‘colour of my skin’

The Makosi Today star told Grazia: ‘I do feel I was treated differently because of the colour of my skin. Black women have always had to tone themselves down because, if you don’t, you’re seen as aggressive or a bully.’

In light of the Black Lives Matter movement, the former nurse insisted viewers need to educate themselves on moving away from the negative ‘collective perception’ of black women.

The media personality added: ‘I was angry about how I was depicted and I’ve had to face up to that. But I don’t think it’s a production issue. It’s collective perception, beyond reality TV. Michelle Obama was abused. Meghan Markle faced the same. 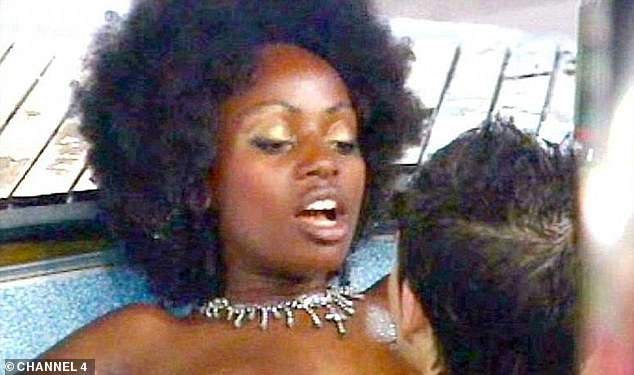 ‘We’re seen as aggressive’: The Zimbabwean reality star, 39, who appeared on the 2005 edition of the series (pictured with Anthony Hutton), spoke about the depiction of black women on TV 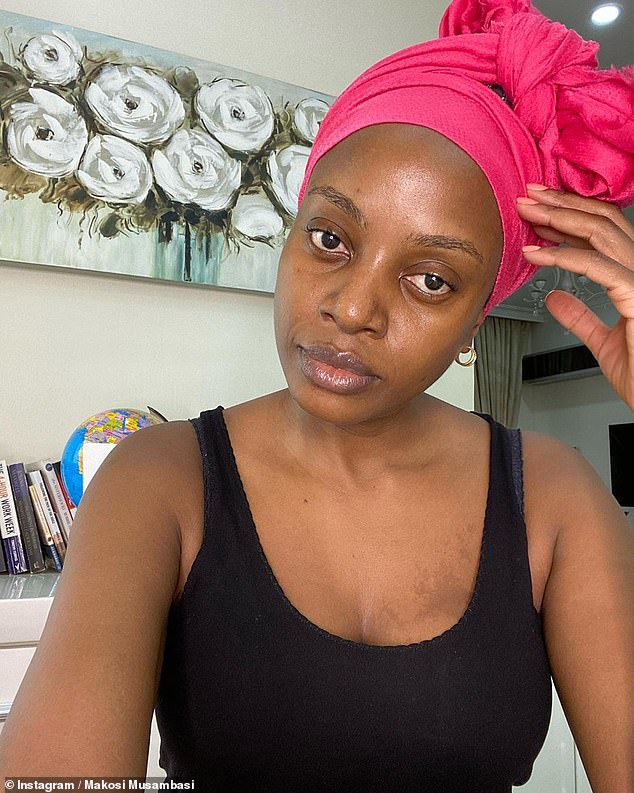 ‘It’s collective, beyond reality TV’: The TV presenter admitted she doesn’t regard their ‘villain edits’ as any more responsible than the show’s audience’s perception of her

‘It’s the viewers who need an education on people who don’t look like them. My hope is that the conversation the world is having right now will change perceptions. Education is a continuous thing, and those with the will to learn will learn.’

Calls for change regarding police brutality towards black people, diversity in workplaces and representation in the media have been heavily discussed following the death of unarmed black man George Floyd in Minneapolis last month.

Makosi famously asked for a pregnancy test when she appeared in the sixth series of Big Brother, following a romp with Anthony Hutton in the jacuzzi.

MailOnline has contacted a Channel 4 representative for further comment. 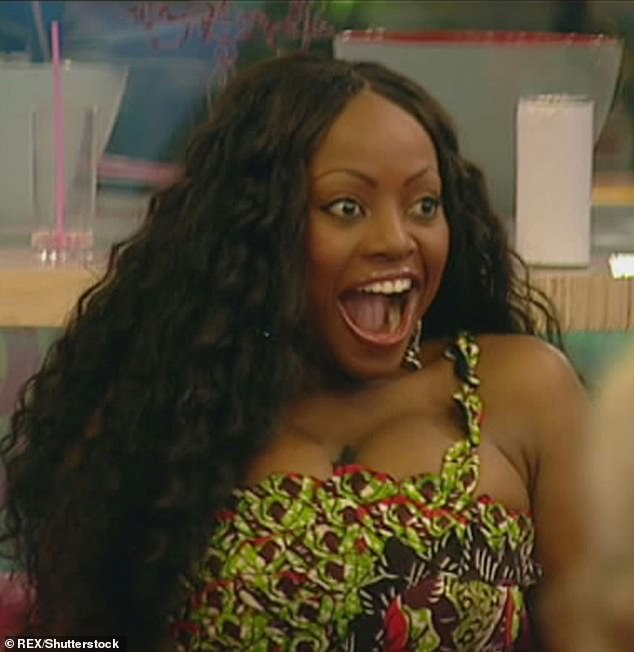 ‘Black women have always had to tone themselves down’: Makosi insisted viewers need to educate themselves on moving away from the negative ‘collective perception’ of black women

The former contestant recently admitted her raunchy TV moment was ‘all part of her game plan’ and she finds it all rather funny now.

In an interview with Bobby Norris for new!, Makosi detailed her breast cancer battle in 2017, and said she likes to look back fondly at the ‘free bird’ who went on the show.

The former cardiac nurse-turned-life coach was just aged 25 when she appeared on the fan favourite, which has just celebrated its 20th anniversary.

She explained: ‘[I look back] with fond memories and nostalgia. The Makosi who went on Big Brother was a free bird. I look at her today and I’m proud she did that for herself. I get teary when I think about it.’

‘It just makes me chuckle – it makes me laugh… I look at that 25-year-old Makosi and I think it was ingenious. I’d probably have a different game plan today, but that’s what worked… My game plan took me right to the end.

‘I was looking for that thing to give me my confidence back. Because at this point you’re looking in the mirror, you’re bald and you don’t know who this new person is. Where did the lioness go?’

Makosi hasn’t had an easy ride since she left the show as she was deported from the UK in 2012 for using a relative’s passport and is now based in the UAE.

She then discovered a lump in her breast in and in 2017, she had a mastectomy on one breast, radiotherapy and chemotherapy.

The Cash and Curry actress said she refuses to let battle define her and now, having gone through Big Brother, racism and cancer, she realises how resilient she is. 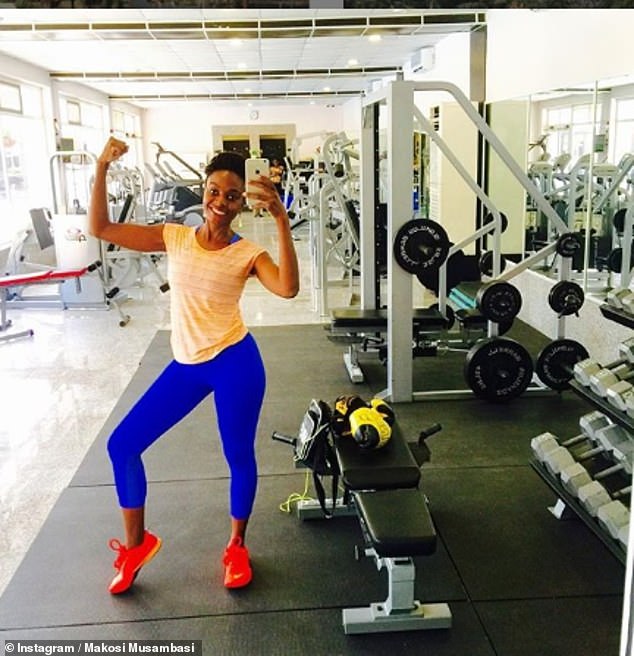 Shock: The former nurse, now a life coach, (pictured) admits she ‘lost her identity’ when she had a mastectomy and chemotherapy when she was diagnosed with breast cancer in 2017

Vitamin B12 deficiency symptoms: The sign in your chest you could be lacking B12 0

When tech CEOs appear before Congress, they'll give a peek at how they'll fight regulators who can break them up 0