Downton Abbey stars have kept in touch during lockdown — thanks to Mr Carson the steadfast butler and Zoom.Laura Carmichael, who played Lady Edith


Downton Abbey stars have kept in touch during lockdown — thanks to Mr Carson the steadfast butler and Zoom.

‘He’s brilliant, Jim,’ she told me. ‘He’s the first to give you a call and check how you’re doing. We’re still all very close. We’re very lucky to have each other’s support.’ 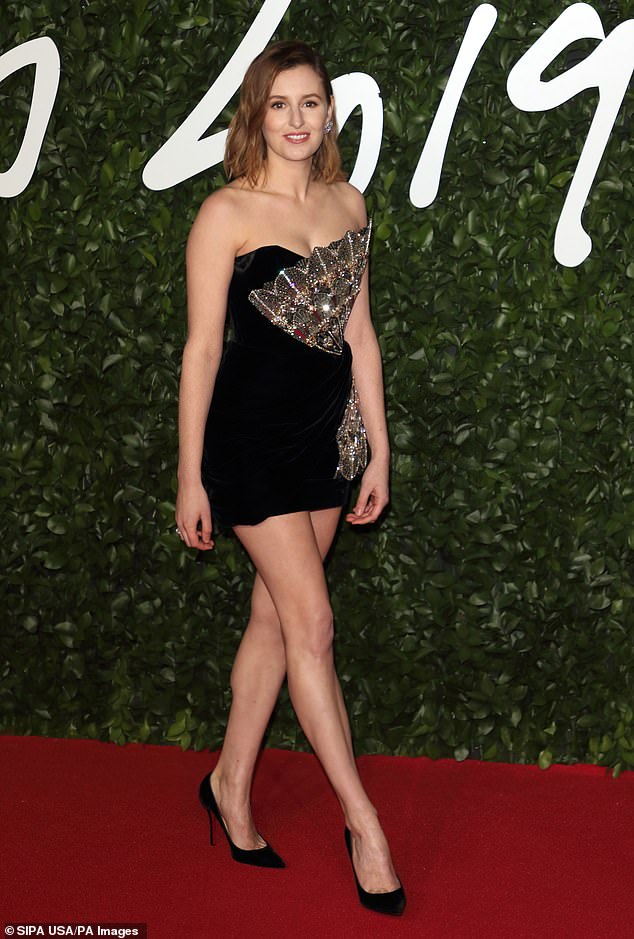 Carmichael explained that they’d had various virtual get-togethers. ‘We all Zoomed for Kevin’s birthday, for instance,’ she said, referring to Kevin Doyle, who played the valet/footman Mr Molesley. He turned 60 back in April.

‘It’s lovely to see people, though it’s not the same,’ she sighed. ‘But Zoom will have to do for the time being.’ The 33-year-old acknowledged that the ITV hit show had not only launched her career, but given her a front row chance to work alongside greats such as Carter, Maggie Smith, Penelope Wilton and Elizabeth McGovern.

There was much merriment between takes, she recalled. ‘Those dining room scenes were always in a very hot room and we’d just be in hysterics. Maggie’s delivery of lines you’d heard a hundred times was so funny.’ 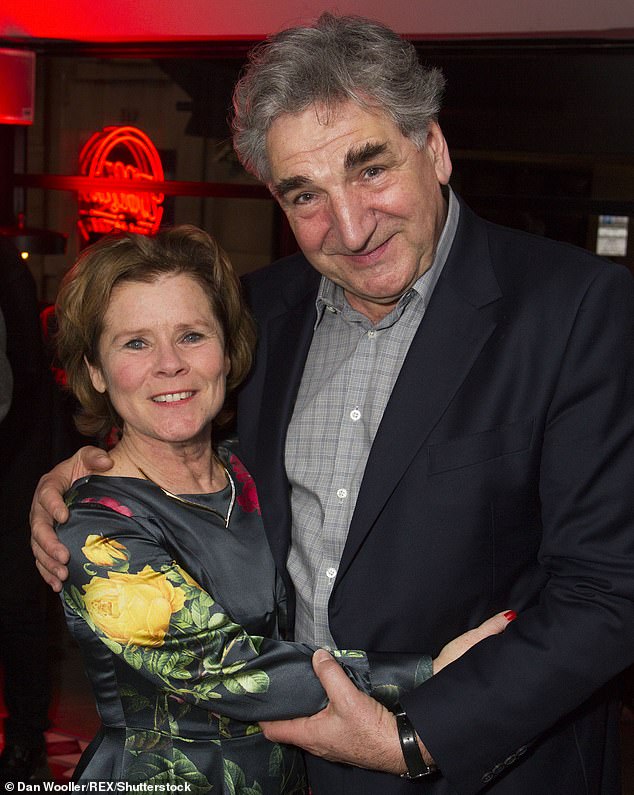 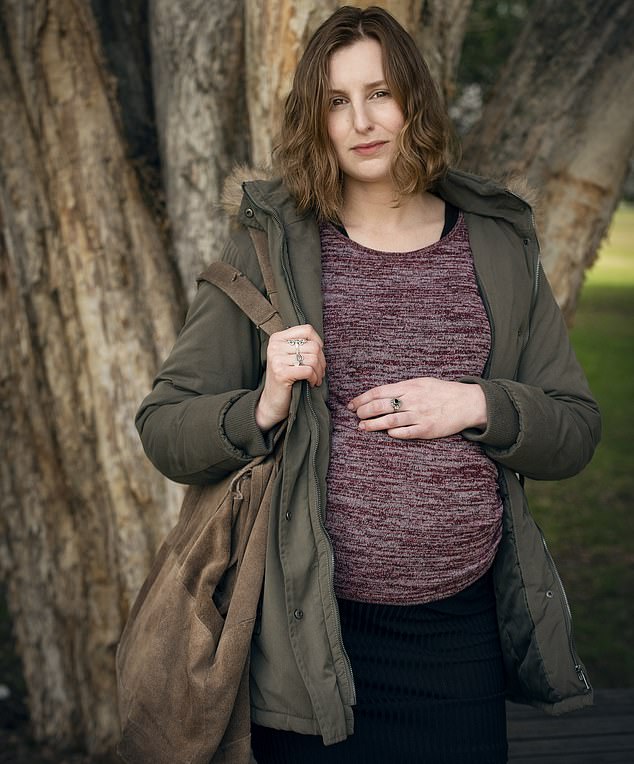 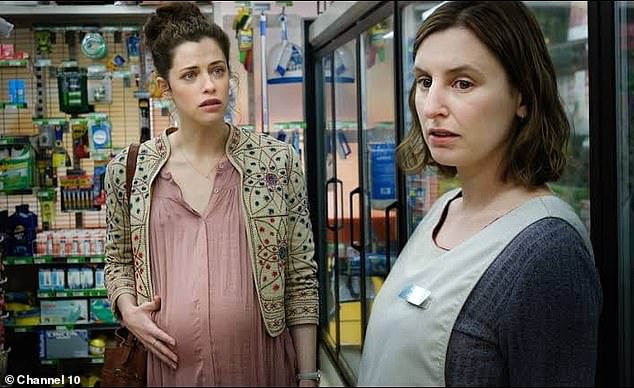 Her most recent TV project, The Secrets She Keeps, arrives on BBC 1, in a prime-time slot, on July 6

A big screen, cinema version released by Universal and Focus Features last year did phenomenally well at the box office.

Fellowes has advised me that he’s not ruled out the possibility of a second film that would pick up where the last one left off.

Carmichael laughed when I mentioned this. ‘We’ll have to see what Julian writes in his lockdown. Let’s see what he comes up with,’ she said diplomatically, refusing to be drawn further. I have been told that executives at Carnival Films, the entity behind the title, are in possession of a rough outline of what a second Downton Abbey movie could look like. Carmichael has certainly used the leverage Downton has afforded her well, choosing to work on some impressive theatre productions with visionary director Jamie Lloyd, in between her screen work. 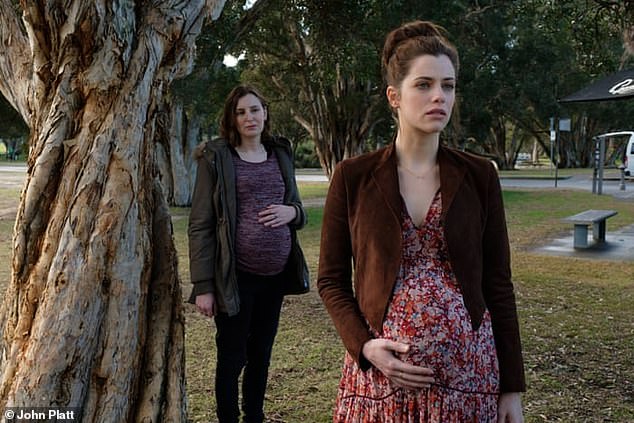 The drama taps into the darkness of both women’s worlds. Each has told lies about her pregnancy, and both will go to extraordinary lengths to conceal the truth 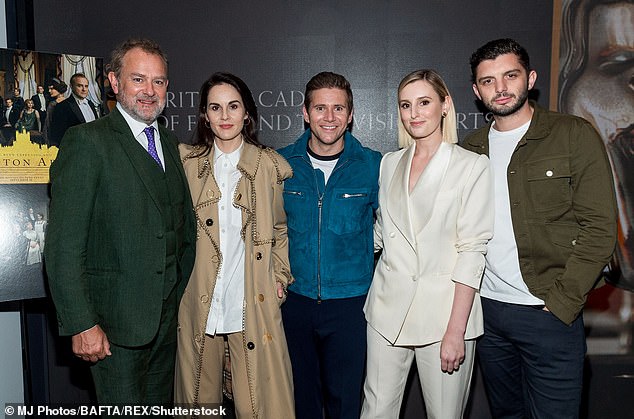 Her most recent TV project, The Secrets She Keeps, arrives on BBC 1, in a prime-time slot, on July 6.

It’s a suspenseful psychological thriller based on Michael Robotham’s 2017 book, in which she plays supermarket shelf stacker Agatha Fyfle who befriends wealthy yummy mummy Meghan Shaughnessy (Jessica de Gouw) after she discovers they’re both expecting at the same time.

The novel was set in London but producer Helen Bowden decided to shift the TV adaptation to Sydney. 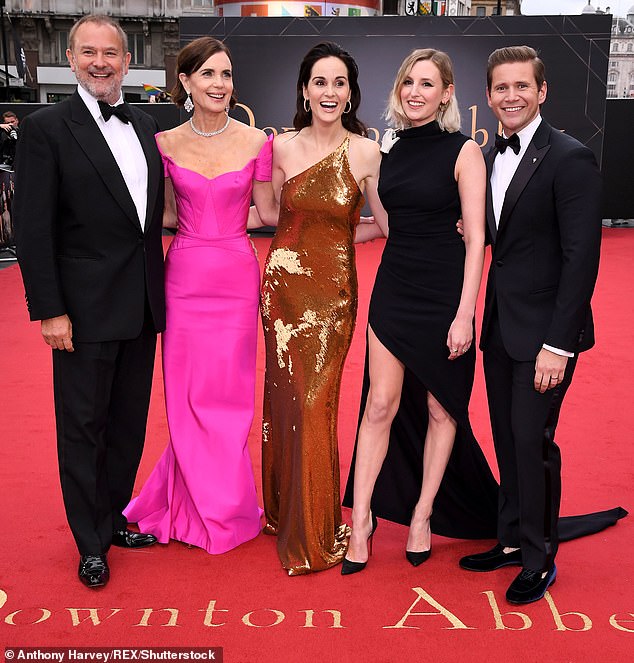 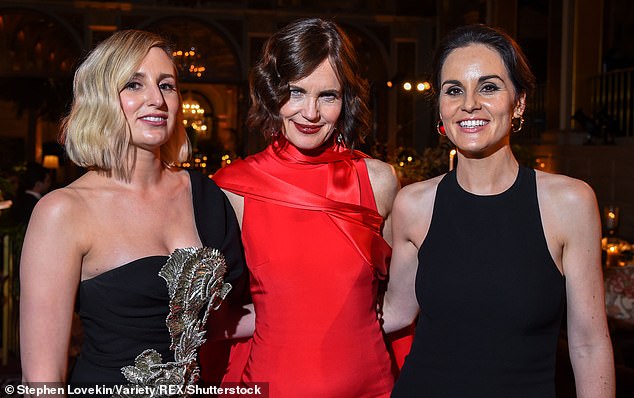 ‘Helen said Australians often think they don’t have a class issue the way we do here, but it’s very much there. To drive around the affluent suburbs and the city areas . . . you see these different worlds,’ Carmichael said.

The drama taps into the darkness of both women’s worlds. Each has told lies about her pregnancy, and both will go to extraordinary lengths to conceal the truth.

Carmichael added: ‘Not everyone is fully bad. If you understood where that came from you’d understand why she does the things she does.’ 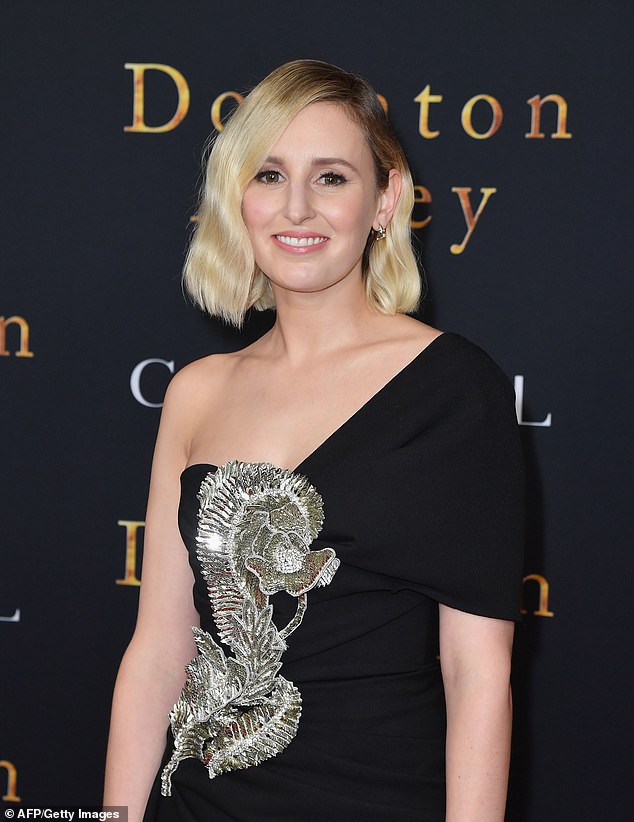 And she had to ‘get down and dirty’ to play Agatha. ‘I arrived in Sydney with blonde highlights and the hair and make-up designer was like: “Yeah, we’re going to wash those down.” 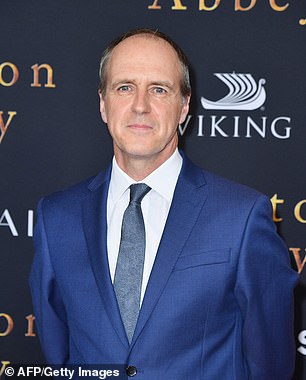 The cast have had various virtual get togethers, including one for Kevin Doyle’s (pictured) birthday

‘They put grease and stuff in my hair — which actually was good for my roots. They’d put dirt under my nails, and unflattering make-up under my eyes. I would catch sight of myself in the mirror and go: “Oh my God!” But I was delighted to just do it.’ And the effort clearly pays off — she excels in the role. She added that Agatha ‘doesn’t believe in lady-like behaviour, which was just what I wanted’.

After a busy 18 months working on all her various projects — travelling round Australia for The Secrets She Keeps and promoting the Downton film here, there and everywhere — she said she’s been using lockdown as a time for reflection.

Her mother, a radiographer, has been on the frontline, and her sister also works for the NHS. ‘We just all feel very fortunate to have come through this time,’ she told me. However, she’s concerned about how harsh the shutdown has been on the entertainment industry, particularly the theatre. ‘I hope it can be protected,’ she said. ‘It’s a vital part of our culture.’

She relaxed while staying at home by watching marathon sessions of The Sopranos — and planting tomatoes. She’s looking forward to using her first harvest in salads, ‘so everyone can appreciate the flavour of home-grown’, she said proudly.

The Bachelor 2020: Shock theory that Bella could win instead of Irena 0

Tommy DeVito, founding member of The Four Seasons, dead at 92 0

Great British Bake Off: Loriea is the first contestant to leave the tent 0

How to clean block paving 0

Stu Varney: 'People will start unloading stocks' if it looks like Biden will defeat Trump 0