Bachelor in Paradise's Brittney Weldon looks unrecognisable as she debuts new blonde hair
Brittany Hockley reveals the surprising reason she isn't getting airtime on Bachelor in Paradise
The Bachelor: Locky Gilbert is 'caught in Perth with a mystery blonde'

Kiki Morris has lifted the lid on her acrimonious split from Ciarran Stott, just weeks after they left Bachelor In Paradise as a couple in December.

Speaking to the So Dramatic! podcast following Sunday’s finale, the glamour model, 32, revealed that Ciarran, 26,  moved into her Sydney apartment immediately after the show.

However it didn’t take long for their romance to turn sour, prompting Ciarran to swiftly move out without warning, Kiki alleged. 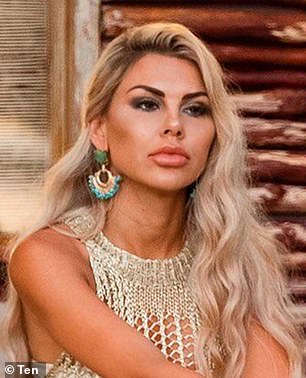 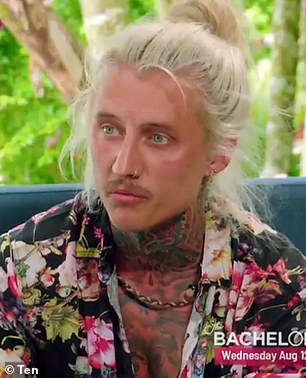 Unfortunately, at the time of their split Kiki and Ciarran were in the midst of house hunting.

‘He basically left me homeless, because I’d already put in notice on my apartment,’ Kiki lamented.

‘My housemate had moved out, the place we were looking to move into I couldn’t afford on my own – and he just up and left,’ she added.

Earlier in the interview, Kiki gave a searing recount of the circumstances that led up to her split with Ciarran, declaring: ‘Everything was great, until it wasn’t, and then it was terrible.’

According to Kiki, their relationship began to crumble when she discovered that Ciarran was still in contact with his previous love interest Tenille Favios.

Kiki claimed that Ciarran was actively pursuing Tenille, who appeared on Bachelor In Paradise in 2018, at the same time he was wooing Kiki over social media.

The shocking revelation came to light on New Year’s Day when Kiki and Ciarran were attending a party at fellow Paradise star Jackson Garlock’s house.

When Tenille suddenly turned up at the front door, Kiki immediately something was amiss.

‘[I said to Ciarran] ‘Why are you still talking to the girl you were trying to pursue when you first met me?’ Kiki said.

‘That’s a bit bizarre, you shouldn’t be doing that. It turned into a huge argument,’ she said, adding that Ciarran ‘went ballistic’ and ‘threatened to leave’ after being forced to fess up to the truth.

Attempting to salvage their relationship, the couple later embarked upon a holiday to Townsville, Queensland, but Kiki claimed she felt like a ‘stranger’ in his presence the whole time.

After returning to Sydney, Kiki finally confronted the former army rifleman, telling him: ‘If you’re going to continue to treat me like this, I feel like a stranger in my home walking on eggshells around you, I think you should leave.’

‘I went to the gym, I got home from the gym, all of his stuff was packed at my back door and he goes straight to Melbourne,’ Kiki said.

Tea For Immunity: This Ginger-Garlic-Turmeric Tea May Help Aid Immune-Health 0