Has she had more work done? Angie Kent shows off her puffy cheeks at the hair salon
Timm Hanly offers a BRUTAL response to Bachelorette ex Angie Kent
Angie Kent slams suitors AGAIN & claims they 'lied' and 'pretended' to get onto Bachelor In Paradise

One Bachelor In Paradise star appears to wear more than his heart on his sleeve.

Tattooed hunk Alex Mckay has revealed he has a large design on his arm to mark his rejection on Angie Kent’s season of The Bachelorette in 2019.

During a video on the franchise’s official Instagram page, the 26-year-old showed off a portrait of Angie, 30, bleeding while holding a rose. 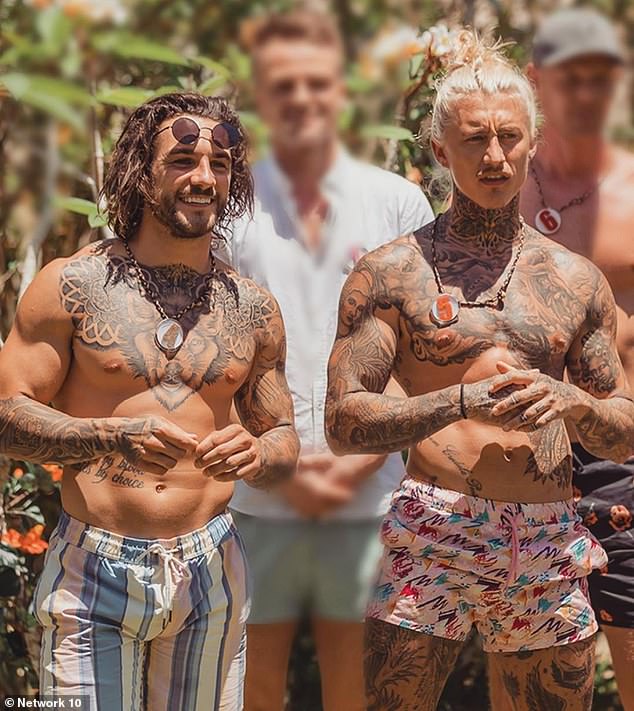 Ouch! Bachelor In Paradise star Alex Mckay (left) reveals he got inked with a tattoo of Bachelorette Angie Kent BLEEDING following his rejection by the blonde on the franchise in 2019. Pictured with tattooed co-star Ciarran Stottt

Alex was left heartbroken when he failed to receive a rose from Angie after making it to the final six during last year’s season of The Bachelorette.

‘This arm is a picture of Angie holding a rose and her hand is bleeding, because I didn’t get that final rose,’ he explained to the camera.

Alex admitted he got his first tattoo when he was 17-years-old because he ‘illegally walked into a tattoo parlour’. 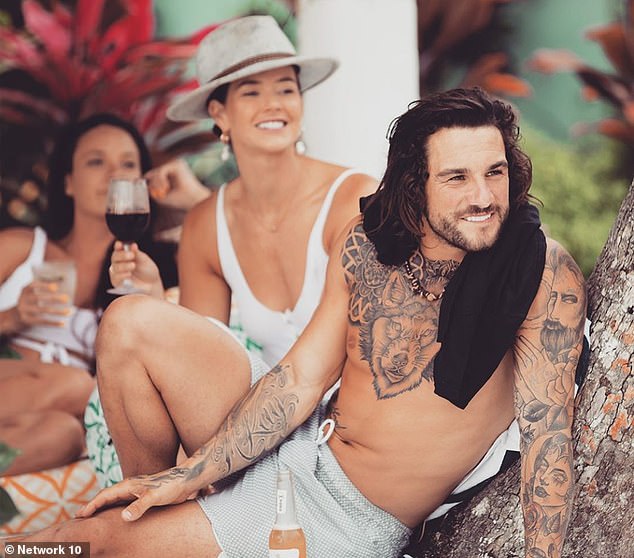 What would Angie say? Alex’s large design of the former Bachelorette bleeding is in a prime spot on his left arm (pictured bottom right) 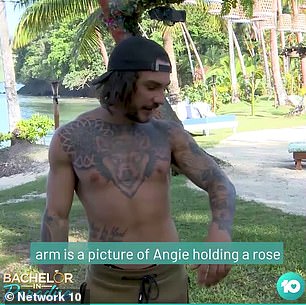 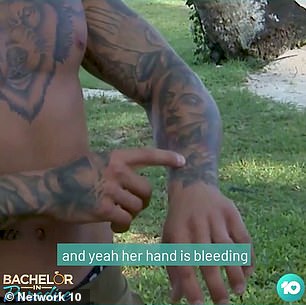 Detail: In a video posted to the show’s Instagram page, the 26-year-old reality star revealed he has a portrait of Angie’s face holding a rose permanently inked on his left arm

The former footballer explained many of his tattoos represent family meaning, while others were spontaneous.

The Queensland-based star rose to fame after appearing on last year’s season of The Bachelorette.

He is now hoping for a second chance at finding love, appearing on spin-off series, Bachelor In Paradise alongside the likes of Kiki Morris and Brittany Hockley. 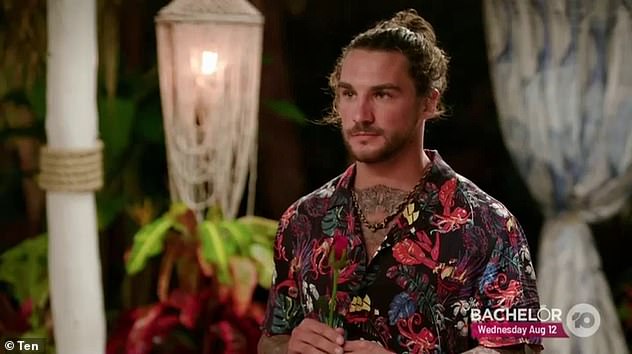 Hopeful: He is now hoping for a second chance at finding love, appearing on spin-off series, Bachelor In Paradise alongside the likes of Kiki Morris and Brittany Hockley

It comes just days after Angie delivered a savage sledge to the dating program, accusing her suitors of using her to get a free ticket to Fiji.

Sharing a video of her watching the show on Tuesday, Angie wrote: ‘Me sitting here knowing that 98% of the fellas from my season were cast and only there to get on Bachelor In Paradise.’

‘I certainly gave it my all and learnt some swell little lessons about myself/ dating/ bro code/ manipulators and love… even if it wasn’t my forever love,’ she wrote. 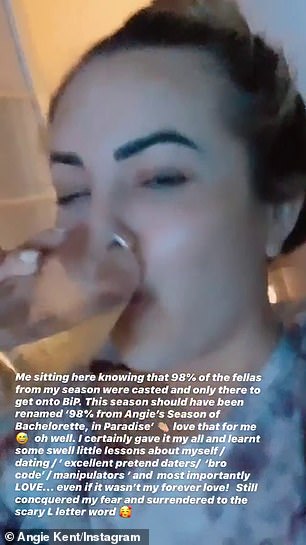 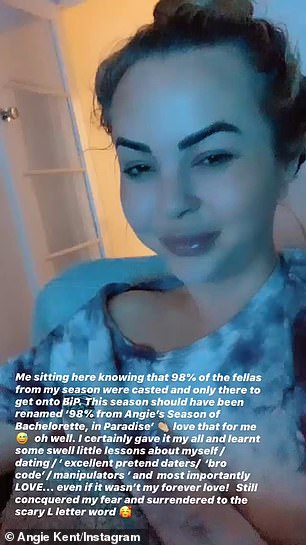 Savage: It comes just days after Angie, 30, delivered a savage sledge to the dating program, accusing her suitors of using her to get a free ticket to Fiji

‘I still conquered my fear and surrendered to the scary L letter word.’

Bachelor In Paradise Australia continues on Sunday from 7.30pm on Channel 10 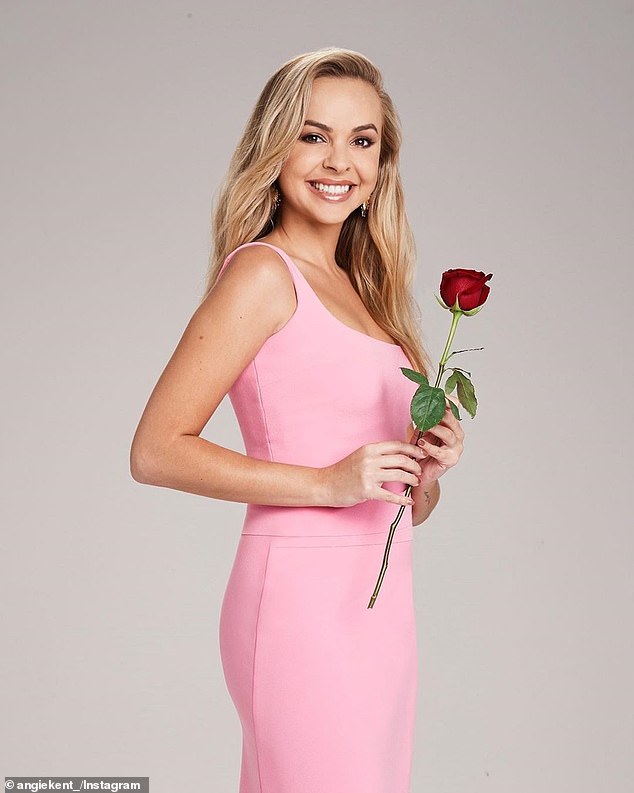 Over: Angie revealed at the start of this month that she and Carlin, who met on last year’s season on The Bachelorette, called it quits because their ‘values didn’t align’

James Argent heads out on his motorbike in Marbella 0