She recently wrapped filming on her first role since the end of hugely successful sitcom Modern Family.

And, Ariel Winter wore a bright pink face mask as she did some heavy lifting on Friday, dropping boxes at a UPS store in Studio City before heading for a grocery run at Gelson’s Market, in LA. 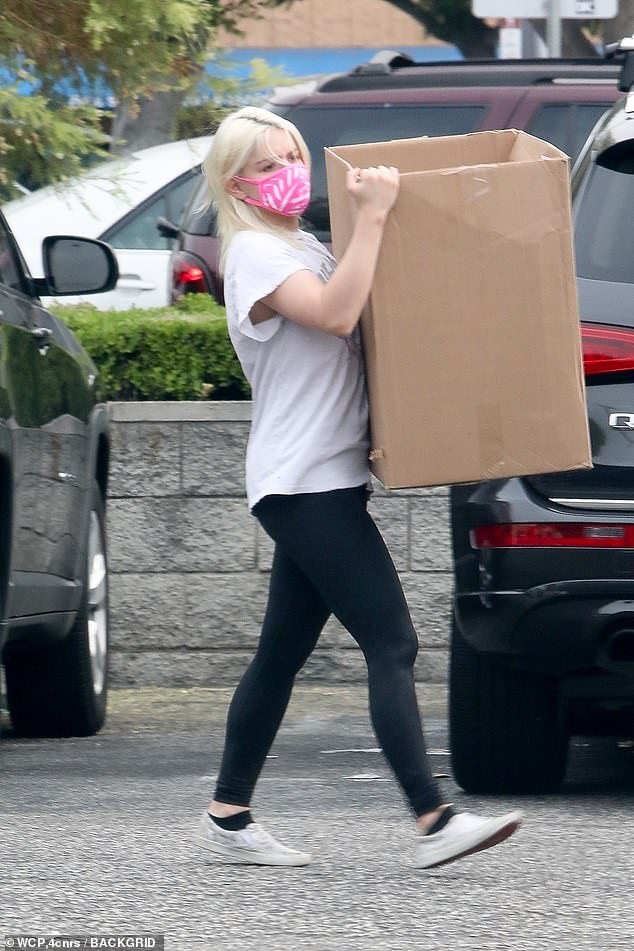 Safety first: Ariel Winter, 22, wore a bright pink face mask as she did some heavy lifting on Friday, dropping boxes off in Studio City before doing a grocery run at Gelson’s Market, in LA

Ariel strolled along in patterned plimsolls with her black trainer socks on display, as she ran errands.

The fresh-faced star carried her belongings in a black designer handbag that featured a black and white rope as a strap. 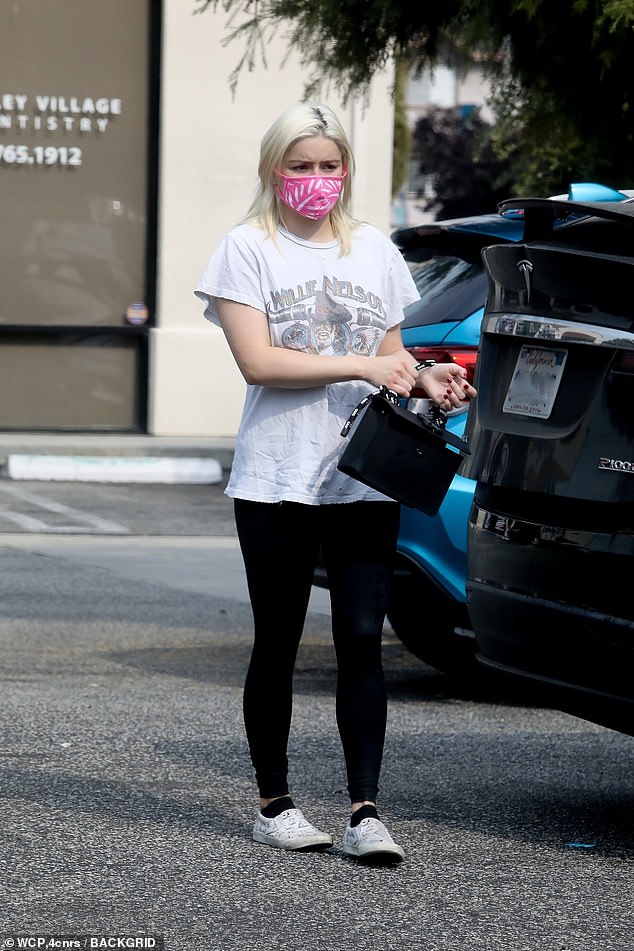 Low-key: The actress kept things casual in skin-tight black leggings and an off-white band style Willie Nelson T-shirt as she strolled along in patterned plimsolls

Last month, Winter revealed that her forthcoming indie thriller Don’t Log Off – which she happens to star in and produce – wrapped filming.

The feature from newcomers and brothers Brandon and Garrett Baer is described by Deadline.com as a comedy-thriller set during the early days of the COVID-19 pandemic.

According to Outline, the plot ‘revolves around six friends attending a virtual surprise party when the birthday girl suddenly goes missing.’ 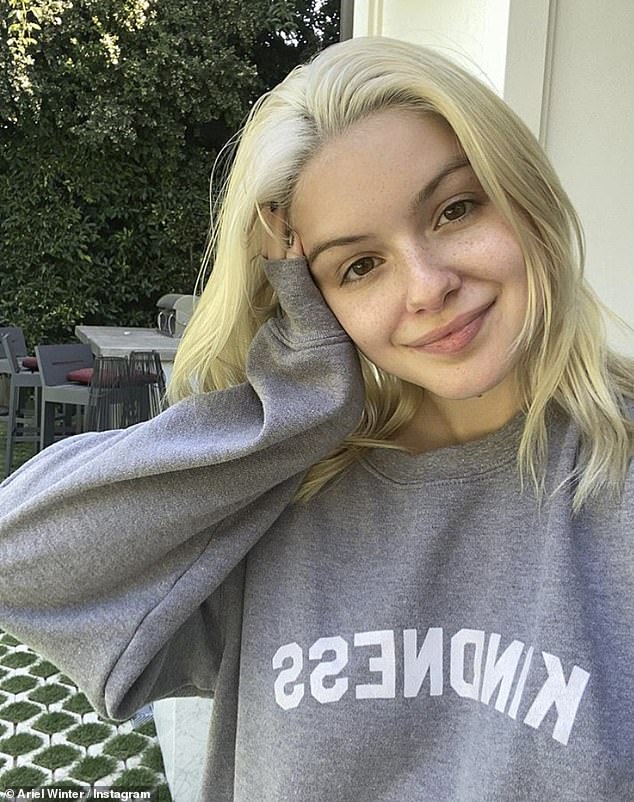 New project: Earlier this month, Ariel announced that she had just finished work on the independent film Don’t Log Off, her first role since Modern Family came to an end in April

What a difference: Ariel was 11 when she was cast as Alex Dunphy in Modern Family. After the final season wrapped filming in February, she dyed her hair red to  move on from her character

She celebrated the flick’s completion in a post shared to her Instagram, where she gushed about how ‘honored’ she is to be ‘sharing the screen’ with her friends.

‘AND WE ARE WRAPPED!!!!!!! Congratulations and thank you to our whole team— especially the very talented @branbaer & @thethirdlilbaer, our wonderful writers/directors,’ she began.

‘This movie really is an ensemble and I’m honored to be sharing the screen with my friends, and producing this with a few of them as well!!!!!’ 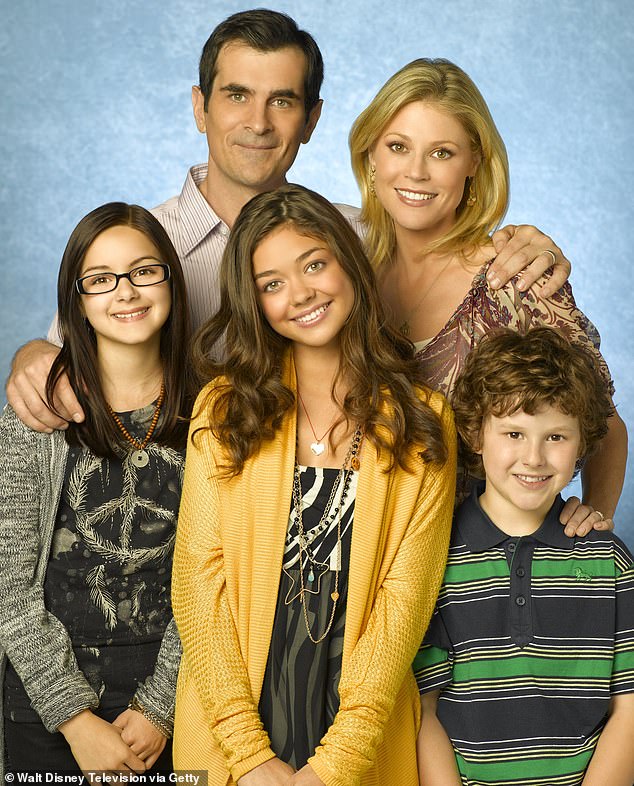 Over: The former child star appeared for 11 seasons on the popular sitcom along with Ty Burrell as Phil, Sarah Hyland as Haley, Julie Bowen as Claire and Nolan Gould as Luke

Ariel has been been dating Luke Benward, 25 – who is part of the project – since December of 2019, but she did not confirm her relationship with the actor until April.

Throughout filming she retained her natural dark hair but since the show ended, she’s been experimenting with her look. 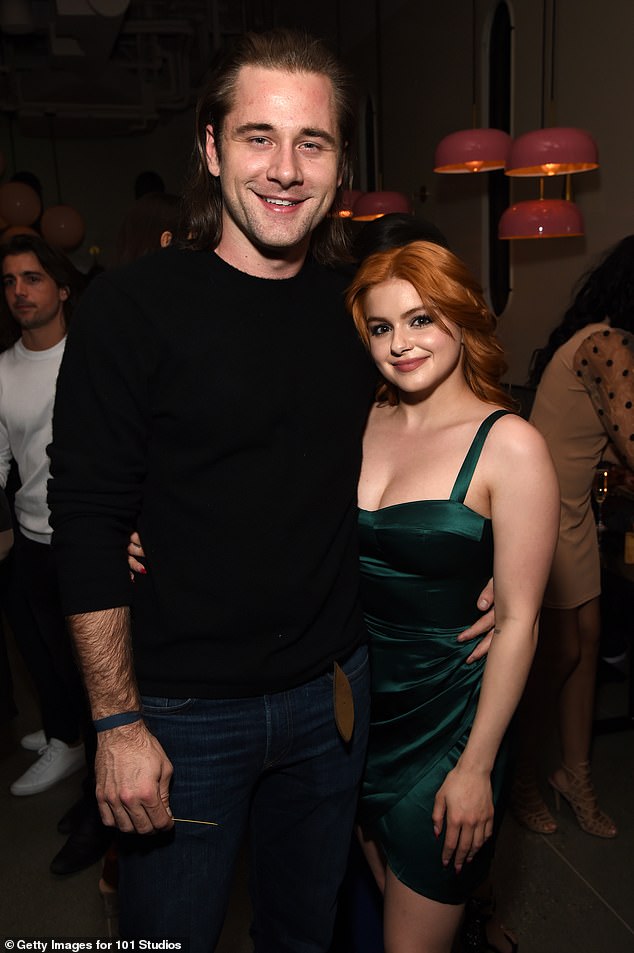 Loved up: Ariel has been been dating Luke since December of 2019, but she did not confirm her relationship with the actor until April; Luke and Ariel pictured in February

How to live longer: The juice that could ward off high blood pressure and boost longevity 0