Ariel Winter flashes her toned tummy in a Rolling Stones T-shirt... as she stocks up on alcohol amid lockdownBy Annita Katee For Daily

She has been keeping safe throughout the COVID-19 pandemic.

And Ariel Winter put safety first on Tuesday when she stepped out with a mask during a grocery run and a trip to the veterinarian in Los Angeles.

The 22-year-old beauty kept casual and was joined by her actor boyfriend, Luke Benward, as she was seen buying a case of wine bottles, as well as a pack of alcoholic hard soda beverages. 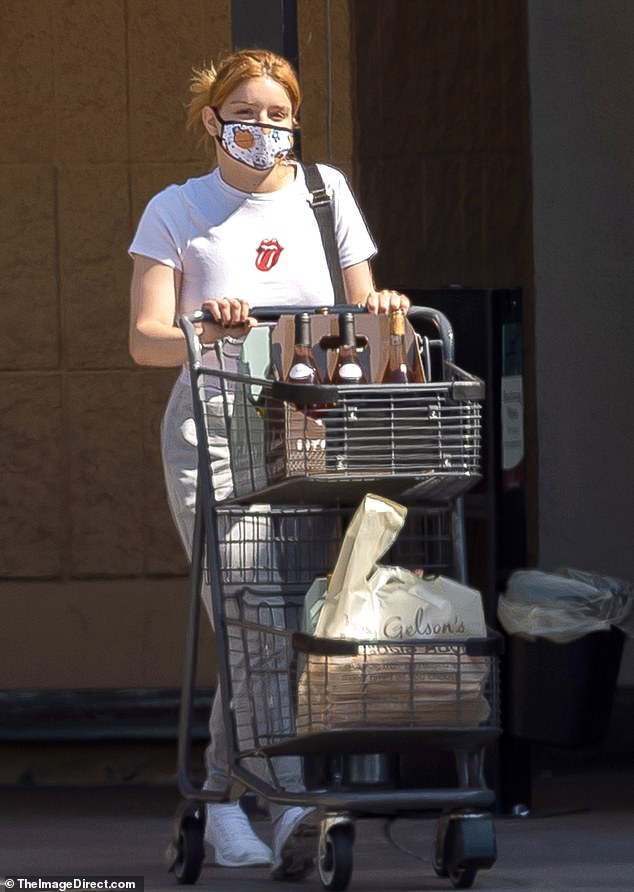 Ariel stunned in a cropped white Rolling Stones T-shirt that gave a hint of her toned stomach.

She teamed the look with a pair of grey joggers and completed the casual get-up with white sneakers.

The Modern Family actress accessorised with a black cross-body bag and sported a mask over her face. 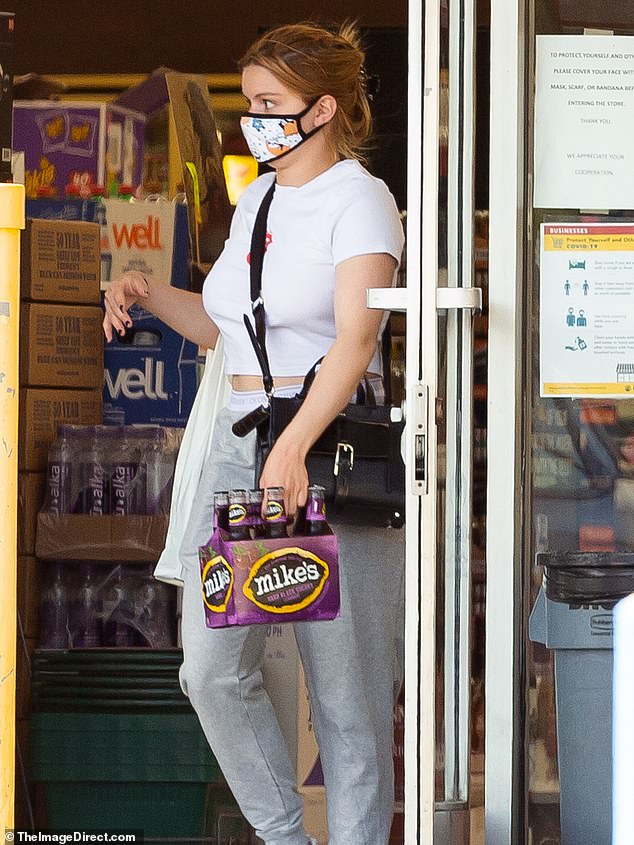 Stunner: Ariel stunned in a cropped white Rolling Stones T-shirt that gave a hint of her toned stomach while carrying a pack of alcoholic beverages 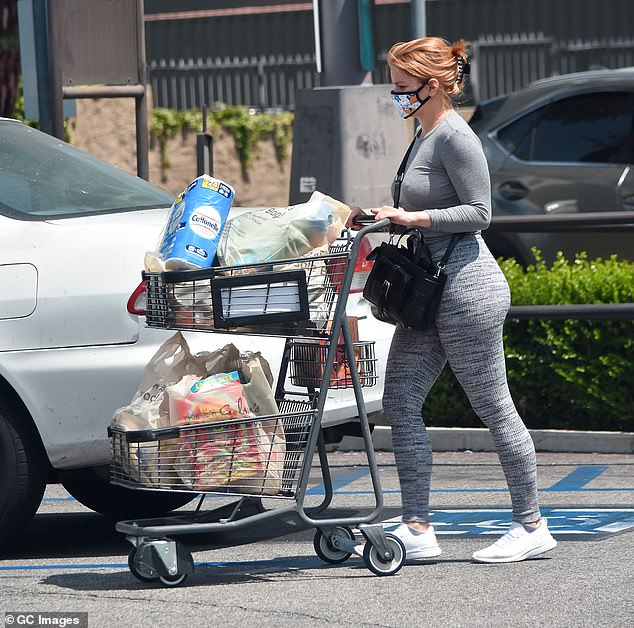 Stocking up: Ariel has been spotted out and about of grocery runs over the past few days (pictured June 29)

Ariel’s auburn hair was styled back and she appeared to be wearing very little to no makeup.

The 5ft1 star has been spending much of lockdown off social media, though she did share a black box on Instagram to mark Blackout Tuesday, and she posted an illustration of Breonna Taylor to celebrate what would have been her 27th birthday.

Ariel advocated for the arrest of three police officers who shot Taylor after breaking down her door while she slept. 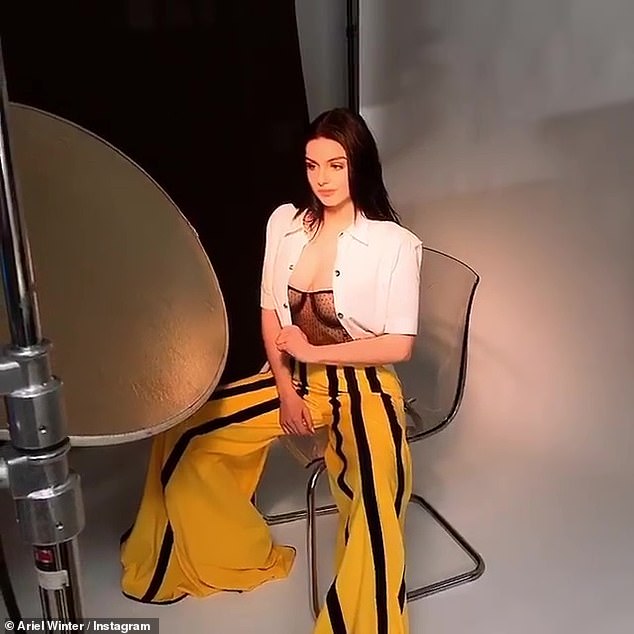 Throwback: While Ariel has been keeping off social media, she shared a throwback video shoot last week 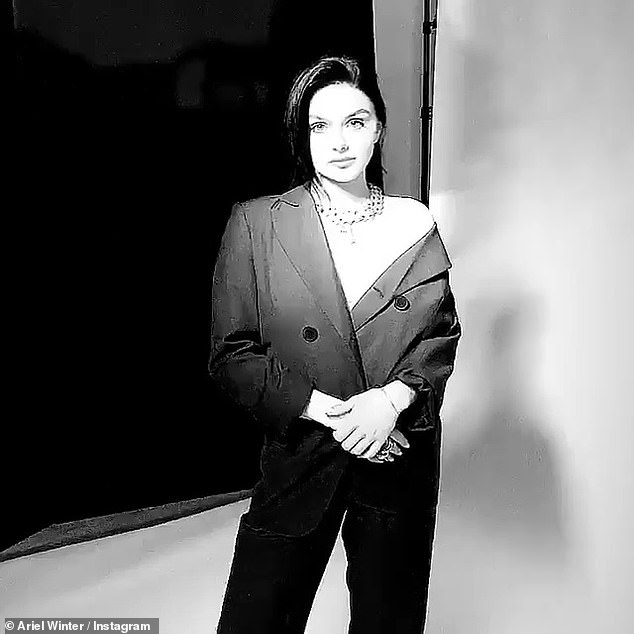 Stylish: One shot had her rock a stellar blazer that had one off-the-shoulder sleeve

The police were executing an illegal warrant to find a suspect who didn’t not live with Taylor and was already in police custody at the time of the raid.

More recently, Ariel mused about life before the coronavirus pandemic with a throwback video.

The clip assembled behind-the-scenes footage of her at a photo shoot, back when she still had her natural raven tresses.

Ariel has been spending much of lockdown with her boyfriend, Luke Benward. 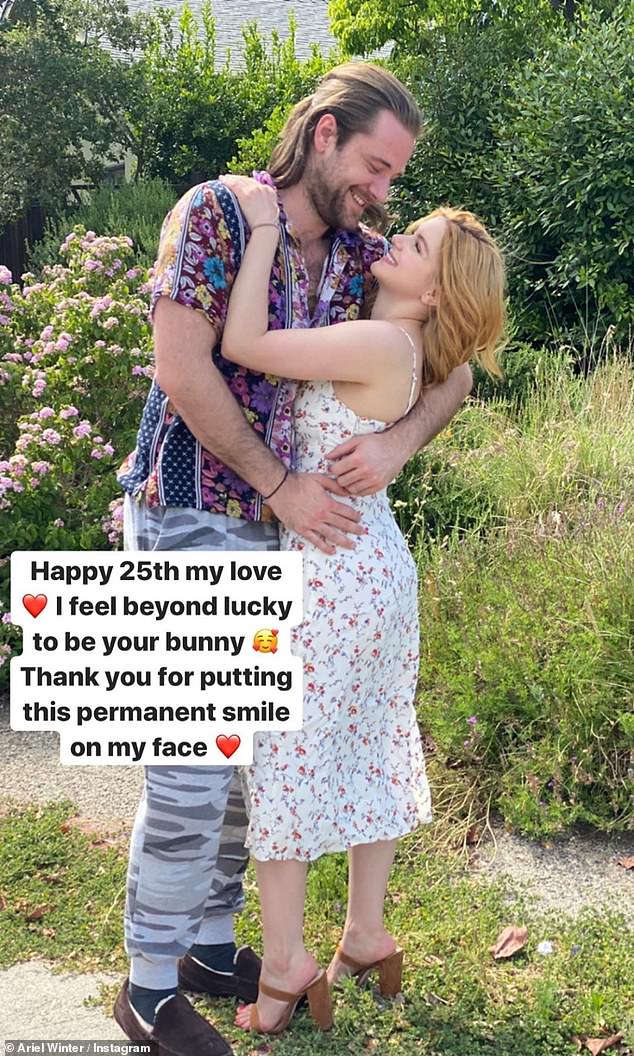 Love: Ariel has been spending much of lockdown with her boyfriend, Luke Benward. They’ve been dating since late 2019 following her split from long-term live-in beau, Levi Meaden

Loading...
Newer Post
The rise and fall of Syria’s first lady: Why the US is going after Asma Assad?
Older Post
Republicans welcome end of CHOP zone, say it comes 'several deaths too late'

Belarus violence: Protesters warned they could be shot with live rounds this weekend 0

Isaias becomes hurricane as it bears down on the Bahamas 0

NHL to pay out $300M in scheduled signing bonuses despite shortened season: report 0