Dani Dyer gives her son Santiago a kiss as she cradles him in her arms for adorable snap
Tamara Ecclestone looks radiant in an adorable sun-kissed selfie with her daughter Serena in Dubai
Home and Away actress Jodi Gordon gets her daughter Aleeia, six, an adorable kitten for Christmas

Angad Bedi celebrated his birthday with wife and daughter.

Actor Angad Bedi celebrated his birthday on February 6, 2021 with his family, wife Neha Dhupia and daughter Mehr Dhupia Bedi, who turned 2 last year in 2020. Angad Bedi and Neha Dhupia got married in May 2018 and since then, have been giving their fans some serious couple goals by way of their love-filled social media posts. Angad’s birthday pictures shared by Neha Dhupia were no different. Apparently, Angad Bedi had two birthday celebrations, first at midnight, bringing in his birthday and second during the day after. Of course, there were some decadent birthday cakes both the times.

Neha Dhupia shared a video from last night’s birthday ringing-in party on her Instagram story. The video showed Angad cutting a gooey dark chocolate cake with daughter Mehr sitting next to him wearing a party headband, flashing neon light. In an adorable moment, Angad cut the cake and offered it first to Mehr. 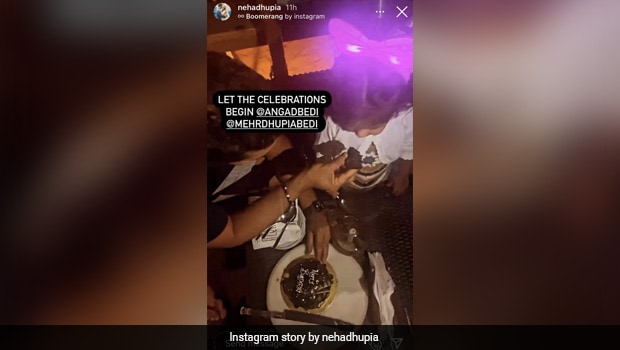 In her next post, Neha Dhupia posted a morning picture of Mehr holding a balloon and sitting in an outdoor area of a restaurant. Neha wrote: “Lots to celebrate but first my daddy’s birthday.” 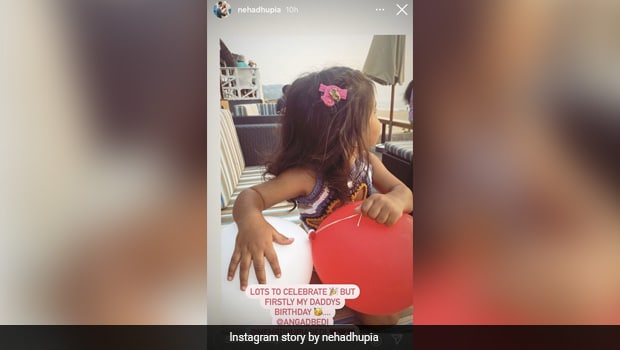 Neha Dhupia’s next story showed another cake-cutting session, with Angad Bedi cutting two huge cakes with Mehr sitting on his lap. One cake looked like a white vanilla cake with cherry sitting atop, and the second cake was again a chocolate cake with bits of white frosting. Neha wrote in the post: “Birthday Boy…Her Mufassa… She Is His Simbaa. 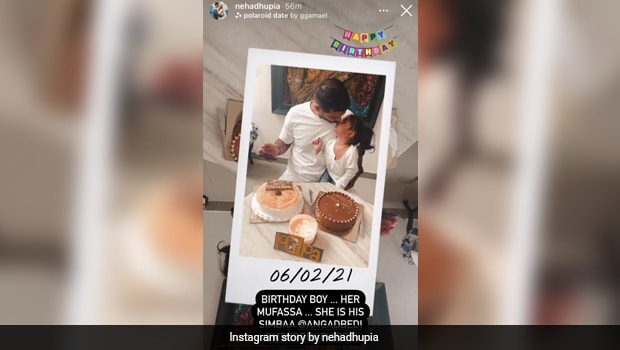 About Neha GroverLove for reading roused her writing instincts. Neha is guilty of having a deep-set fixation with anything caffeinated. When she is not pouring out her nest of thoughts onto the screen, you can see her reading while sipping on coffee.

Naomi Watts, 52, reveals the secret to her age-defying complexion as she stuns on the cover of Vogue 0