Andy Cohen says he 'gained back' weight he lost while battling the coronavirus 'and then some'
Andy Dick seen in embarrassing social media clip in which he forgot names of couple he was marrying
Andy Cohen says A-List guests Sarah Jessica Parker, Celine Dion will join new animated show

The Watch What Happens Live host, 52, welcomed actress Amanda Peet onto his Bravo chat show on Wednesday, recalling how she had a front row seat for the awkward exchange in October of 2018.

‘Last time you were on the show, it was actually an infamous night in the clubhouse,’ the St. Louis native recalled to Peet, 48. ‘You were on with the legendary actress Debra Winger – what was going through your mind during that challenging and interesting episode?’ 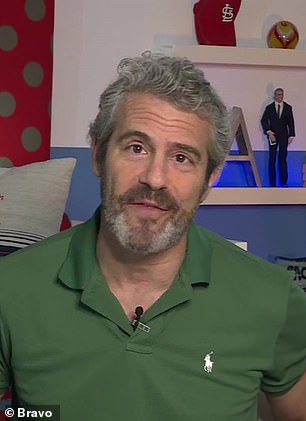 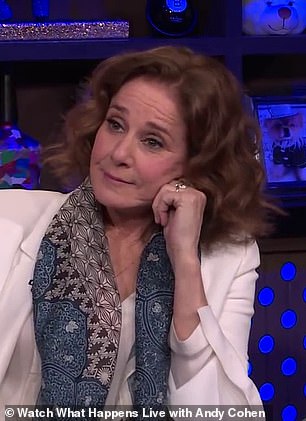 Flashback: Andy Cohen, 52, welcomed actress Amanda Peet, 48, onto his Bravo chat show Watch What Happens Live on Wednesday, recalling how she had a front row seat for the awkward exchange in October of 2018 when he welcomed her and actress Debra Winger, 65

Peet said she thought to herself, ‘Is it me or are we tanking?’ and even told herself to ‘be more fun’ in an effort to break up the tension.

Cohen told Peet, ‘You were great, she just hated me and my questions, so it was a challenging situation.’ (After the exchange, Cohen room to Twitter and wrote, ‘Daddy needs a drink.’)

Andy, who presides over the SiriusXM channel Radio Andy, said that the Terms of Endearment star, 65, was irritated with his line of questions, including one that requested she rank the kissing abilities of co-stars John Travolta, Richard Gere and Robert Redford.

‘Between Travolta, Richard Gere and Redford and she was like, “I don’t remember, do you remember someone you kissed 30 years ago?”’ Cohen recalled. ‘I’m like, if it was Robert Redford, I would have remembered!’

Memory lane: Cohen told Peet of her outing, ‘You were great, [Winger] just hated me and my questions, so it was a challenging situation’ 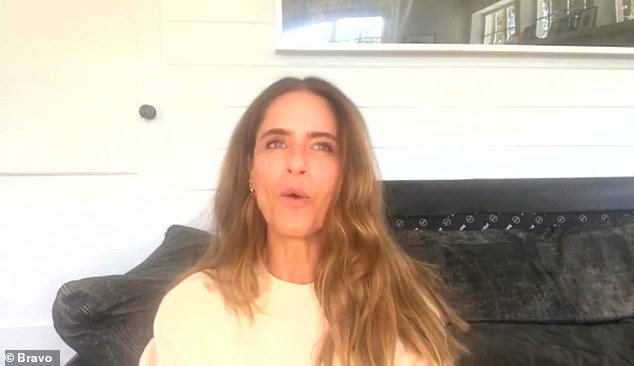 Recall: Peet said she ‘was dumbfounded’ at witnessing the awkward exchange between Cohen and Winger

Peet, who was promoting her show Dirty John: The Betty Broderick Story in the appearance two years ago, said she ‘was dumbfounded’ at witnessing the awkward exchange between Cohen and Winger – one of her favorite actresses.

‘I was dumbfounded,’ she said. ‘I was kind of like, just in a state of dumb shock. It was hard for me to help or be conversational, because my mouth was hung open.’

Last year, during a For Your Consideration Emmys event in New York City, Cohen said of Winger’s appearance, ‘Oh my god, it was bad, I almost can’t talk about it.’

The Bravo personality said that he previously bonded with the thrice Oscar-nominated actress amid the commercials during the taping. 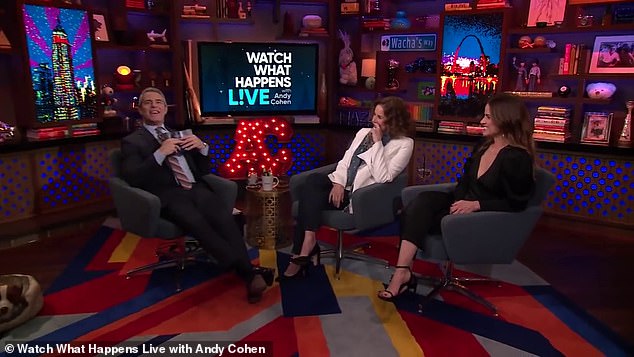 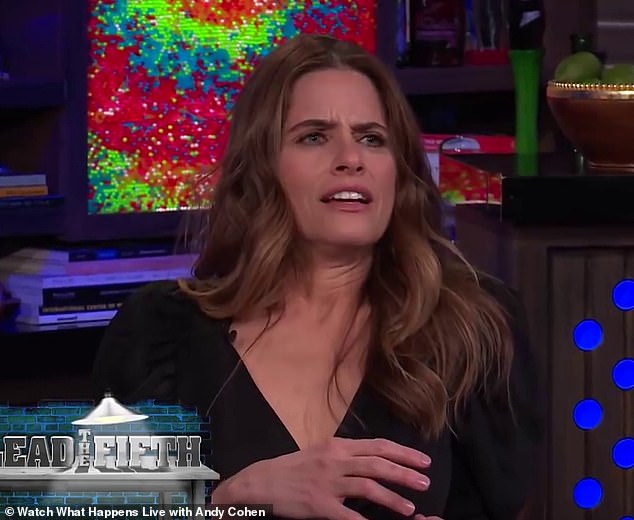 Caught in the middle: Peet found herself amid an tense exchange between Winger and Cohen

‘You know what’s weird about Debra Winger? We really did connect, and during the commercial break, she kept saying, “You know, you’re like my Jewish little brother. I feel connected to you.” But then when the camera came on, she wasn’t having me,’ he said.

Cohen remains recovering from the coronavirus, as he’s one of a number of celebs who’ve publicly confirmed they’d tested positive for COVID-19.

Summer Diet: Try This Litchi Ginger Cooler At Home To Beat The Heatwave 0