She rose to fame following her debut album Love Monster in 2018.

And on Friday, Amy Shark shared a throwback post to Instagram, reflecting on how much her days have changed since dominating the music charts.

The 34-year-old proved exactly how far she’s come as a pop star. 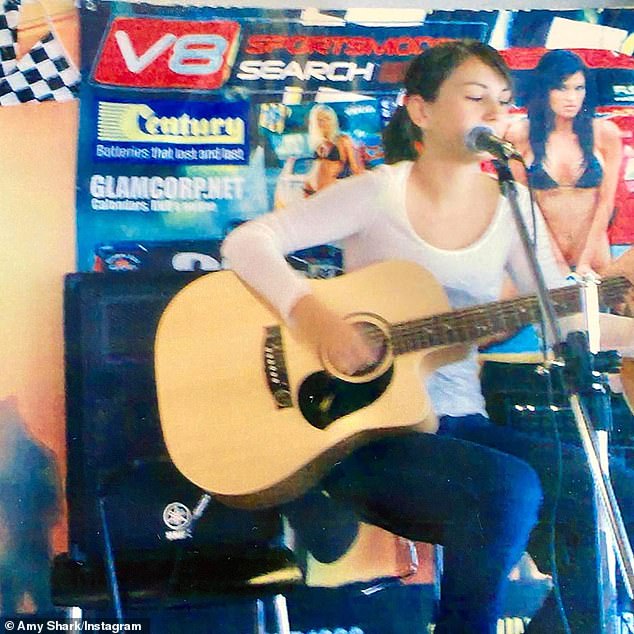 ‘Seven years ago I was playing in bars with nude poster girls behind me,’ she wrote.

In one photo, a much-younger Amy held onto a guitar while playing at a corporate event.

A second saw Amy performing in front of a large crowd last year. 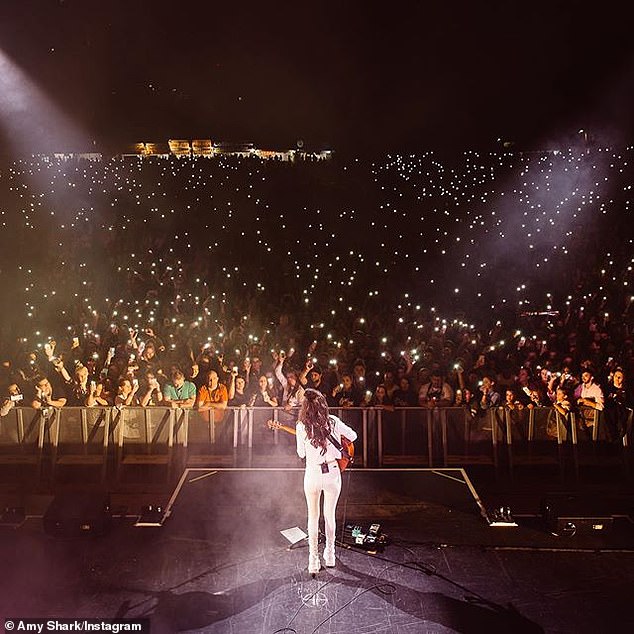 What a shot! A second photo saw Amy performing in front of a large crowd last year

‘All of us singing and dancing and hugging,’ she described the photograph.

Amy continued: ‘If anyone is struggling in lockdown, quarantine or isolation – just please keep your chin up.’

‘The future is bright and it’s yours,’ she encouraged her fans. 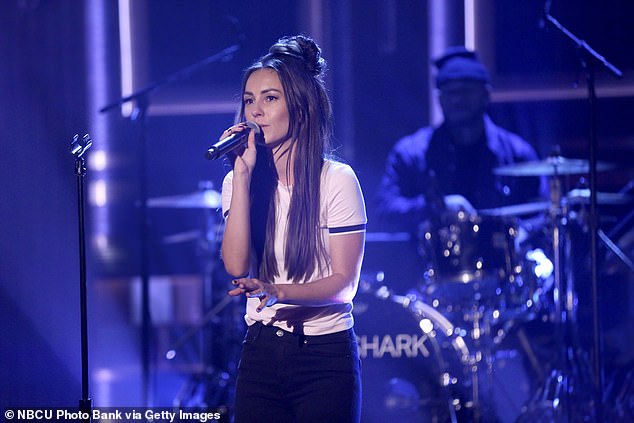 Inspirational: ‘If anyone is struggling in lockdown, quarantine or isolation – just please keep your chin up,’ she penned. Pictured performing on Jimmy Fallon in March 2018

Amy recently revealed the reason why she delayed the release of her new song, which was originally scheduled for early April.

Speaking to The Daily Telegraph, Amy explained how she didn’t feel it was the right time to share her new music amid COVID-19.

‘What was happening, and is happening, is so important and so much bigger, that if I’m pushing something out into the world, it’s sort of suffocating what someone else is trying to say,’ she told the publication.

‘I don’t want to clutter that. I want the world to get better and those voices need to be heard.’

Amy added she does feel for fans waiting for new music, but ‘it’s always going to feel good when the time is right’.

The brunette released her brand new single Everybody Rise on June 5 on Spotify and Apple Music.

Last year, Amy was nominated for four ARIA Awards including Song of the Year and Best Female Artist. 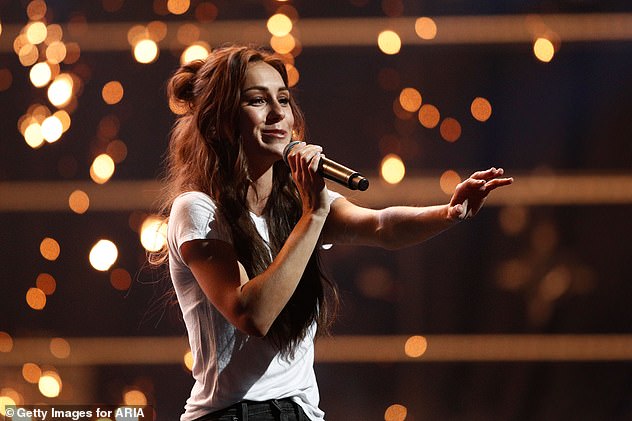 Timing: Amy explained she didn’t feel it was the right time to share her new music amid COVID-19, not wanting to ‘suffocate what someone else is trying to say’ with the Black Lives Matter movement

Coronavirus warning: The 5 most likely places to catch coronavirus in an office 0

Germany is mulling economic sanctions against Russia. Do they actually work? 0