Former NYC detective slams de Blasio: 'He has empowered the criminal and desecrated the NYPD'
'This Is Us' star Chris Sullivan welcomes first son with wife Rachel: 'HE HAS ARRIVED!'
Saints' Malcolm Jenkins says Trump 'ignoring' purpose of national anthem protests: 'He understands the point'

Amanda Kloots has given a new update on her Broadway actor husband Nick Cordero who is currently fighting for his life in Cedars-Sinai hospital, Los Angeles, battling coronavirus-related health issues.

In an interview with Gayle King on CBS This Morning, Amanda said that the ‘ultimate goal’ is for Nick, 41, to have a double lung transplant to live the life he ‘would want’ but warned that a ‘lot of things would have to line up’ for him to be a candidate for that.

The Tony-nominated actor has already had his leg amputated due to his health battle against the virus, although he is no longer in a coma and has now tested negative to COVID-19. 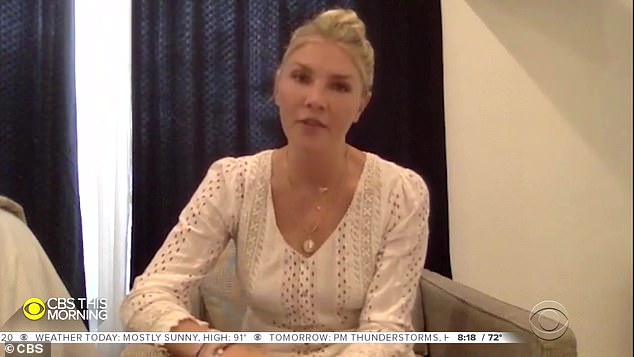 Yet, he still remains in a critical condition and Amanda gives daily, heartbreaking updates on her husband, with whom she shares a baby son, Elvis.

In an emotionally frank interview on Thursday, Gayle asked Amanda about whether or not having a lung transplant was definitely an option.

‘We think that that is most likely the possibility,’ she replied. ‘A 99% chance that he would be needing that in order to live the kind of life that I know my husband would want to live.’ 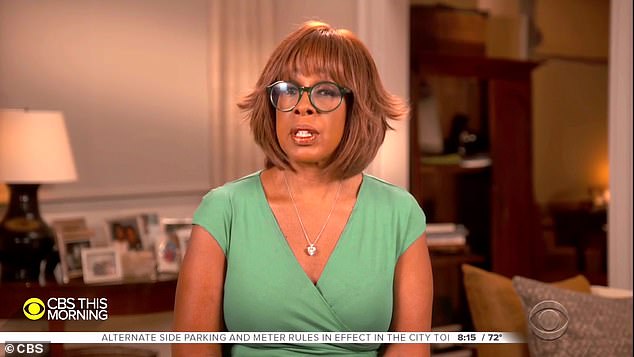 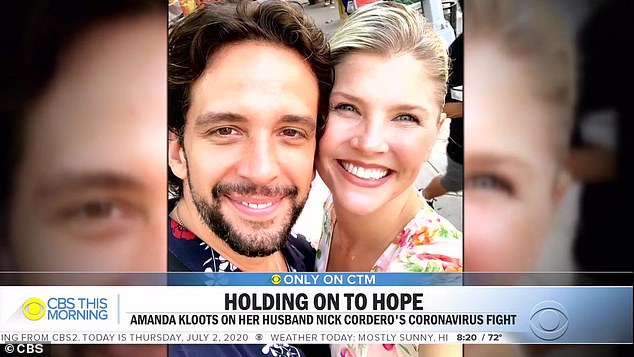 Happier times: Amanda has shared many family pictures of herself and Nick on her Instagram page 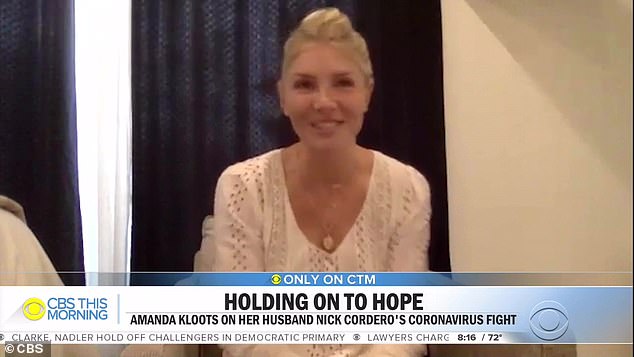 Hopeful: Amanda has said that it’s not up to her to ‘let Nick go’ saying she will leave that up to God 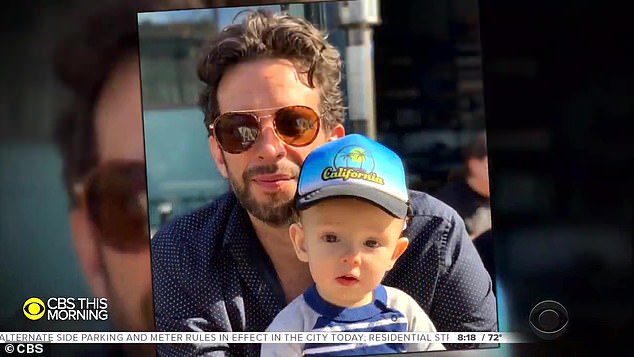 Father: The couple share a baby son Elvis pictured above with his daddy

‘That is a long road away and a lot of things would have to line up in order for Nick to be a candidate for that.’

Gayle then asked: ‘I was wondering, Amanda, if you’ve ever gone there… have doctors told you, “Amanda, it’s time to let him go?” Have they ever said that to you?

Kloots responded: ‘They told me four times that he won’t survive. Sometimes even he won’t survive through the night, but he has. He has…. I believe, Gayle, that God is the only person that’s going to decide when and if my husband goes.’ 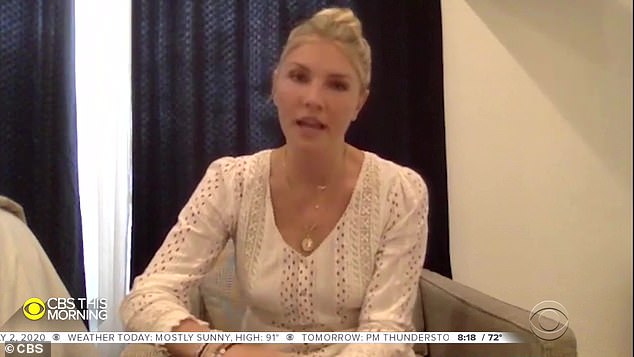 Nightmare: Amanda’s Broadway star hubby has been battling a long list of complications after coming down with COVID

‘So I will never try to play that role… He’s fighting. I see it every day. Nick’s doctor sees it. And as long as he’s in there and fighting, I’ll continue to fight with him. … I tell him every day before I leave, I say, “Okay, here’s what you have to focus on. The two of us sitting in our new house,… Elvis is in bed and we’re listening to ‘Our House’ in our, you know, home in Laurel Canyon.”

Amanda’s Broadway star hubby has been battling a long list of complications after coming down with COVID.

Nick was admitted to Cedars-Sinai Medical Center with pneumonia in March and has been in intensive care ever since.

Doctors had to amputate his right leg due to complications from the coronavirus and the Rock of Ages and Waitress star has lots 65lbs and suffered major lung damage during his hospitalization.

This Day in History: August 6 0

The ultimate Windows threat could be from Microsoft itself, FBI warns 0

Megan Thee Stallion reveals she 'suffered gunshot wounds,' notes she was not arrested: ‘Grateful to be alive’ 0