ADRIAN THRILLS: The Californian sisters who Haim to please

Alongside big hitters Lady Gaga and Alicia Keys, Haim were supposed to release their new album in the spring.

And like their fellow Americans, the Californian sisters postponed it due to coronavirus.

But given their fondness for hazy, sun-dappled sounds, June feels just about right for their return.

Women In Music Pt. III is a perfect summer record. 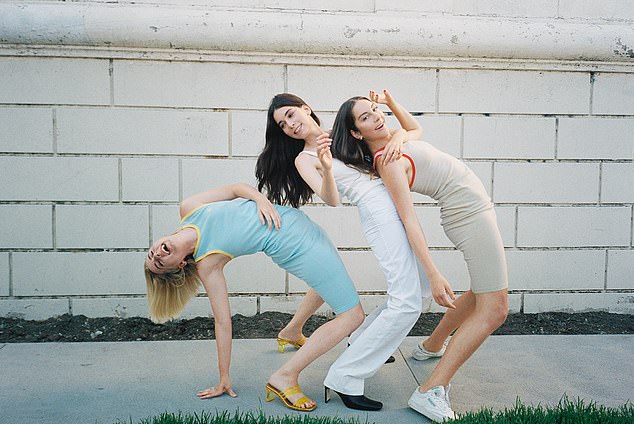 Sister Act: From left, Alana, Danielle and Este.  The trio, who once toured with their parents in the family band Rockinhaim, have a sense of common purpose that goes beyond sibling harmonies

It’s also an inventive step forward for a trio who made their name with slick vocal harmonies and chiming guitars.

When they topped the UK chart with debut album Days Are Gone in 2013, they seemed to sit firmly in the Californian soft-rock tradition of The Bangles and Rumours-era Fleetwood Mac.

The title of their third album is clearly playful. It supposedly came to singer Danielle Haim in a dream and was immediately seized upon by her two sisters.

But there’s a serious streak beneath the droll humour, with the siblings confidently writing and playing all the material here themselves.

As keyboardist and guitarist Alana says: ‘The title helped us reclaim our relationship with a term that gets thrown around so much.’

The trio, who once toured with their parents in the family band Rockinhaim, have a sense of common purpose that goes beyond sibling harmonies.

Danielle, 31, has played with Vampire Weekend and toured with Julian Casablancas and her vocals and guitar fuse smoothly with Alana, 28, and bassist Este, 34.

A summery outlook is apparent on The Steps, which has a catchy chorus and handclaps that echo Sheryl Crow’s All I Wanna Do.

But Haim’s success lies primarily in their knack of penning what they call ‘emotional bops’ — songs that mix upbeat melodies with weighty lyrics.

Don’t Wanna is powered by pop hooks that would sit comfortably on a Taylor Swift or Carly Rae Jepsen album, although its themes of mutual infidelity — ‘We’ve both had nights waking up in strangers’ beds’ — are of a grown-up nature.

Much the same goes for I’ve Been Down, which sounds like a rambling, Stones-like rocker until you realise Danielle is singing of how she feels depressed even when everything seems to be going well: ‘The love of my life sleeping by my side, but I’m still down.’

Amid the usual nods to West Coast rock, there are unexpected turns.

There are outcrops of reggae and jazzy sax, while I Know Alone features glitchy electronics and cello.

The latter, inspired by the solitude Danielle felt having returned home from tour, was written before lockdown, but its portrait of isolation still feels timely.

Elsewhere, Man From The Magazine chronicles a shocking encounter with a sexist male interviewer who asked Este whether she ‘makes the same faces in bed’ as she does on stage.

Summer Girl uses the bass riff from Lou Reed’s Walk On The Wild Side, but is actually a love letter to Danielle’s boyfriend, the band’s co-producer Ariel Rechtshaid, who is in remission after treatment for testicular cancer.

With more than an hour’s worth of music, there’s inevitably some filler.

Now I’m In It and All That Ever Mattered could easily have been omitted, but this is an accomplished return.

And as the trio sing on Los Angeles — ‘New York is cold, I tried the winter there once… nope!’ — they are clearly still California girls.

When Jessie Ware got a Mercury nomination for 2012 debut album Devotion, a glittering pop career seemed on the cards.

But the two LPs that followed, Tough Love and Glasshouse, failed to live up to that early promise.

The latter — a confessional set inspired by motherhood — coincided with a below-par Coachella gig in 2018 that left her feeling bitter and uncertain of her future.

Her spirits have since been lifted by the lifestyle podcast, Table Manners, which she co-hosts with her mother Lennie over a home-cooked meal.

The show, which has spawned its own cookbook, has given Ware the space to take stock, and she sounds positively revitalised on What’s Your Pleasure? 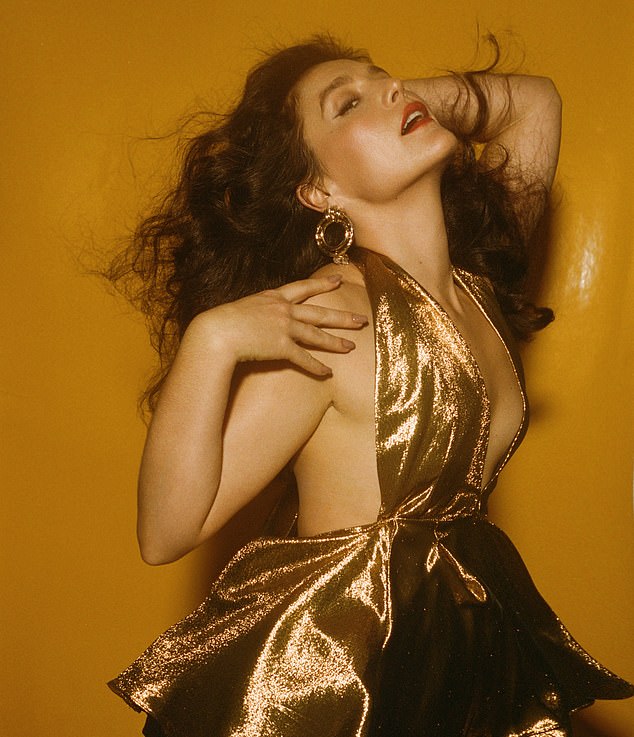 Jessie Ware’s dancing her way through quarantine, her energetic grooves all the more poignant because there are no clubs to visit at the moment. These are songs for the kitchen disco

Produced by James Ford, of Simian Mobile Disco, the album puts the introspection of Glasshouse aside in favour of escapist disco.

Like Dua Lipa, she’s dancing her way through quarantine, her energetic grooves all the more poignant because there are no clubs to visit at the moment. These are songs for the kitchen disco.

‘I’m back to my first love,’ says Jessie, comfortable again in her own skin.

Verdict: More gems from the vaults 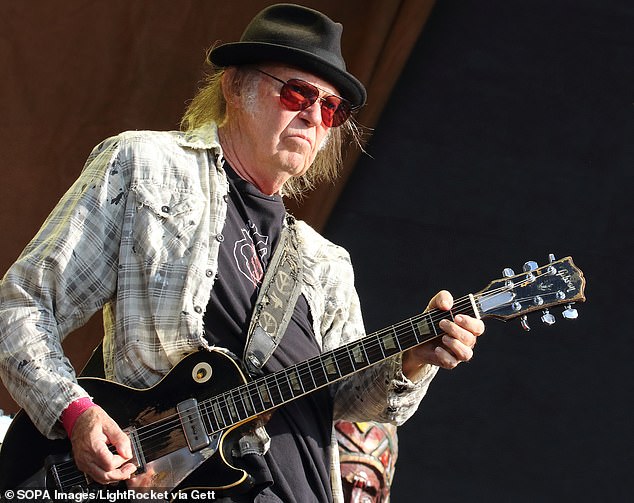 Neil Young is making a habit of retrieving unreleased albums from the vaults.

Three years ago he unearthed the acoustic LP Hitchhiker from 1976 and now he’s dug even farther back, to 1974, for Homegrown.

Written after his split from actress Carrie Snodgress, it’s a wide-ranging collection he dubs ‘the one that got away’.

There are echoes of 1972’s classic Harvest in Separate Ways and Love Is A Rose, and the Canadian’s rock leanings get a look-in on the title track and Vacancy.

With Emmylou Harris on harmony vocals and The Band’s Robbie Robertson on acoustic guitar, it’s a valuable addition to the canon.

Coronavirus breakthrough: Immunity from COVID-19 could actually be much higher 0