90 Day Fiancé's Erika Owens, 24, is accused of 'making money off of women's insecurities' by promoting Botox and fillers on InstagramB

Bachelor in Paradise's Alisha Aitken-Radburn, 27, confirms she had Botox ahead of her TV return
Farrah Abraham dons black lace face masks as she arrives at Botox appointment in Beverly Hills
Jessica Rowe says she's no longer a 'career-obsessed perfectionist' since turning 50 but likes Botox


90 Day Fiancé’s Erika Owens, 24, is accused of ‘making money off of women’s insecurities’ by promoting Botox and fillers on Instagram

Australian 90 Day Fiancé star Erika Owens has hit back at a troll after being accused of profiting off of women’s insecurities.

The 24-year-old sparked backlash after documenting herself receiving Botox and lip fillers on Instagram.

After sharing a video of the procedure, the Adelaide-based influencer was forced to defend herself when a fan implied that she was setting a bad example by promoting the procedure to her 360,000 followers. 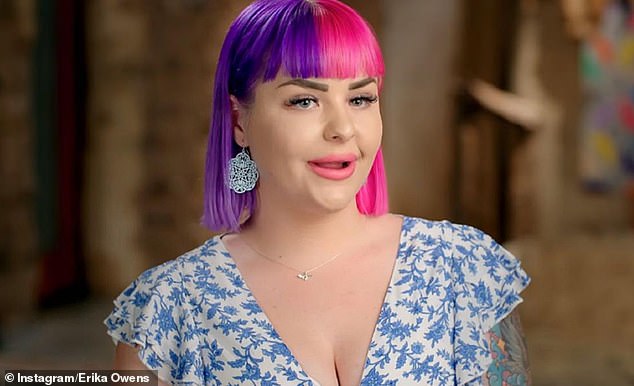 Hitting back! Australian 90 Day Fiancé star Erika Owens (pictured) has hit back at a troll after being accused of profiting off of women’s insecurities

‘Don’t you think it’s a shame that you use your popularity to make money on women’s insecurity?’ wrote the fan.

Erika fired off a lengthy response in which she not only defended herself, but also claimed that her cosmetic surgery posts ‘helped’ her female followers.

‘I’m not making money off it. I pay for my treatments. I do get my skincare products for free though,’ she wrote. 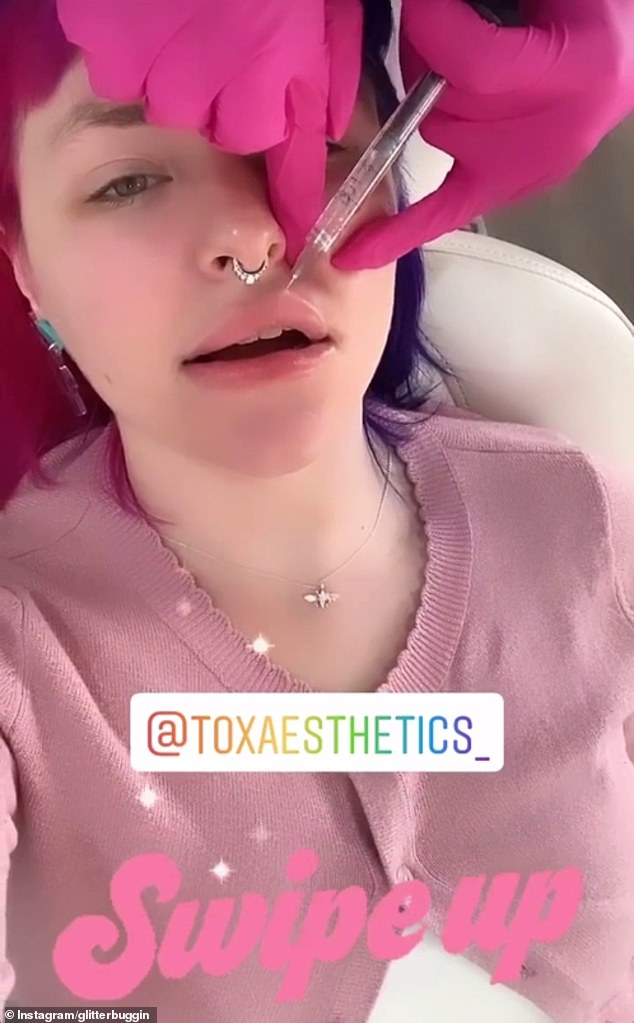 Plastic fantastic: The 24-year-old sparked backlash after documenting herself receiving Botox and lip fillers on Instagram

‘I use my platform for many things. I raise money for charity, I promote self love (in all forms, natural or not). I share my creativity and help my younger fans through some really hard times,’ she continued.

‘It’s very insulting for you to insinuate I’m contributing to women’s insecurity by promoting a business that actually helps women with their insecurities,’ Erika explained.

She went on to say that injectables like fillers are ‘no different to wearing makeup’ or ‘changing your hair’. 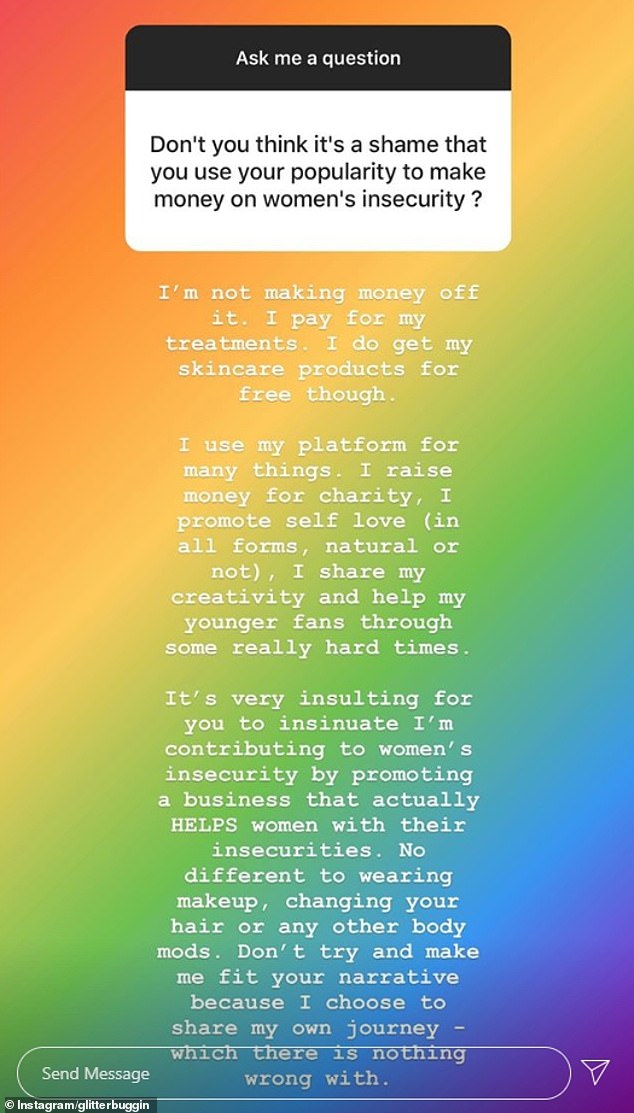 ‘It’s very insulting for you to insinuate I’m contributing to women’s insecurity by promoting a business that actually helps women with their insecurities,’ Erika raged

Fame: Erika (right) was one half of the first ever same-sex couple in TLC’s 90 Day Fiance franchise. (Pictured with Stephanie Matto on 90 Day Fiance: Before the 90 Days)

‘Don’t try and make me fit your narrative because I choose to share my own journey – which there is nothing wrong with,’ she finished.

Erika starred on the most recent season of 90 Day Fiancé: Before the 90 Days.

She made history on the franchise as one-half of the first ever same-sex couple to be featured one the show, along with ex-girlfriend Stephanie Matto.

The young photographer stood out on the series thanks to her multi-coloured hair and outrageous outfits, but she looked extremely different a few years ago. 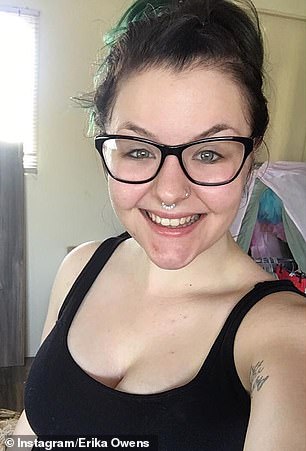 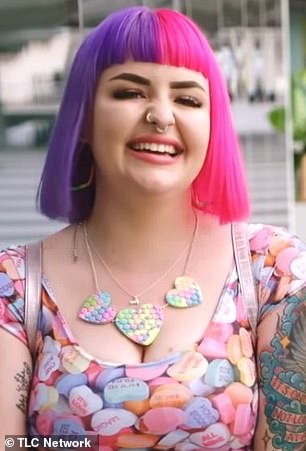 Unbelievable! Without her vibrant makeup on, Erika looks fresh-faced and youthful. (Pictured in 2016, left, and 2019, right) 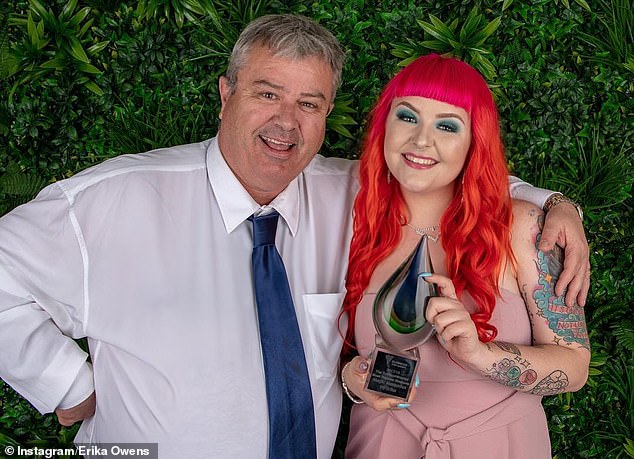 Changing: Erika’s signature look was starting to take shape in this photo taken in 2018

In photos taken when she was around 19 or 20, Erika is completely unrecognisable compared to her current image.

Without her vibrant makeup on, she looks fresh-faced and youthful.

Her hair appears to be a natural dark brown and her lips look much thinner than the plump pout she now sports.

Erika is currently starring on the latest 90 Day Fiance spin-off, B90 Strikes Back, which features cast members from the most recent season of Before The 90 Days reacting to their episodes in a similar style to Gogglebox. 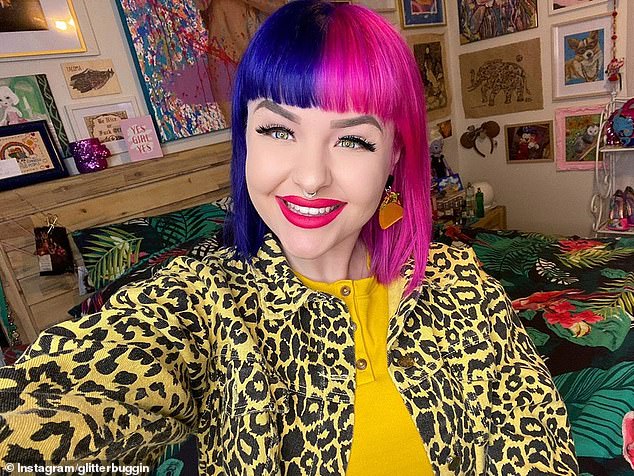 Superstar! Since appearing on Before The 90 Days, Erika has racked up over 360,000 followers

Move Over Mirchi Ka Salan, Here Are 3 Unique Salan Recipes To Spruce Up Your Meal 0