The completion of the Trans Adriatic Pipeline (TAP) — which began delivering its first gas from Azerbaijan to Italy on December 30 — has shone light back on the role played by ex-UK Prime Minister Tony Blair in brokering the deal with one of the world’s brutal dictators.

Likewise, former German Chancellor Gerhard Schröder, as chairman of the board of directors of the Nord Stream 2 project, is helping the Kremlin in its bid to finish the pipeline linking Russia and Germany. So, what is it with 1990s European Social Democrats that attracts them to today’s dictators and their gas pipelines?

It was often noted that ex-Trotskyites (those who followed the line of the dissident Leon Trotsky as opposed to Joseph Stalin in the USSR) became the most fervently hawkish people with neoconservative views (neocons) under George W Bush. Imbued with a dialectical — conflictual view of history, they made their rightward move leading up to the Iraq War of 2003.

But there was a certain logic behind the shift, a resolution perhaps of what the philosopher Karl Popper called “crippling epistemology,” the problem of facts being sought to match preexisting ideological belief systems. However, giving up the leftist charade was never a very Social Democratic thing to do.

The pull of big money

Gordon Brown and other ex-leaders of the Labour Party in the UK still do ostensibly good work, for little money, for example. But as the left has floundered across the Western world, people like Blair and Schröder have joined Bill and Hilary Clinton in the club of materialistic center-leftists.

“Tony Blair always envied how much money Clinton had gathered,” says Meghnad Desai, a former Labour politician and London School of Economics professor. “So he set up his consultancy and advised Central Asian dictators. But the Conservatives have style. John Major joined a top private equity company and has made millions. The Social Democrats lack the style,” he adds. 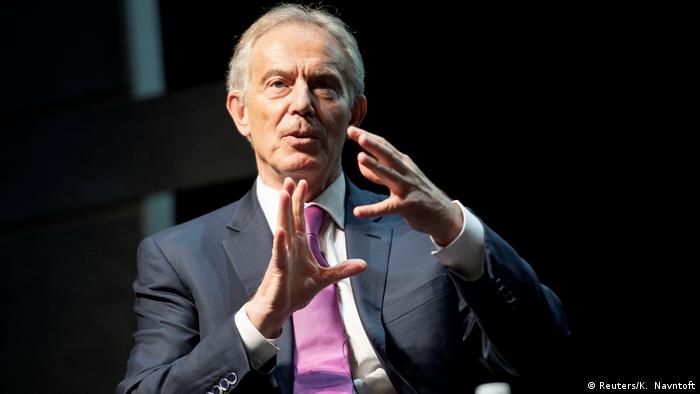 The day Tony Blair left British politics in June 2007 he became the special envoy to the Quartet on the Middle East, during which time he set up Tony Blair Associates (TBA). All profits from TBA went to support his work in areas such as the Climate Group, Faith Foundation and Africa Governance Initiative, all of which offer consultancy on their respective topics. The mechanism was similar to Blair’s Third Way philosophy in the 1990s, except on a bigger scale: Make nice with big money, give it what it wants and then spread a little of its wealth to areas that do good things.

Blair also spent much of the profits on a multi-million property empire for himself and his children. The financial crash of 2008 put an end to the Third Way foible in the liberal West. When the credit crunch shifted from Wall to Main Street, it was public services that were cut rather than bankers’ bonuses. The Social Democrat is said to be worth around $60 million (€53 million).

In July 2014, Blair was hired to advise a BP-led consortium to export natural gas to Europe from Azerbaijan. On December 31, 2020, Azerbaijani gas from the Shah Deniz deposit in the Caspian Sea flowed for the first time along the Southern Gas Corridor.

All TBA income was reportedly paid to Windrush Ventures 3, one of several companies Blair set up to manage his business interests that allowed him to avoid publishing full accounts. “[This is] sort of the ‘revolving door syndrome’ just cross-national rather than within the same country,” says Anna Mikulska from Rice University’s Baker Institute for Public Policy.

Former German Social Democrat (SPD) Chancellor Gerhard Schröder (1998–2005), has been working for the Russian energy industry since he retired from politics in 2005.

“Since then, he has become one of Putin’s most effective Trojan horses in Europe speaking out against Transatlantic sanctions and policies aimed at countering [President Vladimir] Putin’s hybrid threats toward the West, while the current CEO of the pipeline is none other than Putin-confidant and ex-Stasi officer, Matthias Warnig,” Benjamin L. Schmitt, a researcher at Harvard University, says. Schröder received $600,000 in salary for 2019. Since 2017, Schröder has also served as an independent director of the board of Russia’s biggest oil producer, Rosneft.

Schröder’s pro-Russia stance, is in part a hangover from one of his SPD predecessors, Willy Brandt and his policy of detente toward the USSR from the early 1970s. “The truth is that German and Russian utilities/gas companies have a very long working relationship and Germany somehow sees this as a market relation,” Mikulska says.

“Projects like the Kremlin-backed Nord Stream 2 pipeline are used within the Russian Federation as a means of enriching contractors with close ties to Putin and is not limited to domestic allies of Putin,” Schmitt says.

From Third Way to my way

Both Blair and Schröder built a brand of center-left politics termed the Third Way in the mid-1990s, based on the notion that markets and social justice naturally go hand in hand, that economic growth was predicated on allowing markets to flourish, as long as corporates paid their share. It was the New Labour government’s PR guru, Peter Mandelson, who once admitted he was “intensely relaxed about people getting filthy rich as long as they pay their taxes.” 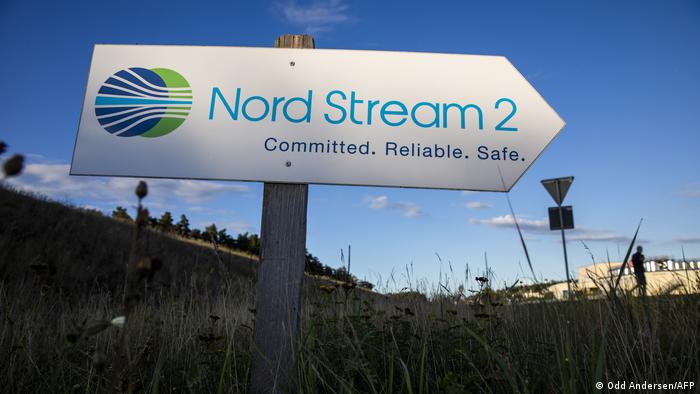 The Nord Stream 2 gas pipeline may indeed be reliable and safe, but above all it has been controversial

After a decade of austerity in the UK, rising inequality and growing unrest also in Germany, this Social Democratic dream world seems rather quaint now. “Productivity in the UK economy has been falling for decades,” says Gavin Rae, a sociologist at Kozminski University in Warsaw. “Thatcherism was an attempt to reverse this, but ultimately unbalanced the economy towards finance, with poorly paid service jobs replacing manufacturing,” he says.

Third Way politicians of the 1990s moved into this gap.

“They transformed their parties into winners by effectively giving the leading industries in their economies exactly what they wanted — light-touch regulation of finance in the UK and labor market reform for the car sector in Germany to keep a lid on wages and hence improve export competitiveness,” says Brown University’s Mark Blyth. “Where they are now is where they would have been anyway had they never governed — high up corporate — [at the] dodgy end of energy and money.”

Adm. Giroir: Coronavirus vaccines will be 'effective' against new strain 0